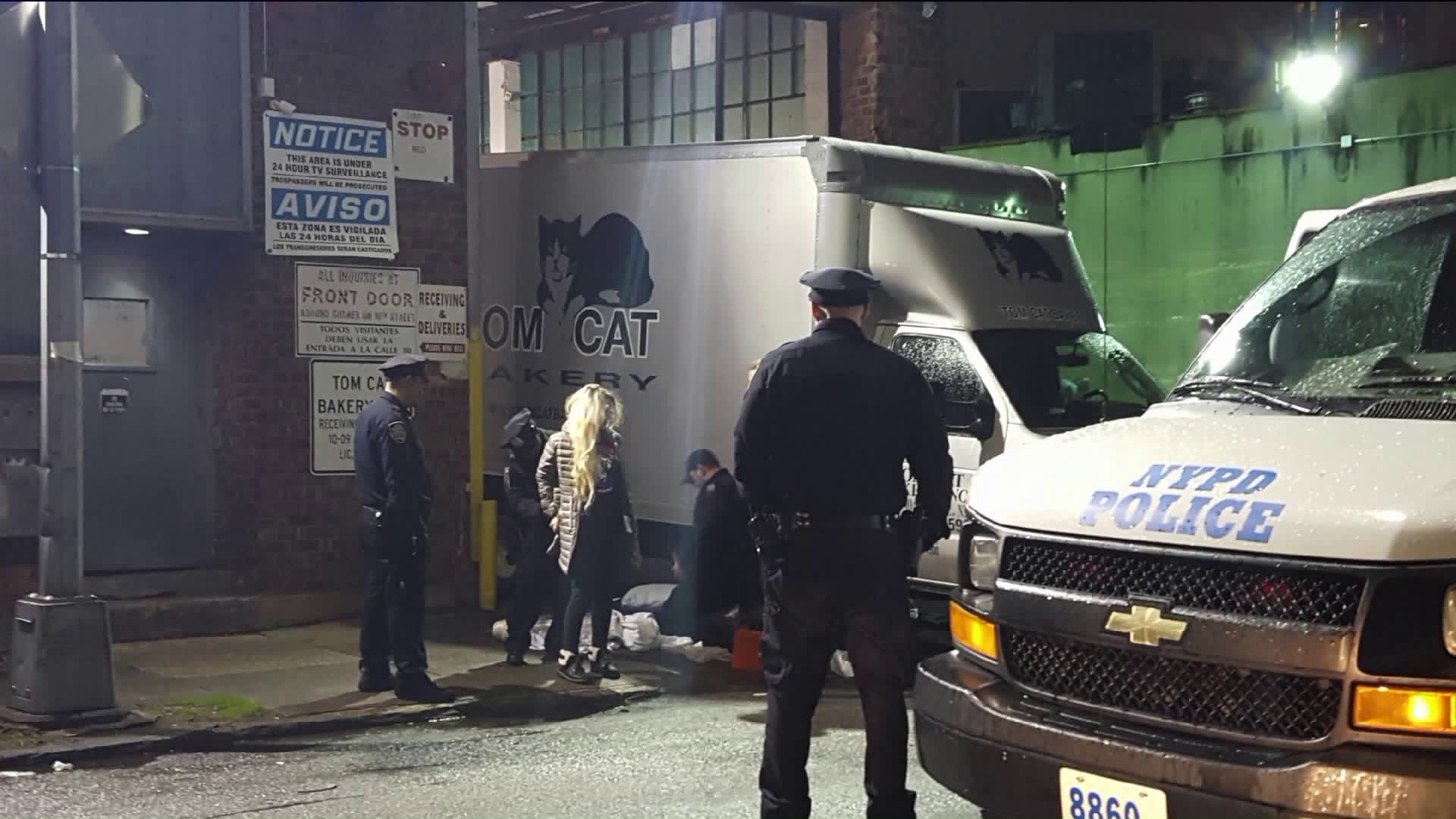 Four people had chained themselves to the underside of Tom Bakery trucks to block their work as part of an ongoing protest for 31 workers about to be fired.

A few protesters were arrested by cops after they chained themselves to trucks belonging to Tom's Cat. The demonstration was to fight back against the bakery's move to fire immigrant workers without proper documentation. (Kirstin Cole)

Four people had chained themselves to the underside of Tom's Cat Bakery trucks to block their work as part of an ongoing protest for 31 workers about to be fired. As police officers used bolt cutters to slice through thick chains, supporters of the workers stood by, taking pictures and clapping.

A larger rally is expected to begin at 6:30 a.m. as part of a citywide protest dubbed #ADayWithoutBread.

Tensions have been rising at this local bakery that has come under scrutiny from the Department of Homeland Security. In response, notified workers they would be fired. The workers were given an ultimatum to produce valid work documents or be fired.

As a counter, these employees have been joined by community groups, including Brandworkers to rally and protest over what they say are the unfair targeting of immigrants by the Trump administration.