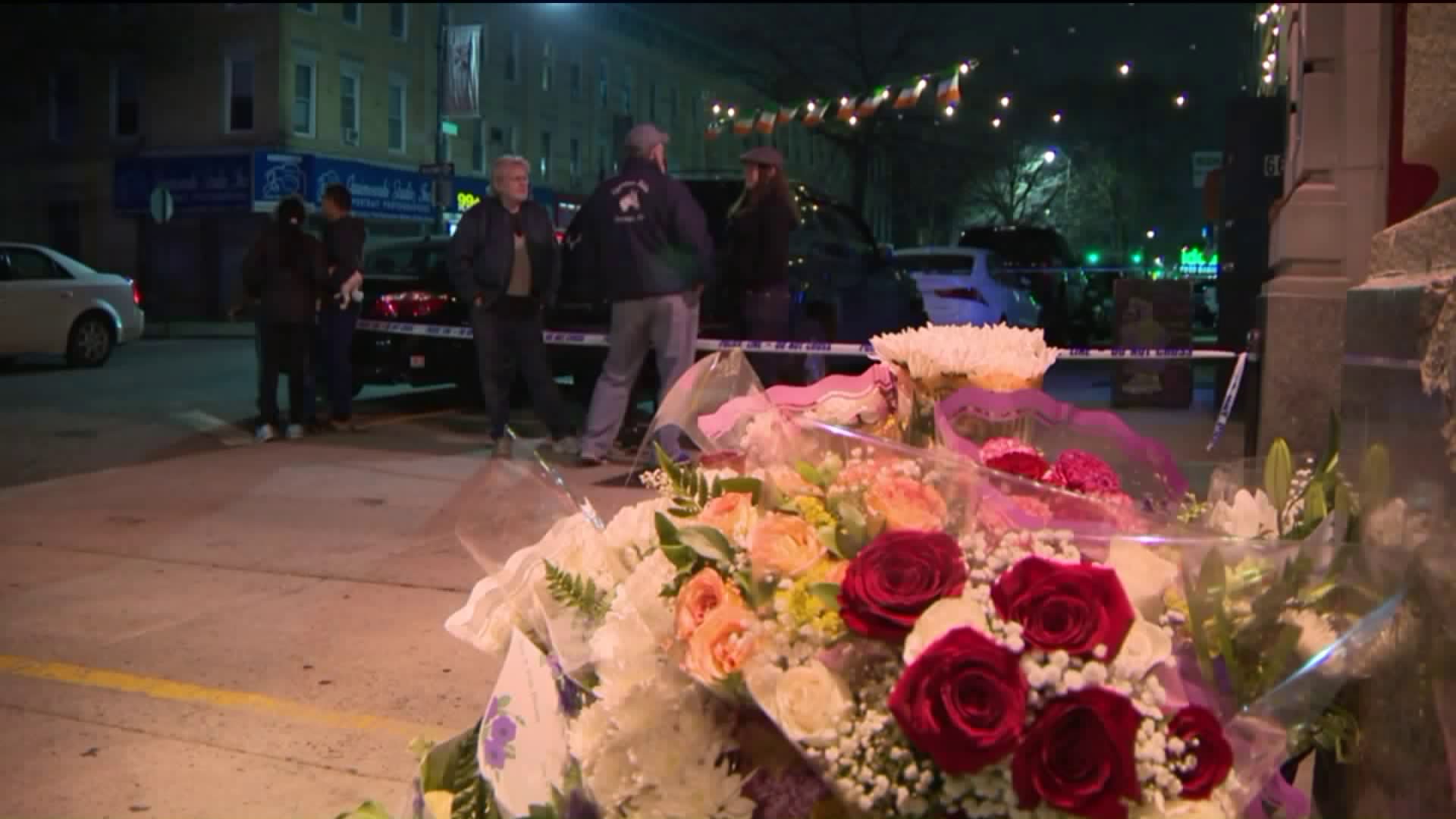 A routine operation taht that turned fatal is the subject of an intense investigation by the FDNY`s fire safety unit.

RIDGEWOOD, Queens – Hundreds of New York's bravest stood shoulder to shoulder at Wyckoff Heights Medical Center as the flag draped the body of 42-year-old veteran William Tolley was carried out by members of his ladder company.

Tolley responded to a fire at Putnam Avenue in Ridgewood, Queens around 2:30 p.m. Thursday and worked to put it out. He was on the roof during a routine operation, clearing heat and smoke. As he attempted to enter Tower Ladder 135, it began sway.

"The circumstances of the tragedy and the fall are right now under investigation by our safety command and by our Bureau of Fire Investigation," Nigro said.

Eyewitnesses say they saw the ladder jerking. "It shook so hard that it pushed him down," an onlooker said.

Members of his Engine Company 286 watched in horror as the 14-year veteran lost his foot and plunged to his death.

"There was nothing about the fire that really had anything to do with the accident that occurred," Nigro said. "It was really in the operation that he was performing on the roof, which is a routine operation for us, and, somehow, he fell from the roof."

Nigro says as of now, the fire was not considered suspicious.

Tolley is the 1,147th member to die in the line of duty. His death comes one month after the death of EMT Yadira Arroyo.

At Ladder 135 Engine 236 where Tolley spent his entire career, his crew raved about how much of a nice person he was.

There memorial growing outside the firehouse in honor of the hero who made the ultimate sacrifice. Tolley leaves behind his wife, Marie, and a daughter, Isabella, 8.