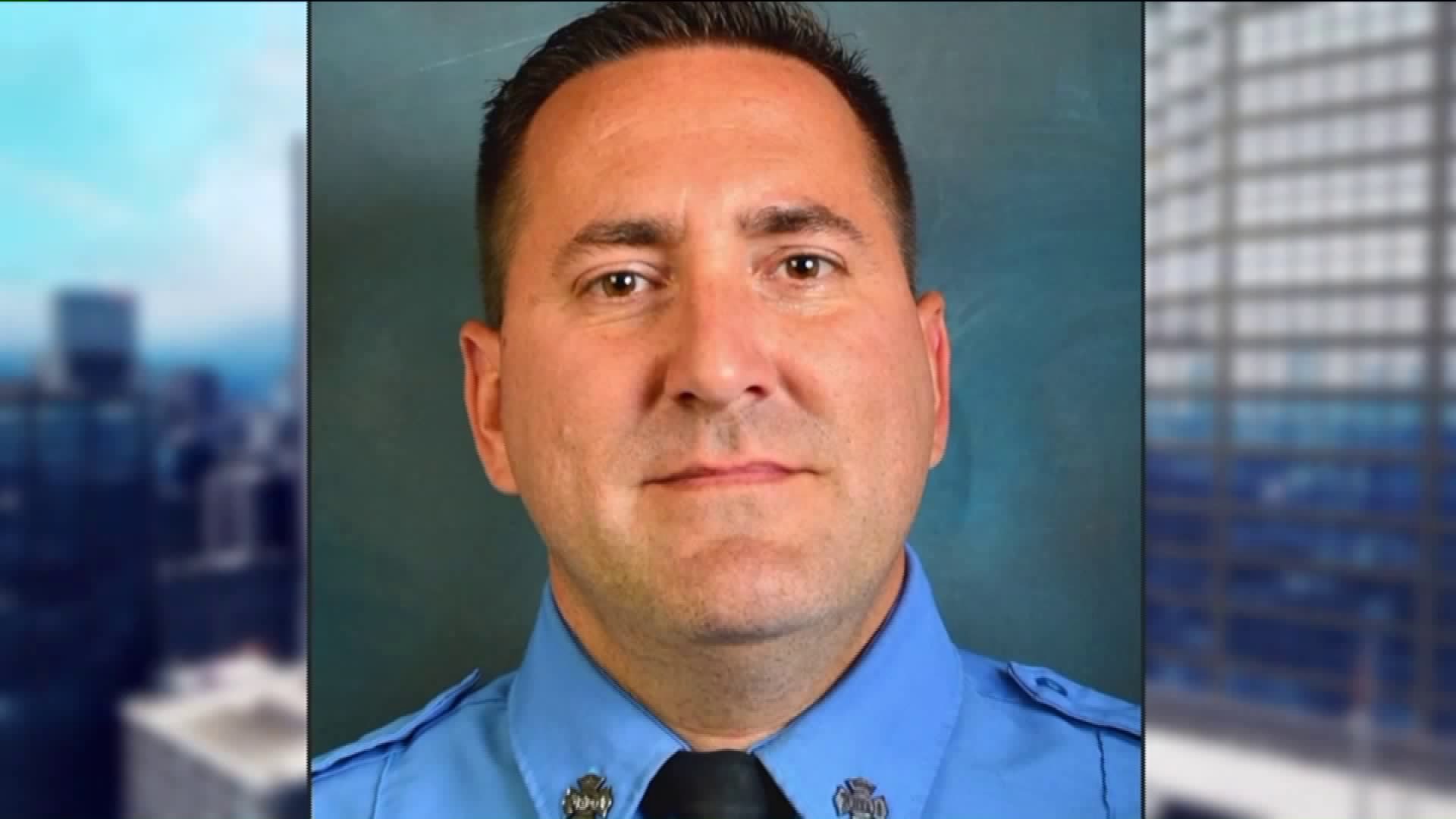 RIDGEWOOD, Queens — Incense left burning unattended are being blamed for starting a fire inside a Queens apartment building where a firefighter fell to his death, the fire marshal determined Friday.

FDNY firefighter William Tolley was responding to the blaze in Ridgewood on Thursday when he fell from the top of the five-story apartment building at 1615 Putnam Ave.

A fire had broken out on the second floor of the building, sparked by incense that were left burning "in observance of a religious practice," the FDNY said. Residents of that apartment were not home at the time but had left the incense burning in the bedroom.

“Compounding the tragic loss of Firefighter Tolley’s life is that the fire he responded to and fought bravely could have been prevented,” Fire Commissioner Daniel Nigro said . “You should not leave objects such as incense or candles burning while unattended, and I urge all New Yorkers to follow these safety rules to prevent a tragedy in the home.”

There were no working smoke alarms in the apartment, which caused a delay in discovering that a fire was burning, fire marshals determined. Neighbors who smelled smoke had called 911 at about 2 p.m. Thursday.

An investigation into Tolley's death is underway, including whether Ladder 135's apparatus experienced any operational or equipment issues at the time of his fall.

Tolley, 42, is survived by his wife and 8-year-old daughter, as well as his brother and both of his parents.

A wake will be held on Tuesday and Wednesday at Chapey and Sons Funeral Home at 20 Hicksville Road in Bethpage.  Tolley’s funeral will be held at 11 a.m. Thursday, April 27, at St. Martin of Tours, located at 220 Central Ave. in Bethpage.