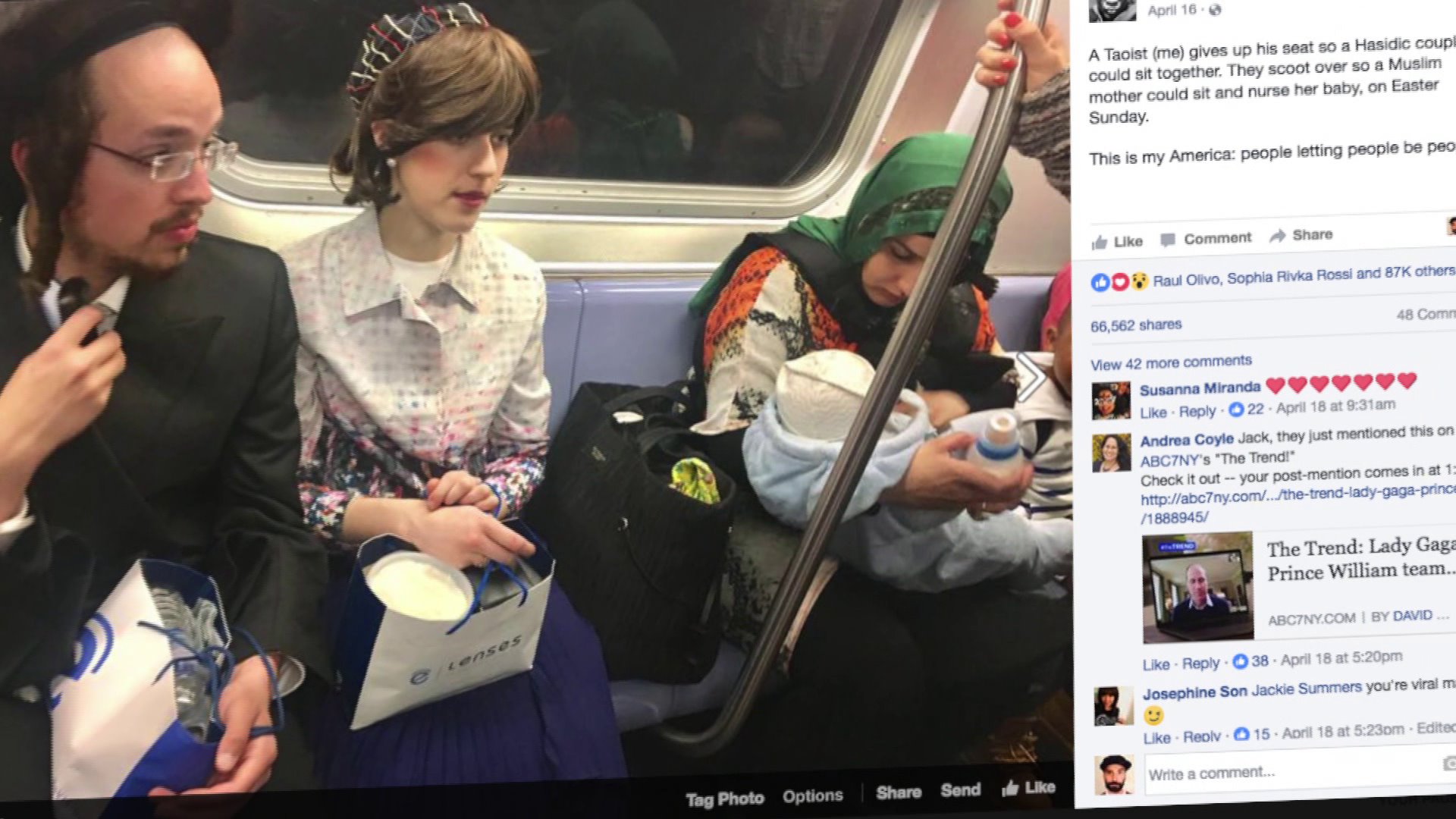 Snapped by a Brooklyn man, Jackie Summers, he called it "my America."

BROOKLYN — A moment in time captured aboard a Brooklyn-bound F train featured a Hasidic couple who scooted over to give a Muslim woman enough room to nurse her child.

Snapped by a Brooklyn man, Jackie Summers, he called it “my America.”

“With the climate that we’re living in – politically right now – there are elements that are trying to divide us,” he told PIX11 News. “This should be how everyday should be - we shouldn’t have to think whether or not someone worships the same God, looks the same way.”

After sharing it on social media on Easter Sunday, the photo hit viral status and the reception — for the most part — was positive until a few days later when the tide had turned.

“[Wednesday] morning I woke up and looked at my Twitter, a lot of white nationalists and there’s no other word to put it but Nazis, were threatening violence and were threatening my life,” he said.

“I think there are people who are threatened by the idea that oppressed people could work together to solve problems,” Summers explained. “If we work together, we’re pretty much unstoppable and that’s upsetting to certain folks and that’s ok.”

Summers, who is a contributing writer for the “Good Men Project” — a blog that addresses social issues pertaining to masculinity – has been the target of cyber trolls in the past. That experience left him unfazed by the recent threats where he didn’t even report them to Facebook or Twitter.

Summers did however take note of how a simple gesture of decency has become such an anomaly in our modern world.

But in the diverse city of New York, according to him, not so much.

Despite the threats of violence, Summers says he will continue to use social media as a tool to spread positivity and as for the haters who continue to troll him, the plan is to “delete, block, repeat.”