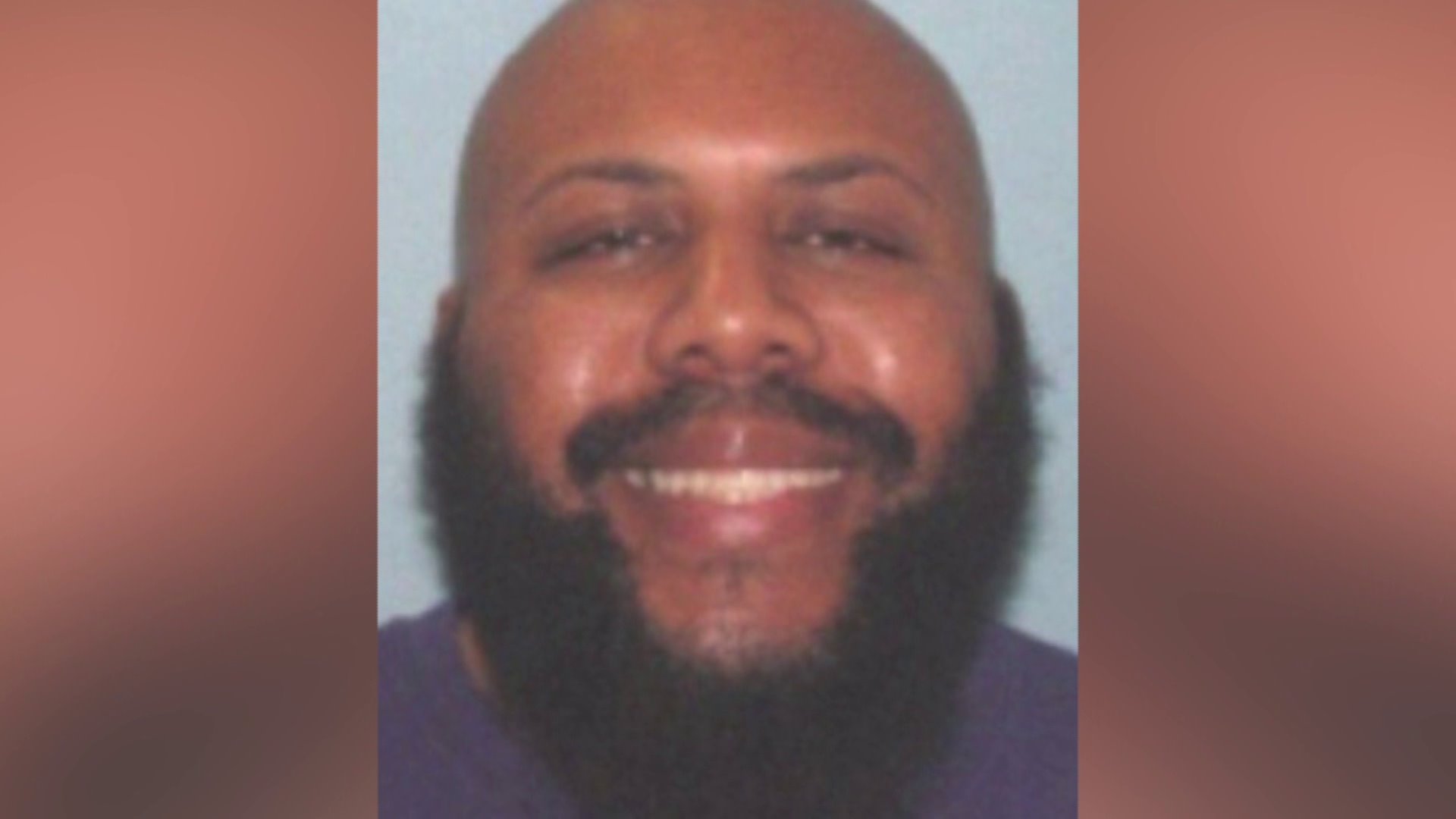 After calling 911, the employees gave Stephens his order of McNuggets but held onto the fries, trying to keep him at the drive-thru long enough for police to arrive.

ERIE, Penn. — A days-long, nationwide manhunt for the suspect in the random slaying of an Ohio grandfather that was posted to Facebook ended Tuesday, thanks to vigilant workers at a McDonald's drive-thru.

Pennsylvania State Police received a tip just after 11 a.m. Tuesday that Steve Stephens' car was spotted in the parking lot of a McDonald's in Erie, Penn., about 100 miles away from Cleveland, Ohio, where Robert Godwin Sr. was killed on Easter Sunday.

Shortly before a police chase that ended in his death, Stephens had pulled into the McDonald's drive-thru on Buffalo Road and ordered a 20-piece Chicken McNuggets and large order of French fries.

Thomas Dusharme, owner of the McDonald's restaurant on Buffalo Road, told Erie News Now that a drive-thru employee recognized Stephens as he pulled up to the window to receive his food.

"She called the state police right away," Dusharme said.

After calling 911, the employees gave Stephens his order of McNuggets but held onto the fries, trying to keep him at the drive-thru long enough for police to arrive.

But Stephens didn't bother waiting for the fries, Dusharme said. Instead, the suspect pulled out "not at a high speed."

"He couldn't have gone 100 feet" before police were on him, Dusharme said.

When troopers arrived, Stephens was leaving the parking lot and a "brief pursuit" ensued. State troopers trailed Stephens for 2 miles before initiating a PIT manuever near an abanonded school to disable the suspect's vehicle, a white Ford Fusion.

"As the vehicle was spinning out of control from the PIT manuever, Stephens pulled a pistol and shot himself in the head," Pennsylvania state police said in a statement.

He died at the scene.

A $50,000 reward was offered for information that led to Stephens' arrest. It's not known if the McDonald's workers will receive that money, which would be rewarded anonymously by Crime Stoppers.

Stephens had been wanted for allegedly shooting Godwin — a father of 10 and grandfather of 14 — as the 74-year-old was walking home from Easter dinner. Video of the killing was posted to Facebook that day and later removed.

In another video, Stephens said he was going to continue his violent rampage and claimed to have killed more than a dozen others. Federal investigators said Godwin is the only known victim.

That sparked what started as a five-state manhunt that included New York and soon became a nationwide search for Stephens, who was a vocational specialist who worked with youth and young adults.

By midday Tuesday, nearly 400 tips had been called in with reported sightings of Stephens being made as far west as Texas, Cleveland Police Chief Calvin Williams said.

It appears Stephens chose his victim at random, snapping perhaps because he was angry with his girlfriend or overwhelmed by gambling debts, as evidenced by what the suspect said in a now-deleted video.

Godwin was a former manufacturing worker and self-taught mechanic who is survived by 10 children and 14 grandchildren. Soon after Godwin was gunned down, his family said they have forgiven the shooter and called on him to turn himself in.

"It's just what our parents taught us," Godwin's daughter Tonya Godwin-Baines told CNN's Anderson Cooper. "My dad would be really proud of us and he would want this from us.

His children said Godwin was a kind, peaceful man who loved to fish and do his daughters' hair. He was often seen carrying a plastic bag he used to pick up errant cans and plastic bottles littered in his neighborhood. He was doing just that when he was killed.

"They don't make men like him anymore," his daughter Debbie Godwin said. "He was definitely one in a million."

Investigators are now tasked with backtracking Stephens' movements since the shooting.

Investigators don't believe he had any accomplices but it's unclear where the suspect had been staying, said Major William Teper Jr., with the Pennsylvania State Police Troop E.

CNN had reported on Monday that Stephen's cellphone last released a "ping," or a signal, in Erie, but neither Teper Jr. nor Cleveland Police Chief Calvin Williams would confirm that to be true.

Teper Jr. said many tips had been generated in the Erie area, but none produced any evidence, like surveillance footage, to prove that Stephens had been there. He thanked the public for its "diligence" and "numerous tips" that helped to end the manhunt.