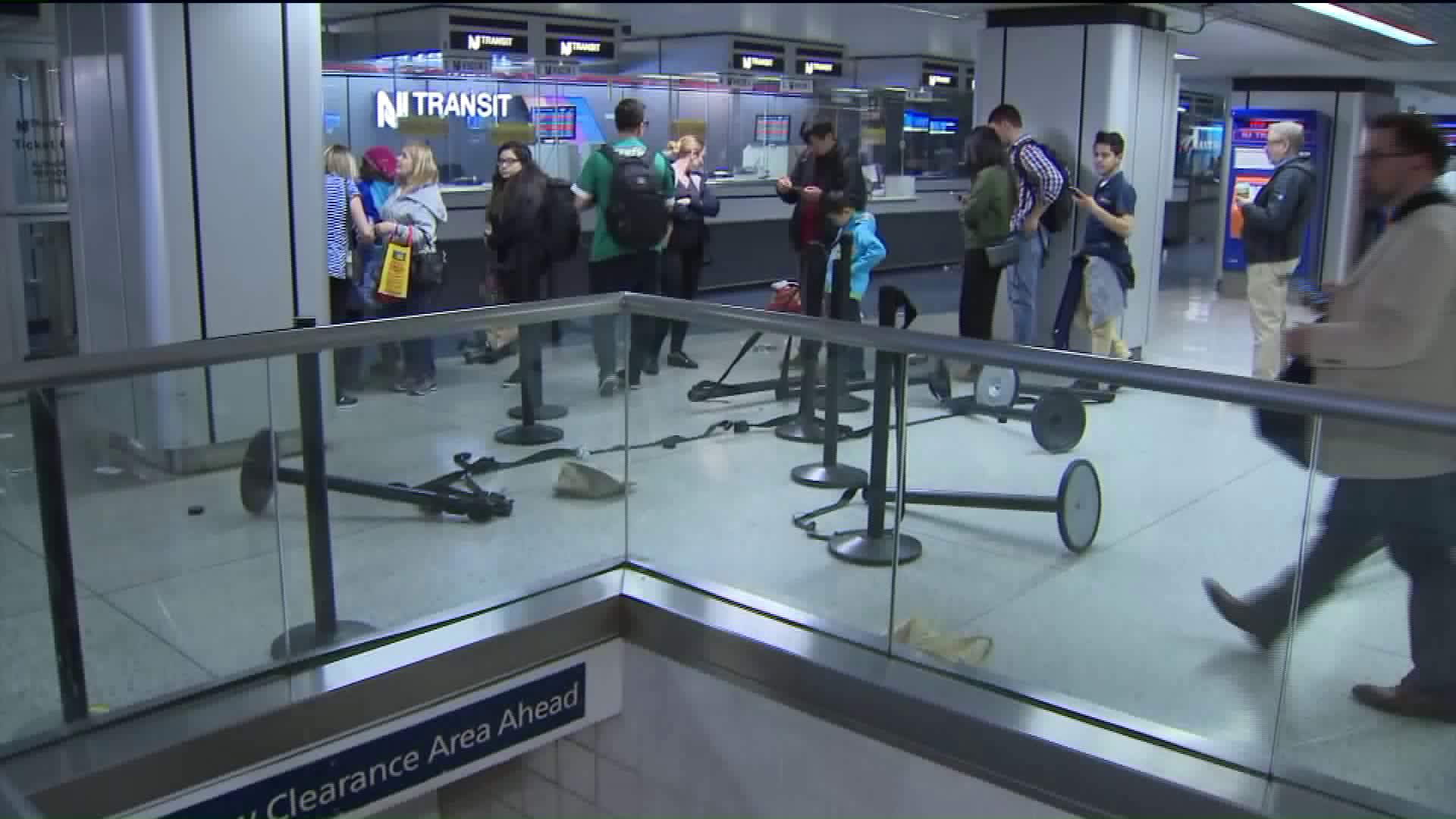 Rumors flew up and down 34th Street, spurring a frenzy at the transit hub and Macy`s Herald Square.

MIDTOWN MANHATTAN — False reports of a shooting at Penn Station sparked chaos at the busy transit hub Friday on the eve of the holiday weekend, with hundreds of people scrambling for safety in what was likened to a stampede, while down the street at Macy's Herald Square, a similarly false shooting report spurred a frenzy.

Police said there were no shots fired at Penn Station, Macy's or the surrounding area. J. Peter Donald, the NYPD's assistant commissioner for communication and public information, confirmed "bad information" was spread on social media and there was no shooting.

At Penn Station, Amtrak police used a Taser on an individual whom they were trying to subdue, sources told PIX11 News. Commuters saw what happened and concluded there was a gun involved.

Twitter accounts reported a stampede of people rushing out of the station around 6:30 p.m. Friday.

When the situation had calmed down, commuters returned to the station to continue their rides home or gather their belongings.

MTA said two individuals were taken into custody at the transit hub for "disobeying orders." The Taser was used on one of them.

FDNY said at least 16 people were treated for non-life threatening injuries they suffered during the panic at Penn Station.

Within the hour and just blocks away from Penn Station, false reports of shots fired at Macy's Herald Square spurred chaos at the flagship store.

Donald said the "numerous" calls for shots fired in and around Macy's on 34th Street are "all unfounded."

Still, there was confusion among shoppers and staff who ran from the building or took shelter in stairwells or hallways until police declared the scene all clear.

A shopper inside Macy’s told PIX11 News she was about to pay when a rush of people started to run for the exits. She and several employees hid in a stairwell until they could get out. They ultimately exited the building safely.

Additionally, we have responded to numerous calls for shots fired in & around @Macys on 34th Street in Manhattan. All are unfounded

Another woman inside Macy’s said she was part of a large group ushered to the ninth floor. She tweeted a photo showing dozens of individuals packed into a hallway near the elevators.

Currently at the Harold Sq @Macys - people have been ushered to 9th floor. Possible active shooter in the building?! pic.twitter.com/lFXPJ0kWon