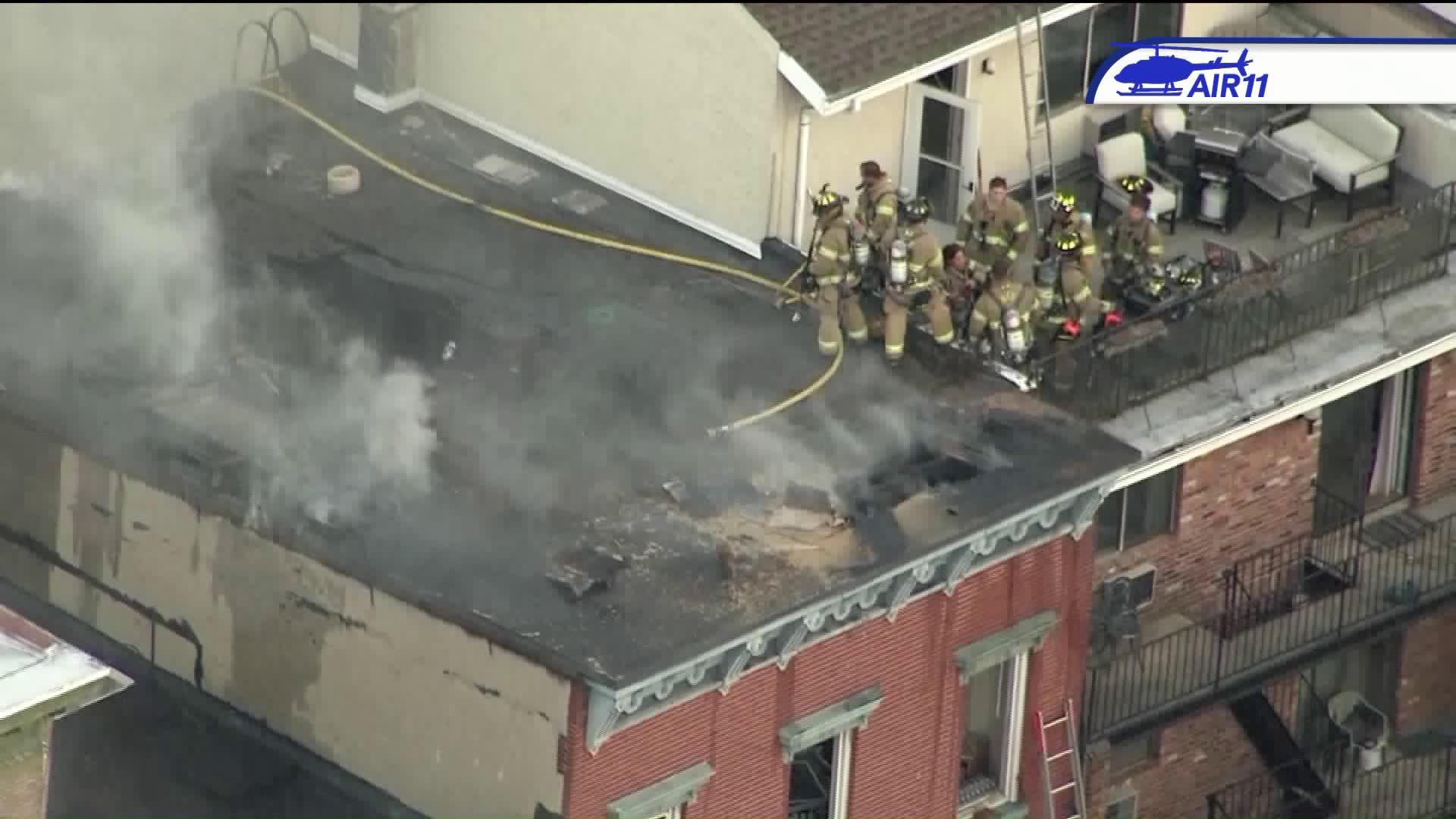 The roof of a Hoboken apartment collapsed as firefighters battled a blaze Friday morning that prompted evacuations of three buildings.

HOBOKEN, N.J. – The roof of a Hoboken apartment partially collapsed as firefighters battled a blaze Friday morning that prompted evacuations of three buildings.

The fire broke out on the third floor at 64 Monroe St., according to Hoboken Mayor Dawn Zimmer.

Residents at a neighboring building say smoke alarms awoke them around 5:30 a.m.

"We just heard the alarm and I knew what to do, which was evacuate immediately," a resident said. "Luckily my purse was next to my bed, and I grabbed it. Otherwise, I would have just left it."

More than a dozen firefighters responded to the scene, and were seen on the roof as a portion of it appeared to collapse.

No one was injured in the blaze, which forced the evacuation of three buildings.

"Out of an abundance of caution," the effected building and two neighboring complexes were evacuated, Zimmer said.