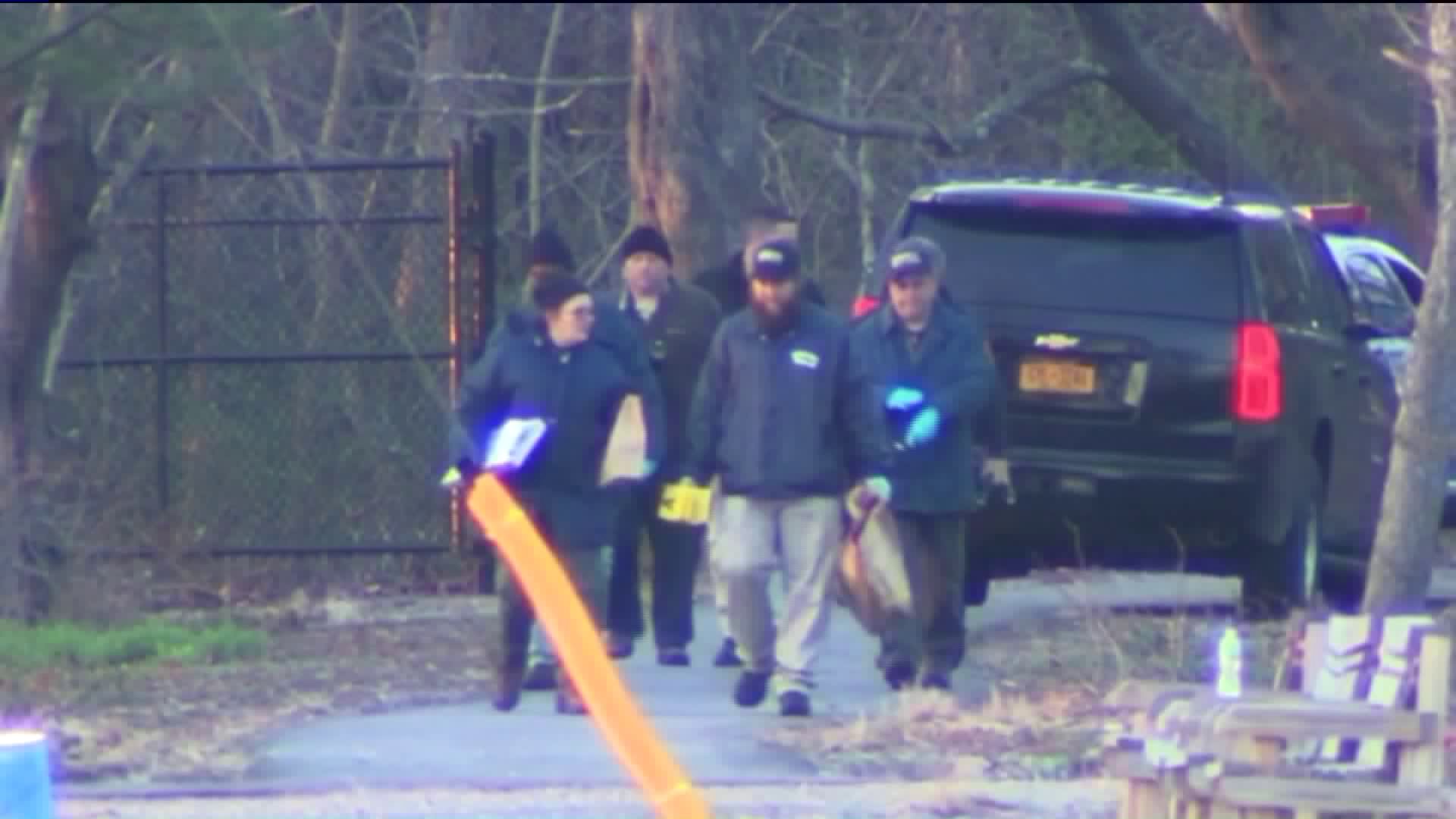 A quadruple homicide investigation is underway after four bodies were discovered inside a Long Island park early Thursday, according to police. 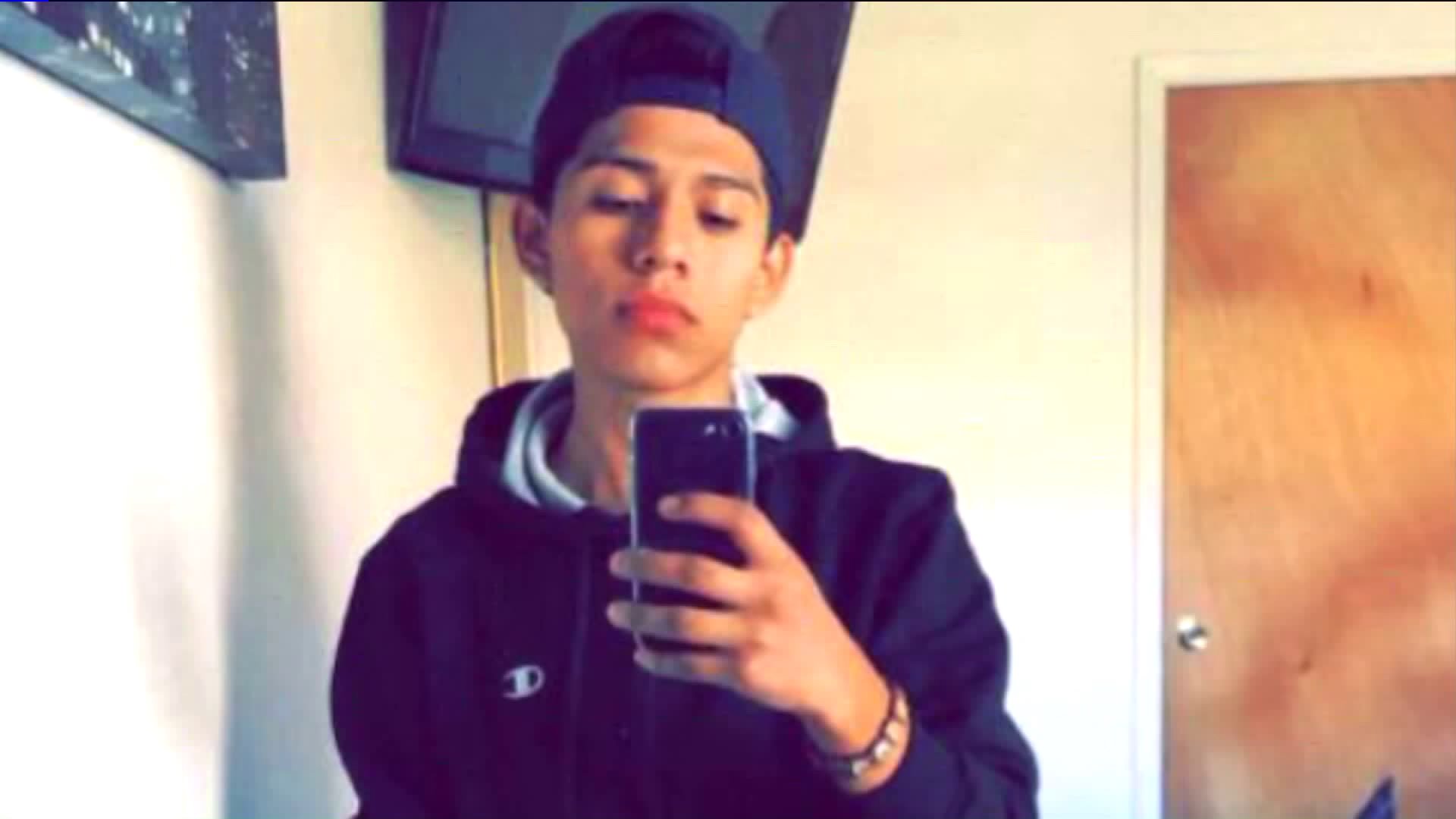 CENTRAL ISLIP, N.Y. — The killing of four people, including three teenagers, who were found dead at a Long Island park is consistent with MS-13 — offering a "stark reminder" that the local community continues to be at war with the deadly gang, police said Thursday.

Four corpses with “significant trauma” were discovered in the Central Islip Recreational Center Park off Clayton Street around 8 p.m. Wednesday, according to Suffolk County police. A sharp or edged instrument was used in the killings.

Police have yet to make "definitive ID's," and on Thursday only identified those killed as four males: one who was 16 years old, two who were 18, and one who was 20.

The killings are consistent with the "modus operandi" of the MS-13 gang, and offer a "stark reminder" that the community continues to be at was with the gang, police said at an afternoon news conference.

“This is a long-term war. And make no mistake about it. This is a war,” Sini said.

Hours later, Llivicura's family told PIX11 police had informed them the teen was among the dead.

PIX11 has sought confirmation from police.

Both teens attend Bellport High School, and were at the park with as many as three other people Tuesday evening, family said.

About a dozen distraught people, including family and friends of the teens, say they have not been heard from since.

Police are not revealing when they believe the victims were killed, in an effort to "maintain the integrity of the investigation." They have, however, said the males were killed in the past "few days."

Jorge’s brother, William Tigre, tells PIX11 he received a frantic phone call Wednesday evening from someone claiming, "I just escaped from the car, and watched them kill your brother."

The phone went dead before William Tigre says he was able to respond, or ask questions.

Police have not commented on the alleged phone call.

Prior to police comment Thursday afternoon, friends of those missing said they believed MS-13 gang members, who are also accused in a slew of recent teen killings in the area, are responsible.

“Girls, boys, just to get initiated into the gang,” friend Brian Mendosa then said.

MS-13 is a “transnational” street gang pinned for numerous crimes across the country, prompting the FBI in 2004 to start a MS-13 National Gang Task Force.

Four members were arrested last month in connection to a recent spree of teenage killings in the Brentwood area in 2016, according to police.

The killings began in September with the deaths of Nisa Mickens, 15, and Kayla Cuevas, 16. They were walking in the area when MS-13 gang members allegedly tried to kidnap Cuevas. Mickens tried to fight off the kidnappers and both of the teenage girls were killed.

The body of Oscar Acosta, 19, was also discovered that month, and the body of Miguel Garcia Morán, 15, not long after that, according to police. MS-13 members are suspected in all of the deaths.

Known MS-13 member, Jose Pena-Hernandez, 18, was found dead in October, according to investigators.

The four individuals arrested in March have been accused in the deaths of Mickens, Cuevas and Pena-Hernandez, officials said last month.

No arrests have been made in Wednesday's grisly discovery.

A $25,000 reward for information leading to the arrest of those responsible is being offered, police said. Tipsters can remain anonymous and call 800-220-TIPS