Teen accidentally kills himself on Instagram Live while friends watch 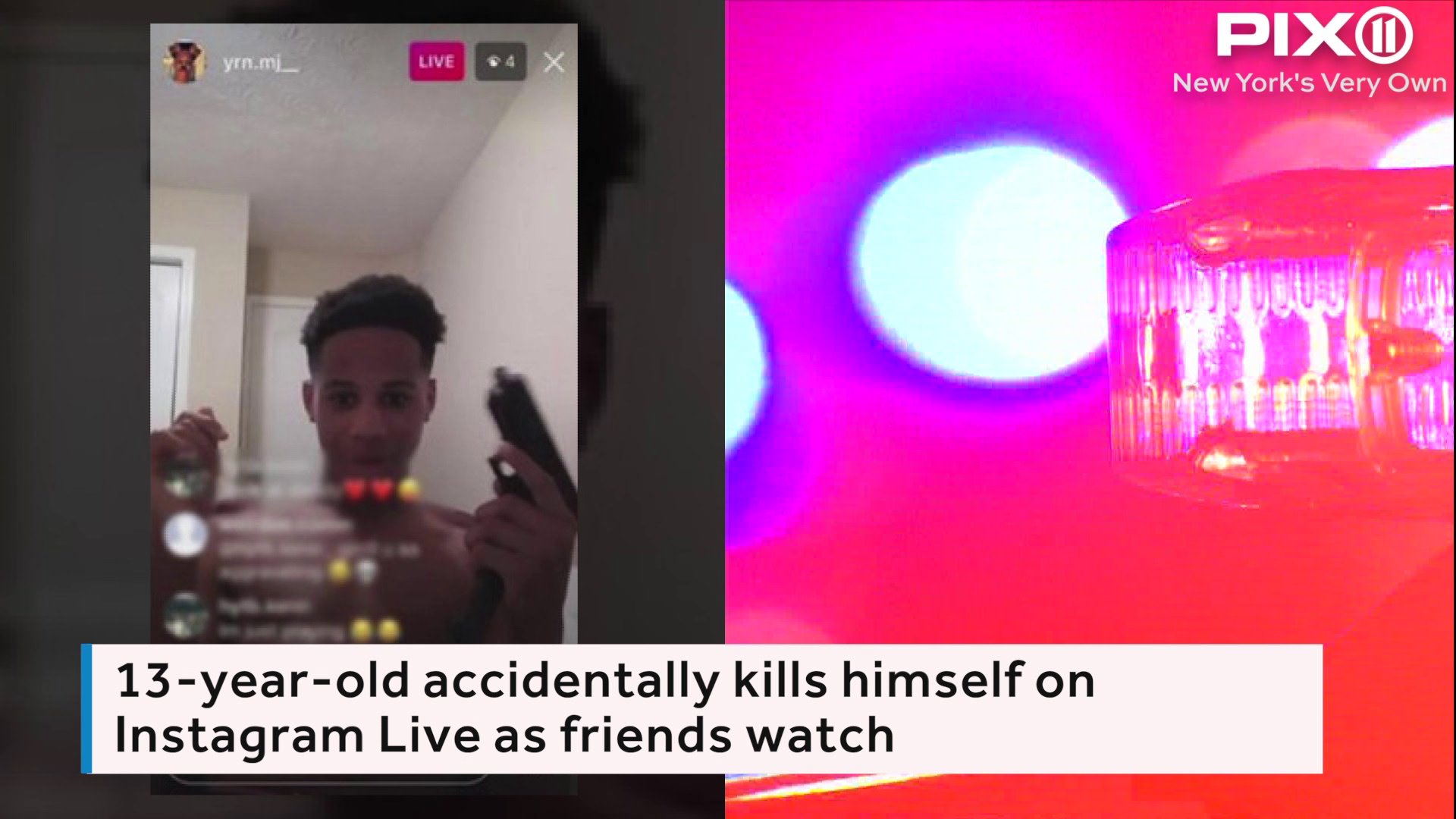 Shaniqua Stephens had just watched her 13-year-old son, Malachi Hemphill, take out the trash Monday evening when she heard the gunshot.

ATLANTA — A teen is dead after he accidentally shot himself while his friends watched on Instagram Live.

“I heard a big boom," his mother Shaniqua Stephens said. "I couldn’t tell if it was a gun shot or what."

Stephens had just watched her 13-year-old son, Malachi Hemphill, take out the trash Monday evening when she heard the gunshot.

She rushed upstairs with her daughter to find her son in pool of blood. His phone was still streaming on Instagram Live.

“We kicked in the door. We found him just laying there in a pool of blood," Stephens recounted to WXIA. "My daughter screamed and said, ‘Mom turn his phone off!' As I proceeded to look at his phone he was on Instagram Live.”

The teen was live on Instagram holding a gun when it suddenly went off. He was rushed to the hospital where he died.

Many of the teen's friends were watching when the shooting occured and rushed to his house. Stephens told WXIA someone told him to put a clip in the gun during the live video and he obliged.

Stephens believes it was an accident and not a suicide.

Detectives are working to find out how Malachi got ahold of the gun.

Stephens is now urging parents to keep a vigilant eye on what their children are doing.

"Monitor their phones, just monitor your children," Stephens said. "More now than anything."