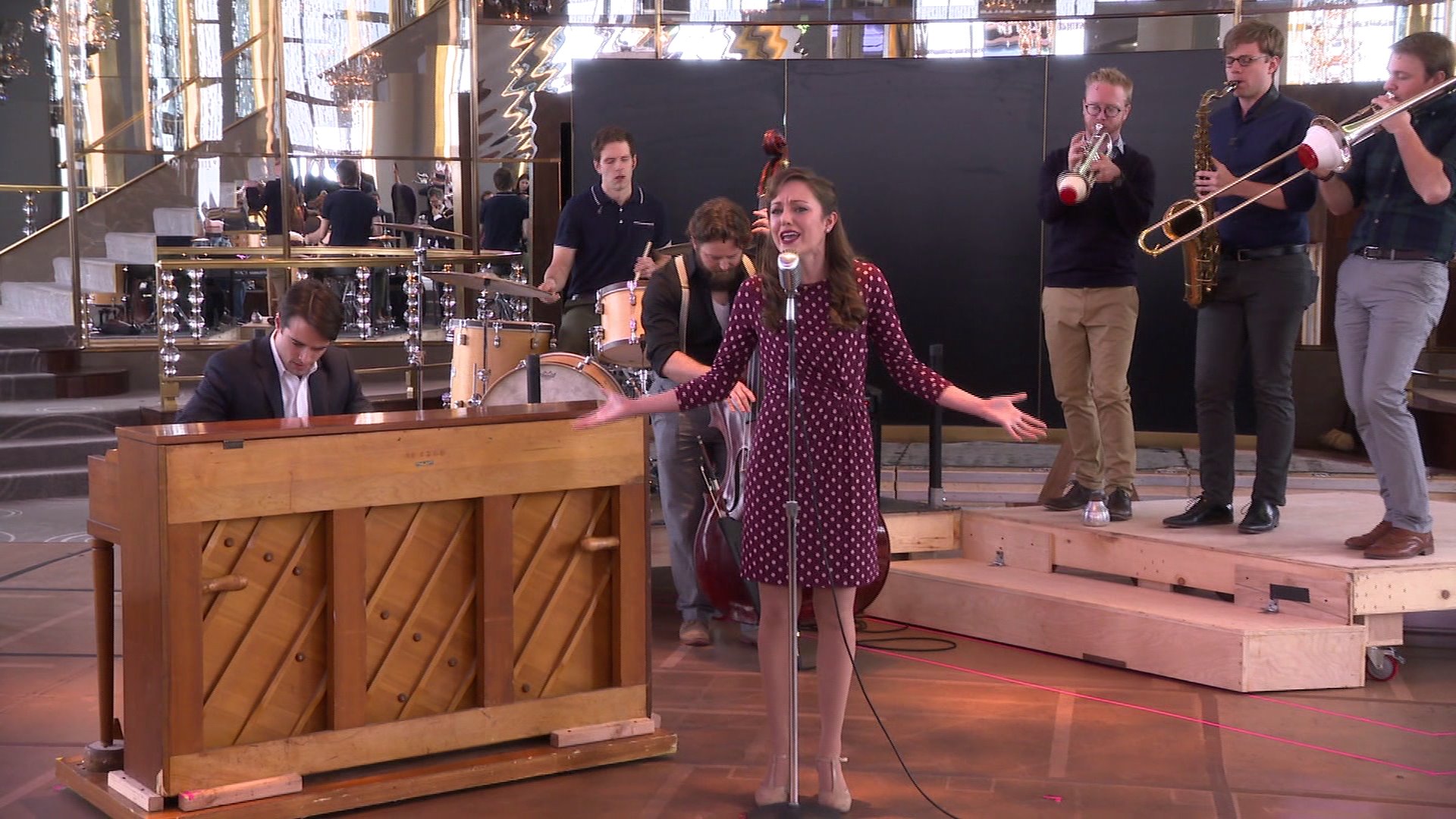 PIX11 meets the cast of the original new show "Bandstand" ahead of its first show.

MIDTOWN, Manhattan- They sing and they swing! The 1940s era of music and dance is stepping on to the Broadway stage, in  Bandstand . “The dance never stops," Corey Cott said. "It’s like a dance opera in some ways.” The original story follows a young man, played by Corey Cott, who puts together a band in hopes of winning a national competition. All of the actors play their own instruments, live. “I’ve always wanted to be in a band but I never have," he said. "So this show forced me to be in the band, I had to learn how to play the piano."

All of the men in the group are veterans, recently home from war. “We have been given an incredible responsibility to honor our vets," Cott explained. "I could never ever pretend that I have any idea what it’s like but in this show it is our responsibility to find as much truth in that as we can.” Like in real life, not every soldier makes it home. Laura Osnes portrays a widow who joins the band as its lead singer. “We have not been there but I lost my mom several years ago so part of me thinks back to that," she said. "Losing somebody very important in life, your other half, I do know what that feels like.”

She believes the show’s themes can connect with everyone in some way. “I love that it goes to deep, rich places and doesn’t skirt around issues,” Osnes described. "Then there are like joyful higher than high musical and dance moments that really are just amazing!" At the helm of the brand new musical is Andy Blankenbuehler, who won tony awards for Hamilton and In the Heights. “I love swing music," he smiled. "I think swing music is very similar to hip-hop music. It’s based in the African beat."

He’s taking on two roles this time around, as the director and choreographer, but he believes this show has one simple message. "I never saw this as a war musical or a political musical because to me the idea of cherishing people who make sacrifices is a bigger idea."

Bandstand begins previews Friday, March 31 at the Bernard B. Jacobs Theatre. It officially opens on April 26.