Did you vote? NYC residents telling some city council members how to spend 20 percent of budget 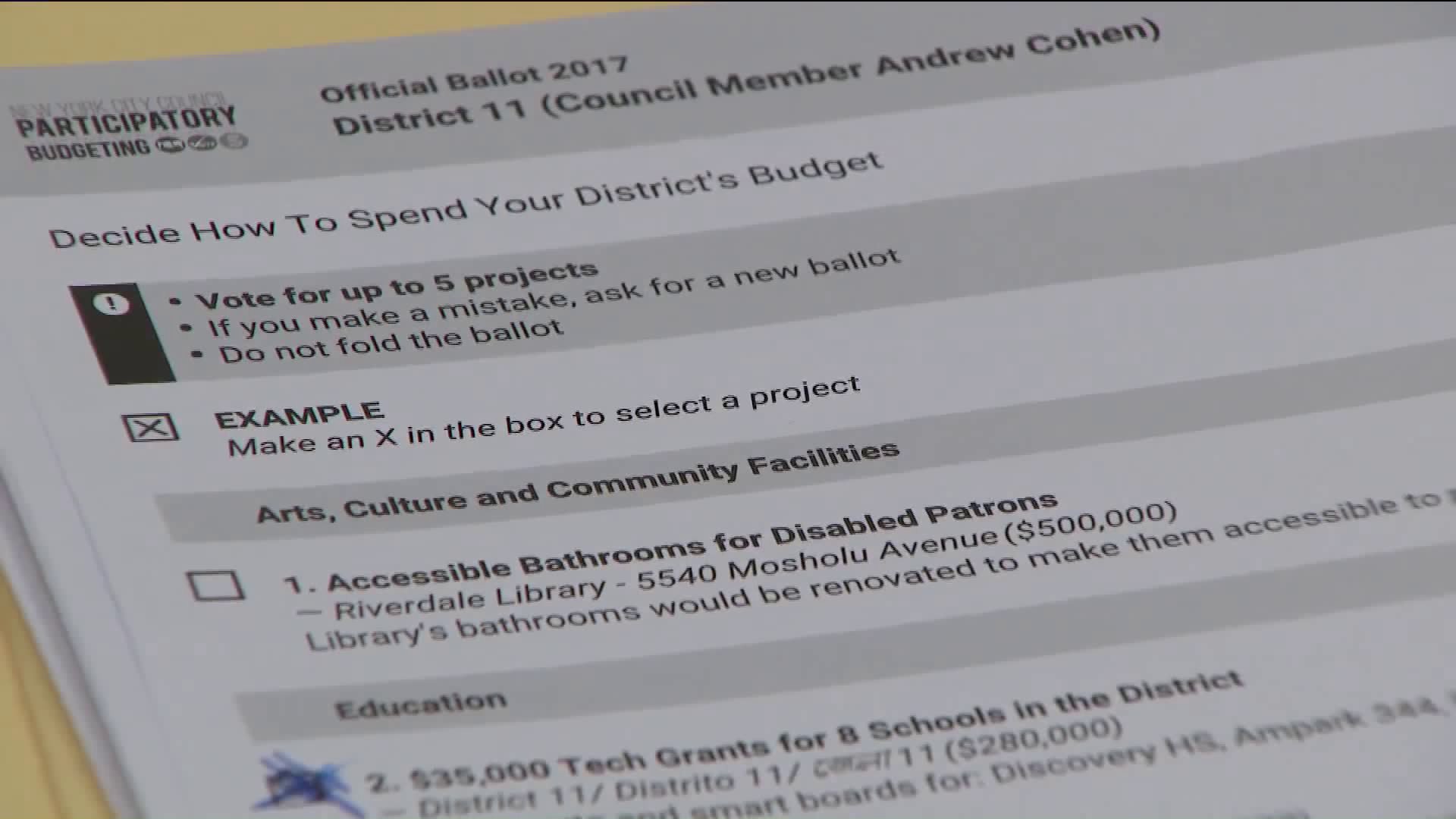 NEW YORK — Council Member Eric Ulrich shared his take on the Participatory Budgeting Vote going on in the city this week with PIX11 News.

"In my mind it's not the government's money. It's not my money. It's the taxpayers money, so they should have a role or a seat at the table in deciding how their money should be spent."

What is it you ask? Trust me, no one PIX 11 News asked on Thursday knew it was taking place this week.

Participatory budgeting is a budget vote that 31 of the city's 51 city council districts participate in through this Sunday. It is a chance for the voters in District 11 in the Bronx for example, to tell Council Member Andrew Cohen whether they want use 20 percent of the capital budget or $1,000,000 for various options including the reconstruction of two clay tennis courts at Van Cortland Park or for security cameras at local NYPD precincts like the 50th precinct.

What makes the process even more intriguing is those even as young 14 can vote, "They can't vote in elections for elected officials, but they can vote on how $1,000,000 of capital money can be spent in their district, but I think that is empowering and its a good civics lesson," said Cohen as he strolled through his district.

Council-Member of Rafael Espinal out of Brooklyn is one of the 20 not taking part, "It's a lot of work and it's very taxing especially when you have a staff that is already there almost ten hours a day to also ask them to spend the rest of their evening out on the streets collecting ballots."

Espinal adds that there are not many outlets that the funding can be directed to that they are not already aware of, "That funding is extremely limited in how we can spend it. We can't get too creative with it, so a lot of times what ends up on that ballot is already issues that we are already aware of as council members."