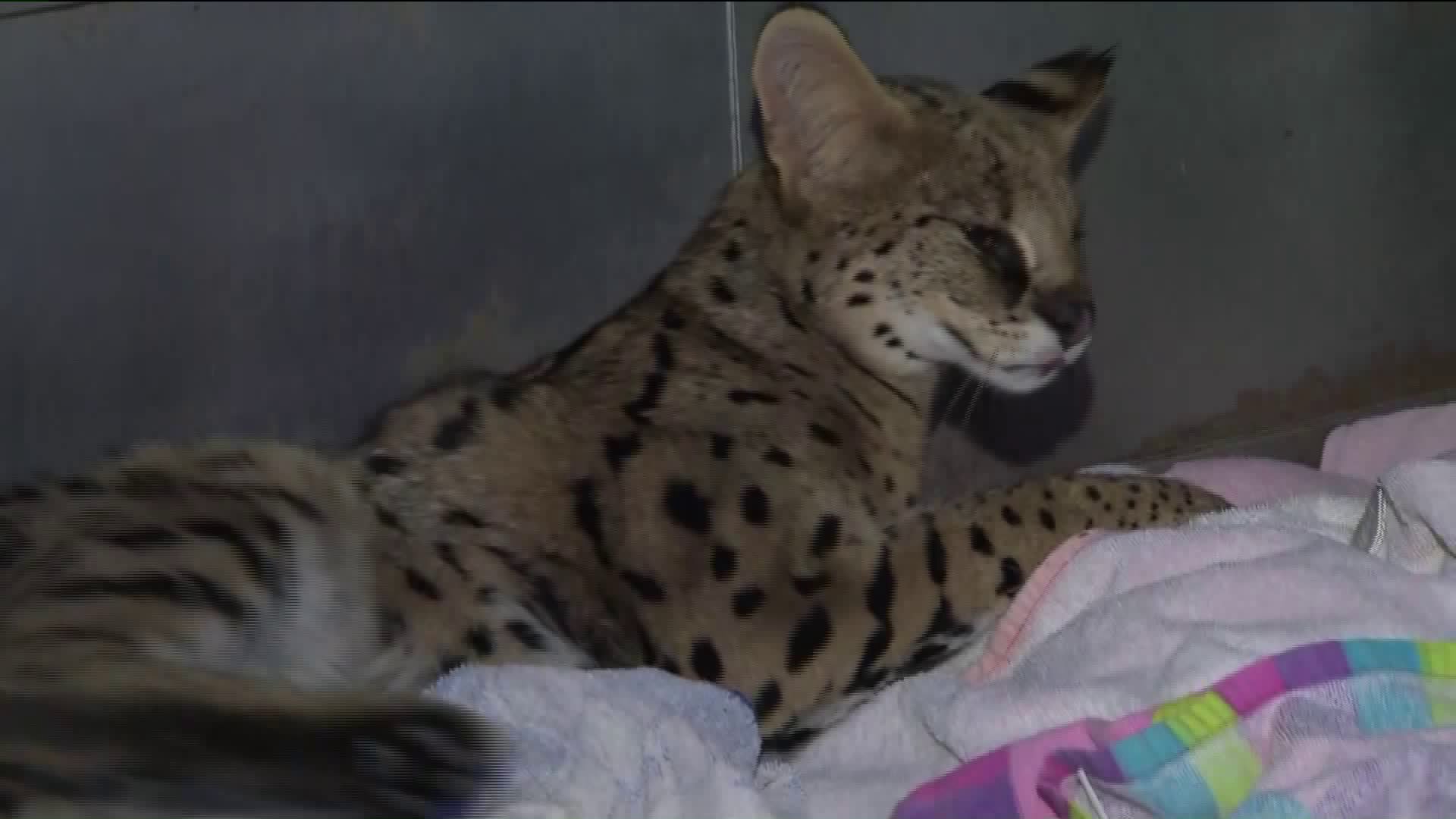 Officials believe the cat may have been a pet that either escaped or was abandoned.

The animal was captured by Paterson’s Animal Control Officers and taken to Wildlife Freedom Incorporated in Wanaque.

The felines are a hybrid that is bred by crossing a domestic cat with an African serval. Experts say the exotic pets are difficult to breed and can cost more than $20,000. The cats can weigh up to 30 pounds and leap up to 7 feet.

Officials say residents called Animal Control to report the cat Thursday morning. Animal Control says officers arrived and were forced to tranquilize the animal because it was out of control. The cat was later identified as a Savannah cat.

"Apparently he's been loose for several days," said Dee Garbowski, of Wildlife Freedom Inc. "It's got long legs and I'm sure that's a very quick animal."

Garbowski believes the cat may have been a pet that either escaped or was abandoned.

Several people have come forward claiming the cat, but Garbowski said the owner will have to show documentation before the animal is returned.