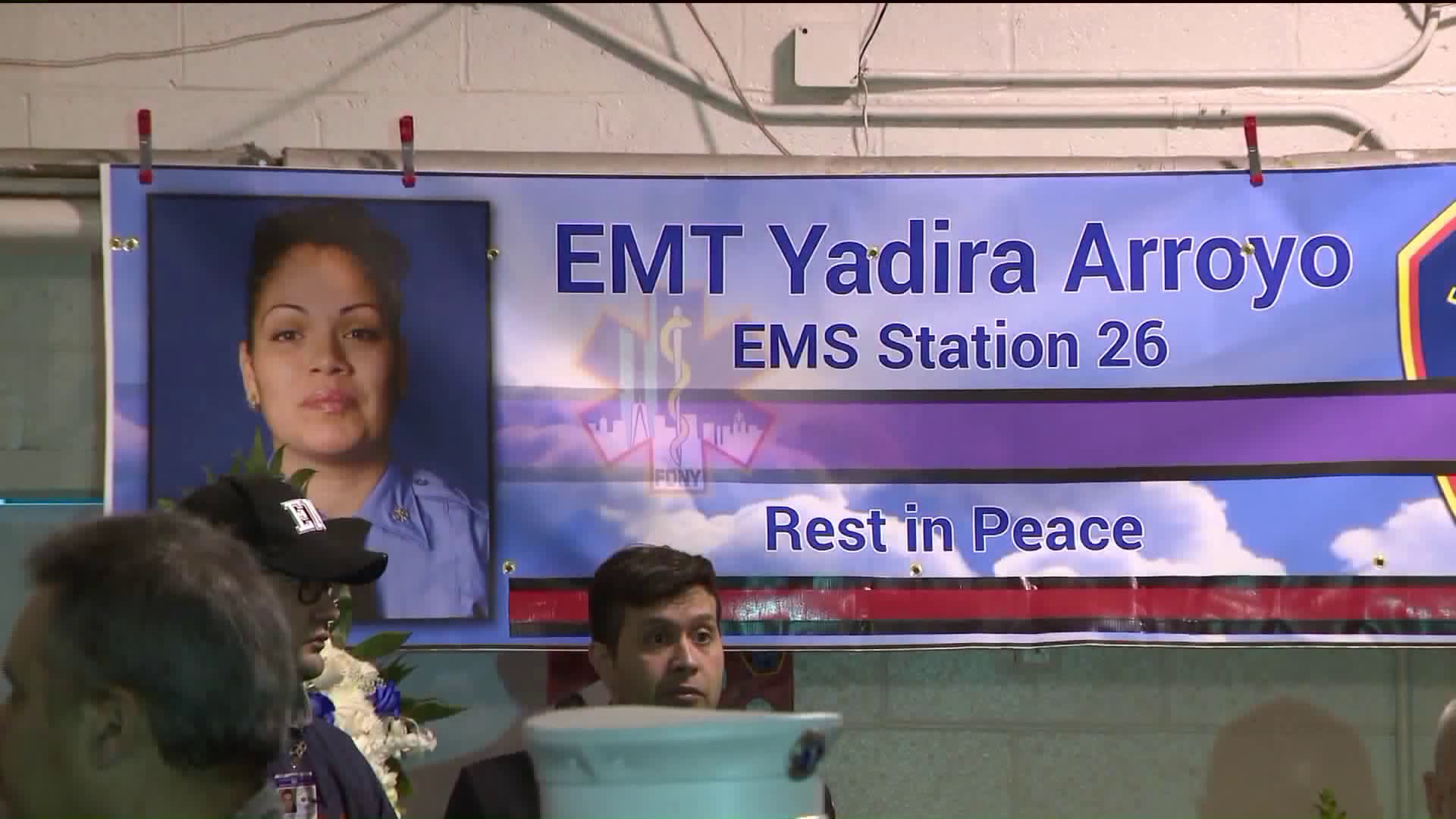 Yadira Arroyo, 44, was killed in the Bronx Thursday evening.

NEW YORK — Multiple foundations are now accepting donations that will go to the five sons left behind by the FDNY EMT fatally struck by a stolen ambulance earlier this week.

Yadira Arroyo, 44, was killed in the Bronx Thursday evening when police say a man stole the ambulance she had been riding, and fatally struck the medic of 14 years.

The beloved EMT leaves behind five sons, ages 7 to 24 years old, according to the FDNY Foundation.

Arroyo’s eldest son was present Saturday when the Stephen Siller Tunnel to Towers Foundation announced it will donate $100,000 to the family.

“The foundation encourages all to support our effort to give the children the life their loving mother envisioned for them,” the foundation stated online.

Part of that vision, according to her eldest son, Jose Montes, is to not lose hope.

"Mom wouldn't want us to be sad,” he said to the gathered crowd. "If you could take something from this today, let it humble you, learn to hold your family closer cause life is short."

"It's a beautiful thing that we all came together for my mother — seeing everyone she affected I know she didn't die in vain," Montes said.

"Me and my bothers we're gonna stick together, not gonna let go, support each other in every single way."

In addition, the FDNY Foundation is now accepting donations. Here's the link to donate.

“EMT Arroyo was a committed veteran of the Department responding to serve the community she resides in. We stand together as one with the Arroyo family and each and every member of our Department to remember her courage and sacrifice for the City of New York,” a news release stated.

Jose Montes speaks to a crowd on March 18, 2017, about the death of his mother, an FDNY EMT killed in the line of duty. (Jennifer Bisram/ PIX11)

Among donors thus far is the Daily News, with a $10,000 contribution.

Memorials have grown in the days since Arroyo’s death, as colleagues at Fire Station 26  in the Bronx remember her as a friend, mentor and mother figure.

"Yadi was the matriarch of the station," Lt. George Lampon said, choking back tears Friday. "She was not only a mother of five, but a mother to the 100-plus people who worked here. She will live on in the lives she saved and the people she helped."

On Saturday, the American flag at the station flew half staff.

Arroyo's wake and funeral will be held next Thursday and Friday.