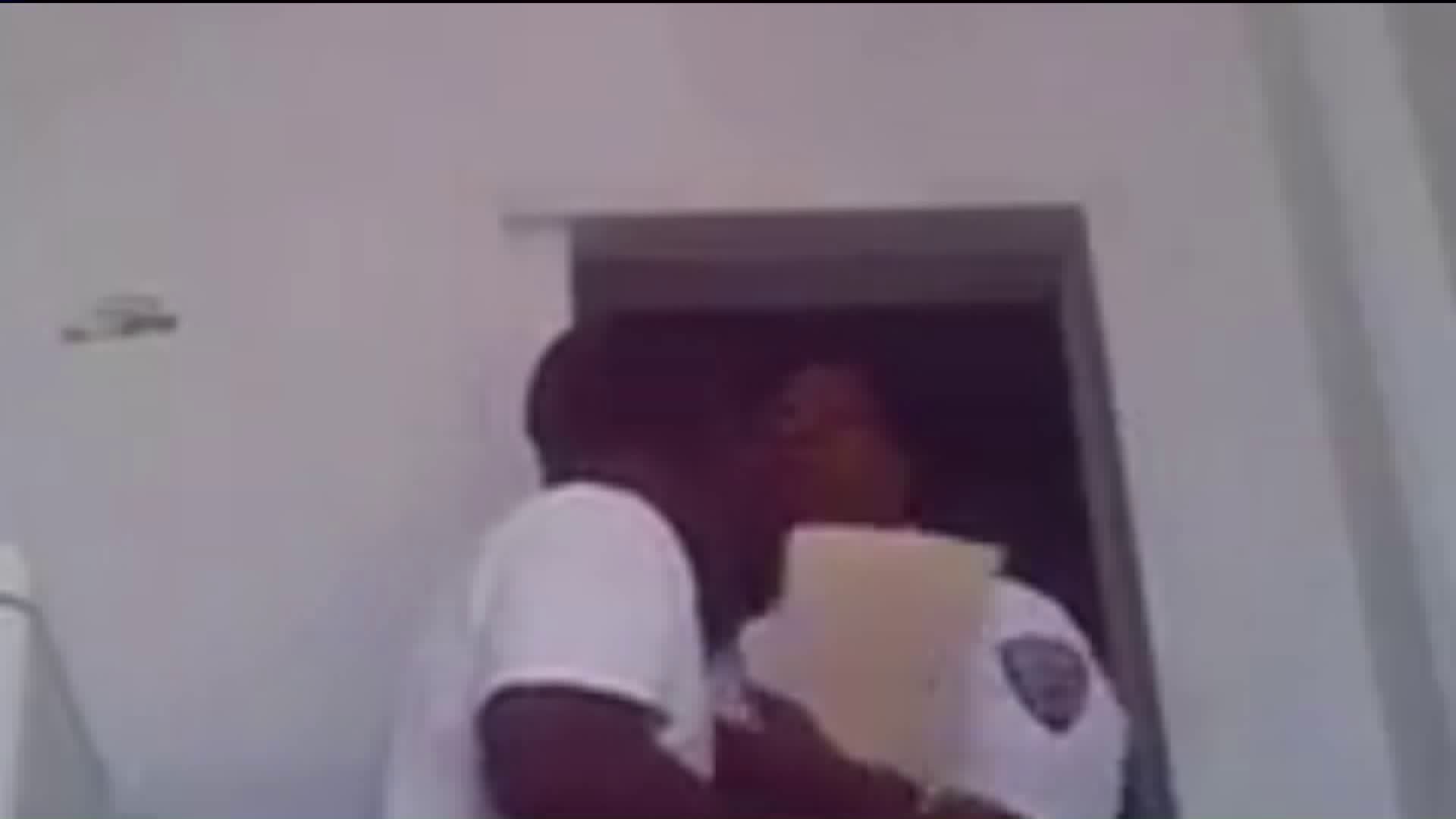 The captain, who has been on the force for nearly a decade, was recently arrested for allegedly smuggling in a tattoo gun for an inmate.

NEW YORK — A Department of Corrections veteran captain has resigned after video surfaced showing her kissing an inmate inside what appears to be a Rikers Island jail cell.

In the exclusive cellphone video obtained by PIX11 News, sources say, Capt. Shantay Dash walks by an inmate's cell inside the RNDC complex. The two begin a conversation and suddenly Dash is seen leaning in for what appears to be a kiss.

"What the heck?" Dash yells after the kiss.

However, right after that, the two exchange a high five.

Sources told PIX11 the inmate appeared to record the entire incident on a contraband cellphone that was hidden inside his cell.

Dash was not at her Brooklyn home when PIX11 visited Monday, the same day the Department of Corrections said she resigned from the job, just shy of her 10-year anniversary, meaning she receives no pension. Dash also walked away from an $80,000 salary.

A few weeks ago, PIX11 was granted access inside Rikers Island, which is undergoing a massive 14-point reform plan. Commissioner Joe Ponte discussed at length the topic of inmate-staff relationships.

"They develop relationships that are unhealthy," Ponte said. "They get staff — again, in small numbers — to bring in phones and contraband."

That is something Dash was familiar with doing. In January, Dash was arrested, according to court reports, for allegedly smuggling a tattoo gun into Rikers Island so an inmate could change a tattoo marking that linked that inmate to a crime.

After that arrest, Dash was placed on modified duty away from inmates, but did not lose her job.

The Department of Corrections released a statement:

"That vast majority of Department of Correction staff perform their duties with the highest level of integrity and Commissioner Ponte has zero tolerance for those who don't."