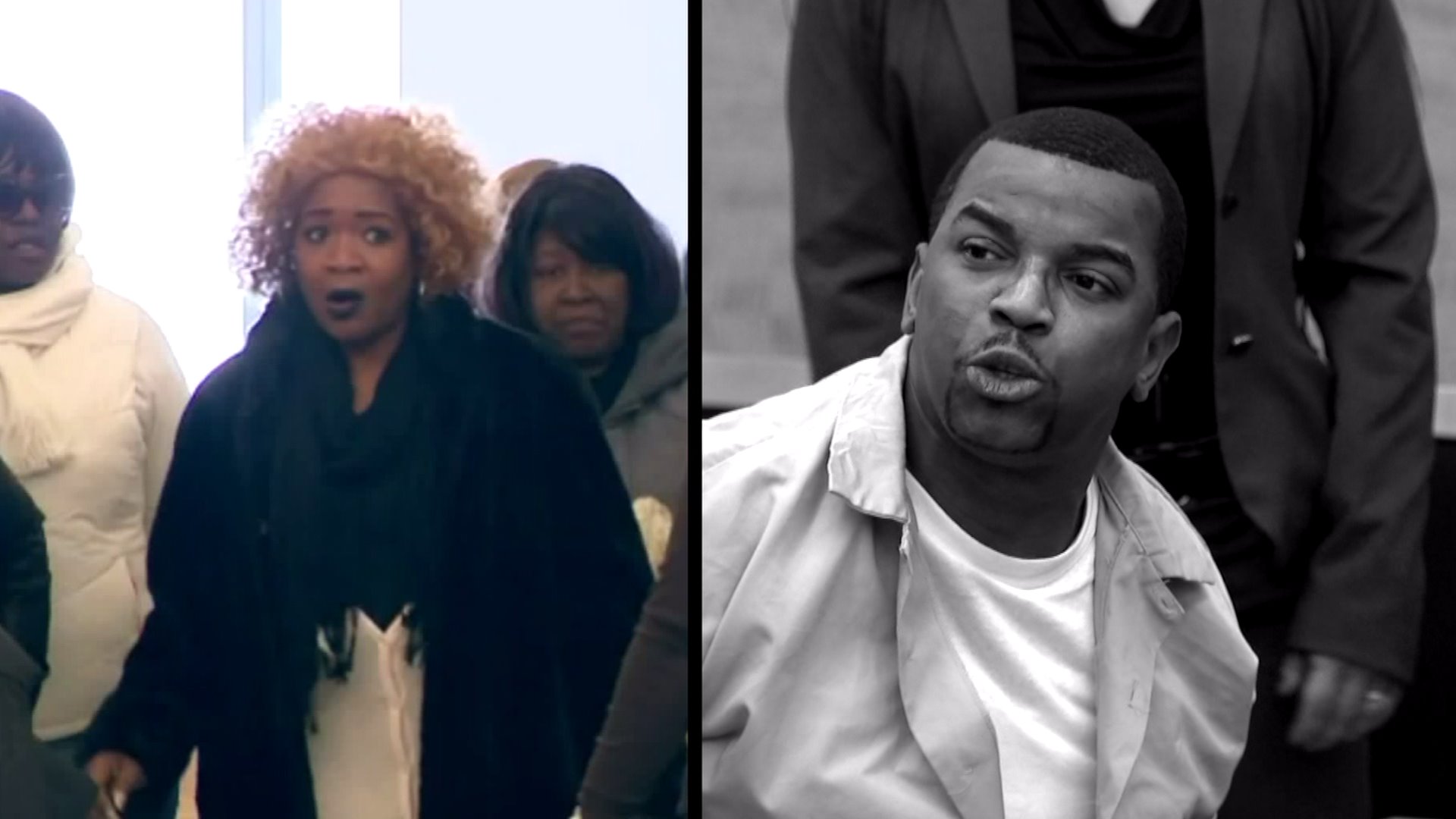 BROOKLYN, N.Y. — In a bizarre courtroom moment, a suspected serial killer turned to the mother of a teenage victim whose body was dismembered and beheaded and mouthed the words, "You know I love you."

Kwauhuru Govan, 38, is accused of killing and cutting up 19-year-old Rashawn Brazell in February 2005. Govan lived across the street from the Brazell family and knew the victim's mother, Desire, from the Gates Avenue block in Bushwick, Brooklyn.

Rashawn was last seen on Feb. 14, 2005, heading to the Gates Avenue subway station, located just up the street from his home. He was supposed to meet his mother for a Valentine's Day lunch.

Instead, some of the teen's body parts were discovered in a trash bag in a subway tunnel three days later. A hand and arm were also found at a Brooklyn recycling plant, but Rashawn's head was never recovered.

Court papers revealed on Friday that Govan actually attended the teen's funeral service and signed the guest book. Detective Jason Palamara, who interviewed the suspect, said Govan told him he wasn't close to the teen, who was gay, because he was "an abomination, according to the Bible."

Desire Brazell, the mother of Rashawn Brazell who was killed in 2005, arrives in a Brooklyn courthouse on March 3, 2017, for the arraignment of the man accused of killing her son.

The hearing had been delayed for a week, after Govan flipped out during a court appearance last Thursday. He screamed that he was being framed for Brazell's murder and an earlier case he was charged in.

The judge on Friday did not allow cameras in court. Brazell's mother was escorted by the two NYPD detectives who arrested Govan, Evelin Gutierrez and Jason Palamara.

Back in November 2016, Govan was accused in the 2004 beating and murder of 17-year-old Sharabia Thomas, who lived just two blocks away from him on Gates Avenue.

Sharabia was on her way to EBC Bushwick High School when she vanished. Her nude body was discovered hours later in laundry bags, not far from her school.

In May 2016, the Mary Murphy Mystery Facebook page had received a tip, encouraging us to take another look at the then-unsolved Sharabia Thomas case. The tipster told PIX11 News she was Sharabia's former neighbor and met us at the alley where Sharabia was found on Palmetto Street in Bushwick. We later learned the tipster was Sharabia's sister.

We told the NYPD Cold Case Squad about the Sharabia Thomas tip and detectives took a fresh look at the evidence. DNA recovered from under Sharabia's fingernails was re-tested and a profile put on a national database. That led to a hit with Kwauhuru Govan's DNA profile. Govan was about to be released from a Florida prison, after serving time for robbery.

Instead, NYPD detectives flew to Florida in November and brought Govan back to New York, where he was charged with the murder of Sharabia Thomas in 2004. He pleaded not guilty.

When Govan was questioned about the 2005 dismemberment murder of Brazell, police said he gave "inconsistent statements." He was charged in Brazell's killing Friday.

Govan is also being looked at in connection with two other dismemberment slayings: one in July 2005, and the other from 2007 involving a female victim discovered in Bedford-Stuyvesant.