Trump looks to refocus his presidency in joint address to Congress 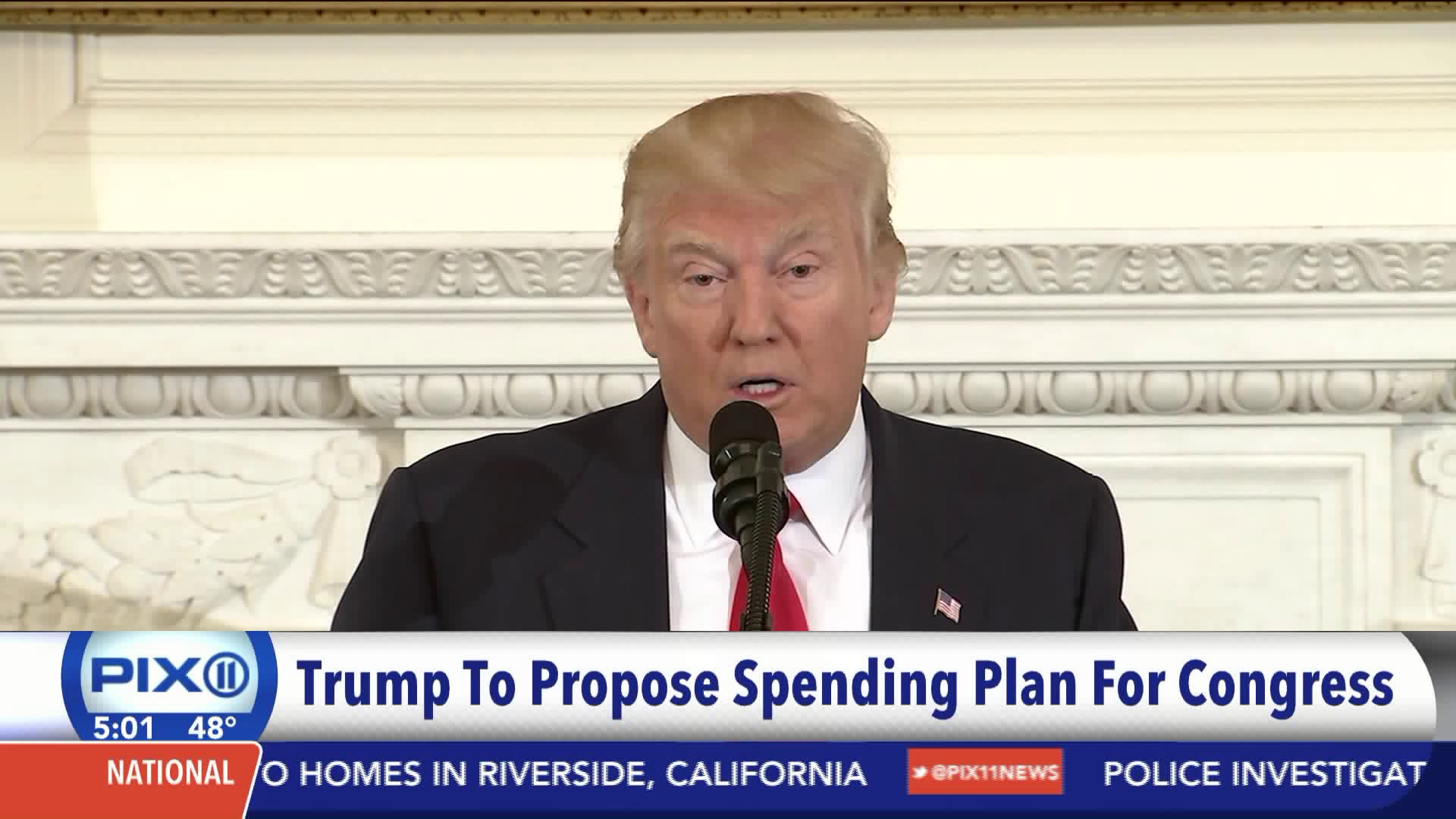 The businessman-turned President has his best chance to ignite momentum behind his agenda Tuesday night when he strides into the House chamber amid the pageantry of his first address to a Joint Session of Congress.

The businessman-turned President has his best chance to ignite momentum behind his agenda Tuesday night when he strides into the House chamber amid the pageantry of his first address to a Joint Session of Congress.

Trump will step up to the speaker's rostrum after a tumultuous five weeks in office, in which he has started making good on his election promises but also whipped up controversy and disruption with his quintessential political style.

So far there is little sign that the new President's legislative agenda, which includes repealing and replacing Obamacare, a big tax overhaul, and a trillion-dollar infrastructure program, is anywhere near coming to fruition.

That could quickly turn out to be a problem for the President because there is only so much he can do by flexing his power through executive orders -- his main method to date of showing that he is leading the nation in a new direction.

So Trump is under intense pressure to show that his White House can be effective in delivering on the sweeping changes he has promised by working with allies on Capitol Hill. The President may also see the need to reach out to Democrats who may be locked out of power in Washington but have the numbers in the Senate to frustrate Trump -- notably by slowing down the confirmation of his top cabinet members.

Trump aides are promising an "optimistic" speech designed to rally Americans toward a hopeful future, and say the President's topics have been influenced by a series of "listening" sessions he has held in his first weeks in office with business executives, union leaders and blue collar workers.

He will start off by noting that he made big promises in the campaign -- and that he has kept some of them already, including pulling out of the Trans-Pacific Partnership Trade deal and putting job creation at the center of his political agenda.

The President plans to talk directly to the country and stress the need to solve "real problems for real people," a senior administration official said.

Following a string of raucous lawmaker town hall meetings in recent weeks, it is imperative that the President spells out a message that his own troops can get behind and explain to their own voters back in their districts.

Republican lawmakers have been left particularly exposed by the apparent lack of a plan to reform the Affordable Care Act, amid boiling anger among many Americans who fear losing their health care.

Despite voting multiple times to repeal the law during the Obama administration, Republicans have failed to show that they have a clear plan for a replacement, and Trump's frequent but unspecific promises to produce a much better health care system have done little to alleviate the pressure.

"Now, I have to tell you, it's an unbelievably complex subject," Trump said, when talking about health care at a meeting of governors on Monday. "Nobody knew health care could be so complicated."

The President also needs to use Tuesday's address to buy himself some political time. Trump's approval ratings are hovering at depths never seen for a modern president so early in his administration.

Some 44% of Americans approve of the job Trump is doing, while 48% disapprove, according to a new NBC/Wall Street Journal poll published on Sunday.

Trump remains a highly divisive figure, after the most negative presidential campaign on record, although has consolidated the support of many Republicans. Still, his White House is struggling to fend off a controversy about alleged ties between his campaign and Russia.

Trump's fast start in office, engineered by a flurry of executive orders fulfilling campaign vows was meanwhile derailed by the chaotic rollout of his travel entry ban on the citizens of seven predominately Muslim nations, which was stayed by federal courts. An amended plan is due to be unveiled this week, so Trump has a chance to explain the need for the ban to voters in a way he neglected to do the first time around.

The address also comes at a moment when the White House is fleshing out the ideological foundation of the Trump presidency. The President's top political aide Steve Bannon spoke last week at the Conservative Political Action Conference of a relentless effort to dismantle the "administrative state" and a crusade against regulations Republicans believe have crushed innovation and economic growth.

And in the first details of his forthcoming budget unveiled on Monday, Trump gave notice of a 10% spike in defense spending to be financed by steep cuts at other government departments and a reduction in foreign aid.

Unlike most new presidents, Trump has done little to broaden his support and to unite the nation after a polarizing campaign. His inaugural address evolved into a searing indictment of Washington elites, whom he blamed for unleashing "American carnage" in the nation's industrial heartland.

But the only predictable characteristic of Trump is that he rarely takes the conventional path -- so it is difficult to predict how he will approach Tuesday's speech. Aides once assured reporters that Trump's convention speech last summer would be optimistic in tone --- yet it turned out to be one of the darkest political speeches given by a presidential nominee for decades.

The White House is framing Tuesday's address as an optimistic speech.

"The theme of the address is Renewal of the American Spirit -- an optimistic vision for All Americans," said a senior administration official.

Aaron Kall, Director of Debate at the University of Michigan, has just edited a book about presidential addresses to a Joint Session of Congress, and doubts that Trump will reach for bipartisanship and unity in his speech.

"I have seen all the articles saying is going to be more optimistic. But Stephen Miller, the same aide, has been tasked to produce this speech just like he did with the inauguration," said Kall.

"I think it would be the definition of insanity to expect a different outcome this time." Kall however points out that Trump's inaugural address that struck many in Washington as off key, was viewed as much more palatable by the President's supporters outside Washington. And Trump has made clear that he is far more concerned with keeping up the spirits of his supporters than currying favor in Washington.