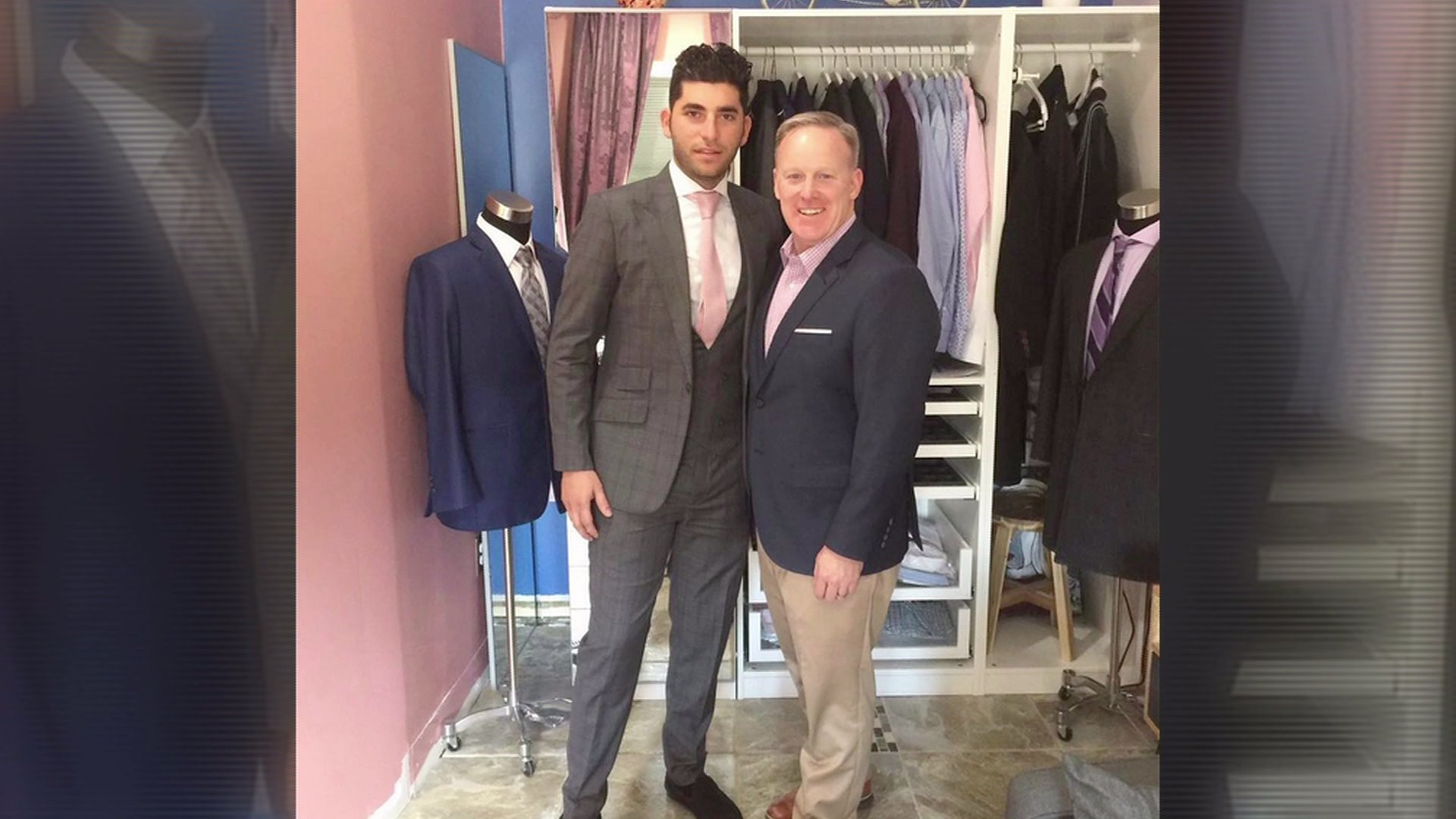 Hakim is the brains behind BookATailor, a New York-based custom clothing company that brings affordable, personalized fittings for high-end suits and shirts right to your door.

NEW YORK — While most would be skeptical about buying anything from the trunk of a car, Jacomo Hakim has made a lucrative living off it.

Hakim is the brains behind BookATailor, a New York-based custom clothing company that brings affordable, personalized fittings for high-end suits and shirts right to your door.

“This is a product that 9.9 out of 10 men need – they need it,” Hakim said. “It’s not about whether they want it – they need it. Whether it’s a button down shirt we make, a suit or even an overcoat.”

The business model which incorporates a fleet of smart cars and tech-centric showrooms, has launched a slew of franchises across the country.

It also manages to shatter the antiquated belief that bespoke attire is only reserved for the rich, encouraging men – of all sizes and tax brackets - to invest in their look.

“For starters his point-to-point measurement is literally 3 inches off,” Hakim said. “That’s like suit mistake number 1.”

“He likes the more baggy fit which I get but come on – your chest piece shouldn’t be bunched up like this because there’s so much fabric.”

But no one has felt the wrath of the Internet when it comes to fashion flubs more than Press Secretary Sean Spicer.

An ill-fitting suit at his first press briefing prompted concerned citizens to launch a GoFundMe page, to help him get a new suit.

“The second I saw that, I was ripping on him as well,” Hakim admitted to PIX11 News. “I mean why is this guy wearing a suit like that?

That same week, Hakim got a phone call from his franchise owner in Capitol Hill. Spicer apparently had stumbled inside the local BookATailor showroom, seeking help.

“He lives right near our showroom that’s how we got lucky and why he stumbled in there,” he said. “I said great let’s go meet him and I’ll fix him up.

And that he did.

After a brief 2-minute fitting, Spicer’s measurements were sent off to the company’s Thailand production facility and within four days, the results came in.

A more fitted, stylish and confident Spicer emerged at his next press briefing.

A quick fix – and a small investment – that will pay dividends down the road, according to Hakim.