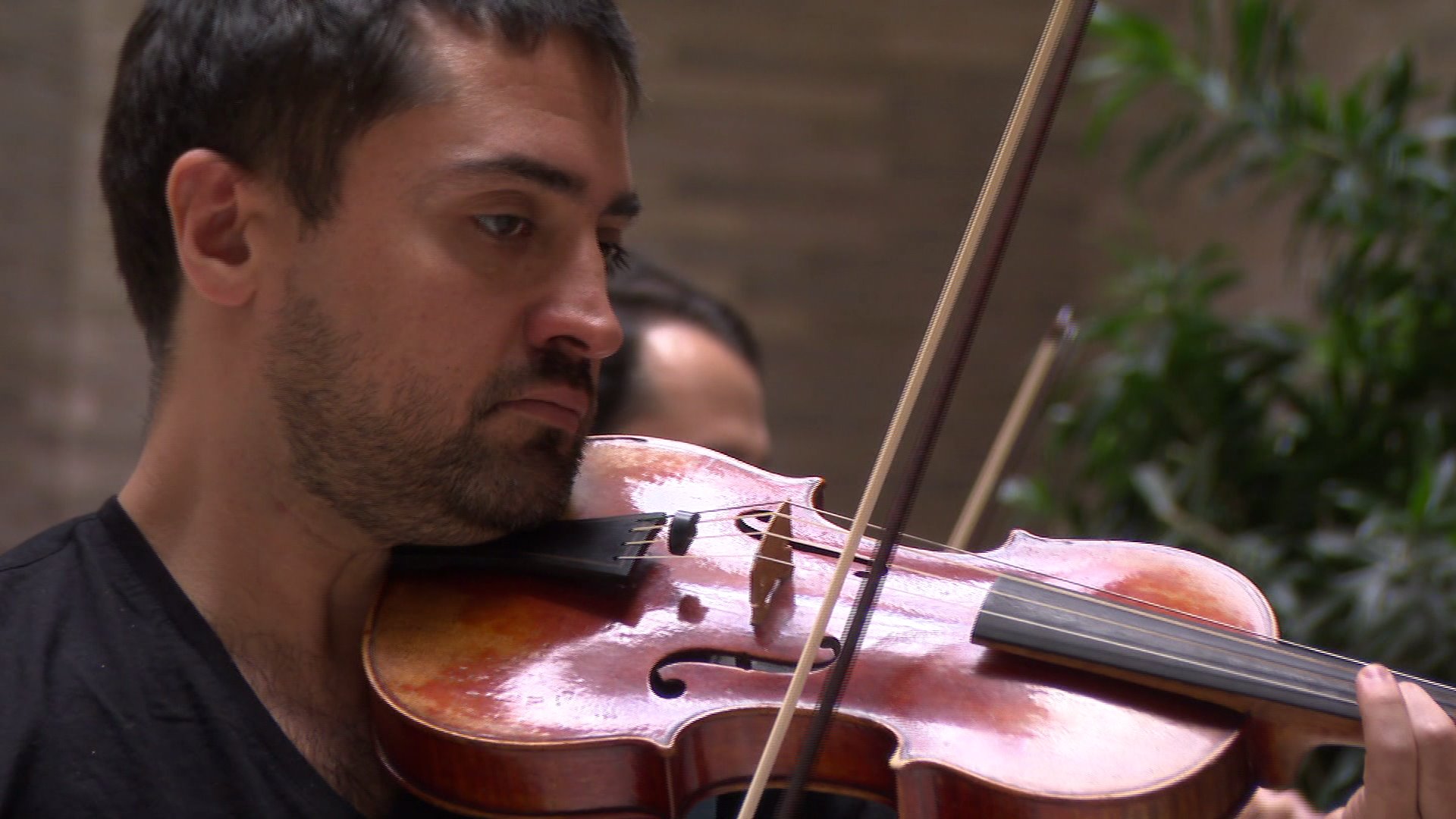 Tamsen Fadal shares how two musicians are bringing the gift of music to Mount Sinai to give back after their time as patients.

“When I’m playing and I look over and I see patients, and doctors and nurses enjoying the music I know that we’re doing what we’re supposed to do," he said.

For violinist Nadir Aslam the greatest stage is inside Mount Sinai hospital.

“If we can make them feel better for an hour it’s worth it, I always get emotional,” Aslam said tearfully.

He and his partner, Kristin Olson, organize and perform ‘Concerts for Patients’ for free.

"Music is healing, it can uplift anybody in any circumstance,” Olson said.

“The real power of music was apparent to me when I was sick,” Aslam added.

They met as patients here in 2015 both suffering from a collapsed lung. While stuck in their beds, they remember hearing a piano coming from the lobby.

“I remember saying I hope this continues because in that moment i felt so much better,” Aslam described.

“Everything that happens in this lobby can be heard upstairs so I heard that piano and I thought oh I could play down there, that would be great,” Olson said.

Once healed, they got to work they’ve put on about a dozen performances so far and the effects are overwhelming.

“Three years ago I had a stroke so hearing the music brings, I know it brings healing to you,” Erika Ortega, a patient, described.

“It’s very uplifting," David McRae, a patient, smiled. "It’s a distraction, you know if you sit there and you're by yourself you dwell”

And it’s being noticed, both were recognized as top 30 Innovators for 2016 by Musical America, a prestigious classical music magazine.

“It was so surprising to us," Olson said. "We’re making a much bigger impact I think than we even realize.”

“You’re making someone feel instantly better," Aslam said. "There’s no better feeling to me than doing that for others.”

The duo is hoping to continue at many more hospitals across the city.