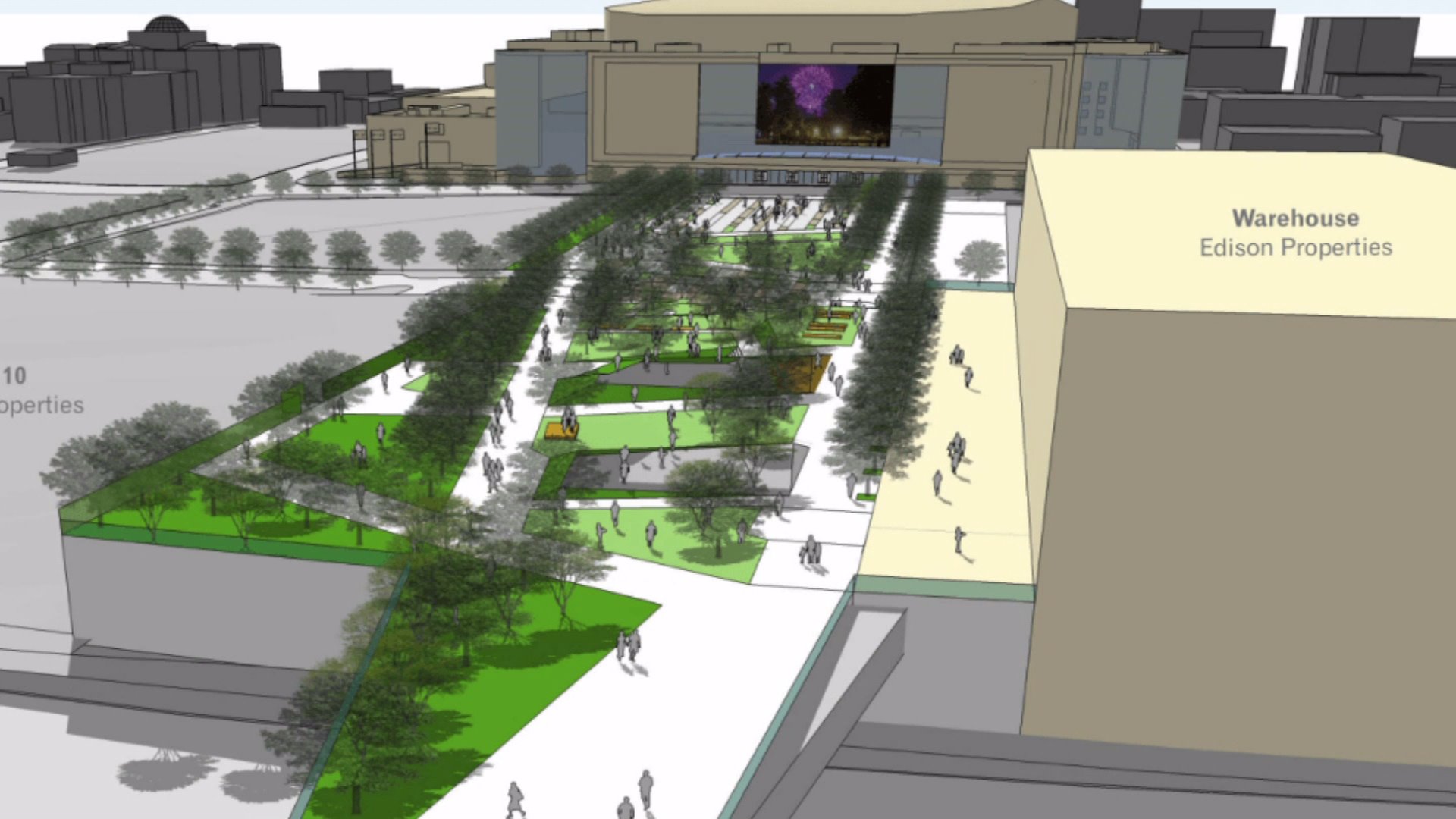 Tens of millions of dollars are being pumped into the downtown area.

NEWARK, N.J. — Downtown Newark could be the next Brooklyn.

A structure much like New York’s High Line is in the works in the area.

A Whole Foods is scheduled to open next month and tens-of-millions of dollars are being pumped into the downtown area to build parks, rooftops, restaurants, retail and luxury residential high rise buildings.

Renderings show what is now parking lots and vacant land outside the Prudential Center being transformed within the next couple of years.

“Downtown Newark is undergoing a renaissance,” said Michael Sommer, Executive Vice President of Development for Edison Properties. The company purchased a key building that will sit at the heart of Mulberry Commons, part of a 22-acre area that’s been targeted for redevelopment.

“Downtown Newark, and Newark in general, always had the bones to be as successful as it ultimately could be and and under the Mayor [Ras Baraka’s] leadership, it’s crystal clear that that’s occurring today."

Edison Properties will sink $80 million into renovating an abandoned, 300,000 sq. ft. factory into retail and loft-style office space. They’ve also pledged to spend $20 million more on helping the city to develop a massive park that will run from the Prudential Center to Route 21.

Overgrown and fenced off railroad tracks that run on an overpass above Route 21 are planned to become a walkway that will take pedestrians right into Newark Penn Station.

A deadline has not been set for completion of Newark’s version of the High Line. But the surrounding park and Edison Properties’ retail and office building are slated to open by fall of 2018.