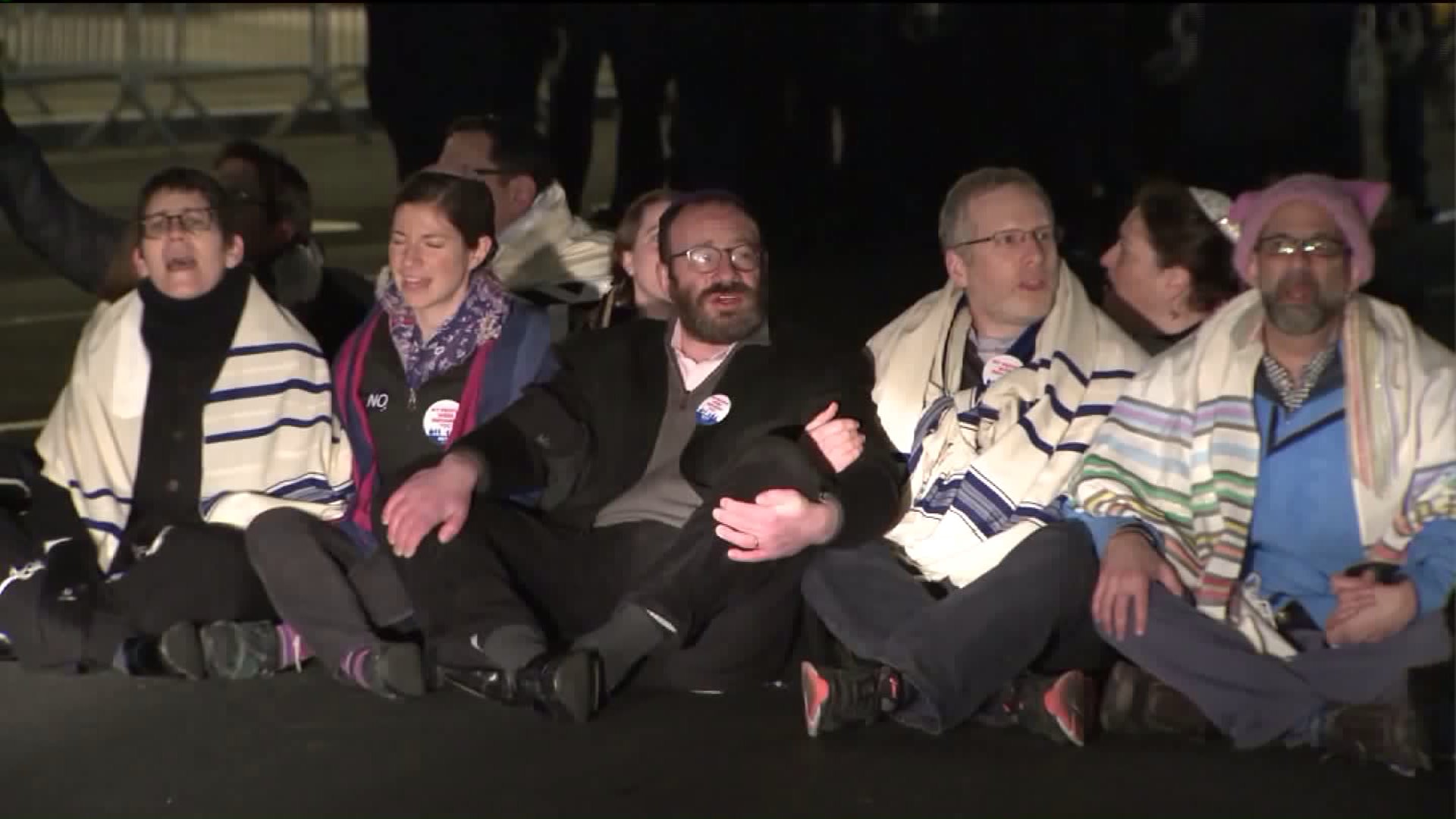 NYPD says about 15-20 rabbis were arrested and charged with civil disobedience.

Nineteen members – 12 women and 7 men – of the T'ruah congregation, a network of rabbis from all over North America, were cuffed after more than 200 marched to Trump Hotel in spirit of solidarity with immigrants and refugees and in opposition to Trump's executive orders that target them, the group said.

The message according to one member wasn't just for Trump but also for the masses.

"This is not just specific toward the administration but the policies that they are attempting put forth are particularly unjust,"Douglas Albert, a Kansas City rabbi said.

As the protesters blocked a roadway in Columbus Circle to have the President hear their outcry, frustrated drivers caught in the middle had their own thoughts on the demonstration.

"I understand why they're doing this, I'm not really a Trump supporter either but I have a job to do and I need to go through," a disgruntled driver said.