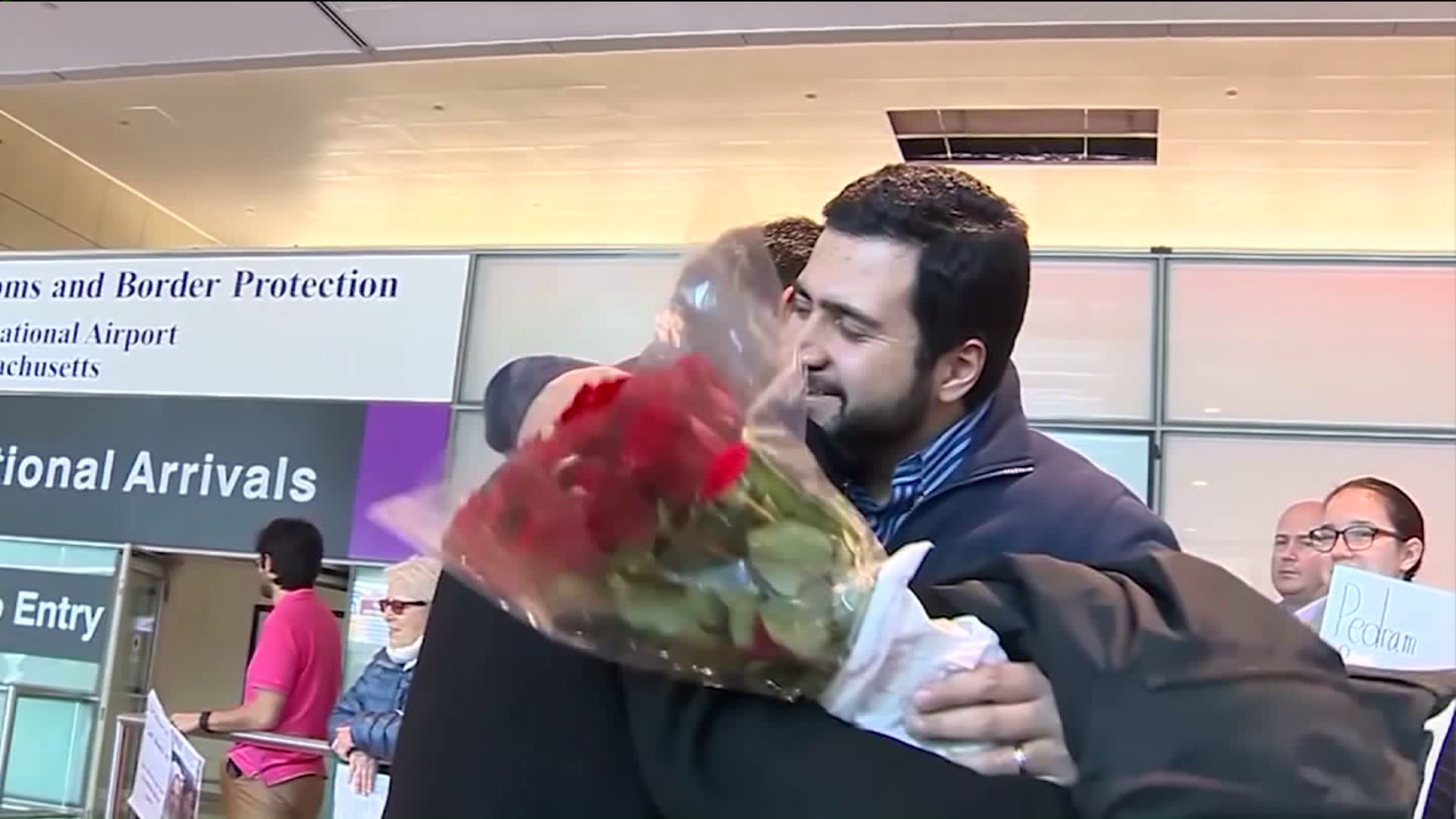 What this means is that the ruling by US District Court Judge James Robart suspending the ban will remain in place for now.

The Ninth Circuit Court of Appeals has asked for both sides to file legal briefs before the court makes its final decision after a federal judge halted the program on Friday.

What this means is that the ruling by US District Court Judge James Robart suspending the ban will remain in place -- for now.

The US Justice Department filed an appeal just after midnight Sunday, asking to pause a sweeping decision from the judge that temporarily halted enforcement of several key provisions of President Trump's executive order.

The controversial order banned foreign nationals from seven Muslim-majority countries from entering the US for 90 days, suspended all refugee entry to the US for 120 days and indefinitely suspended entry for Syrian refugees.

The strongly-worded filing by the Department of Justice argued that blocking the travel ban "harms the public" and "second-guesses the President's national security judgment."

The government's emergency motion lodged a multi-pronged attack on Robart's decision, emphasizing the President's broad authority in the immigration context.

"(Robart's ruling) contravenes the considered judgment of Congress that the President should have the unreviewable authority to suspend the admission of any class of aliens," the Justice Department wrote in its filing.

DOJ further argued that the parties who filed the lawsuit -- the attorneys general of Washington state and Minnesota -- lack the ability to sue in federal court because their alleged harms are too "speculative."

Robart, a Bush appointee sitting in the Western District of Washington, ruled Friday that the states that filed the lawsuit, Washington and Minnesota, "have met their burden of demonstrating that they face immediate and irreparable injury as a result of the signing and implementation of the executive order."

When the President was asked at a gala in Florida whether he was confident his administration would prevail in the appeal, Trump replied, "We'll win. For the safety of the country, we'll win."

On Saturday, the Department of Homeland Security announced it had suspended "any and all" actions to implement the immigration order and would resume standard inspections of travelers, as it did prior to the signing of the travel ban.

After the Ninth Circuit court decision, a US Embassy official in Baghdad said that holders of valid US visas, including Iraqi Special Immigrant Visas,would be allowed to travel to the United States.

"The US Government has determined that it is in the national interest to allow Iraqi Special Immigrant Visa (SIV) holders to continue to travel to the United States," the embassy official said, adding that the embassy had been in contact with the SIV applicants.