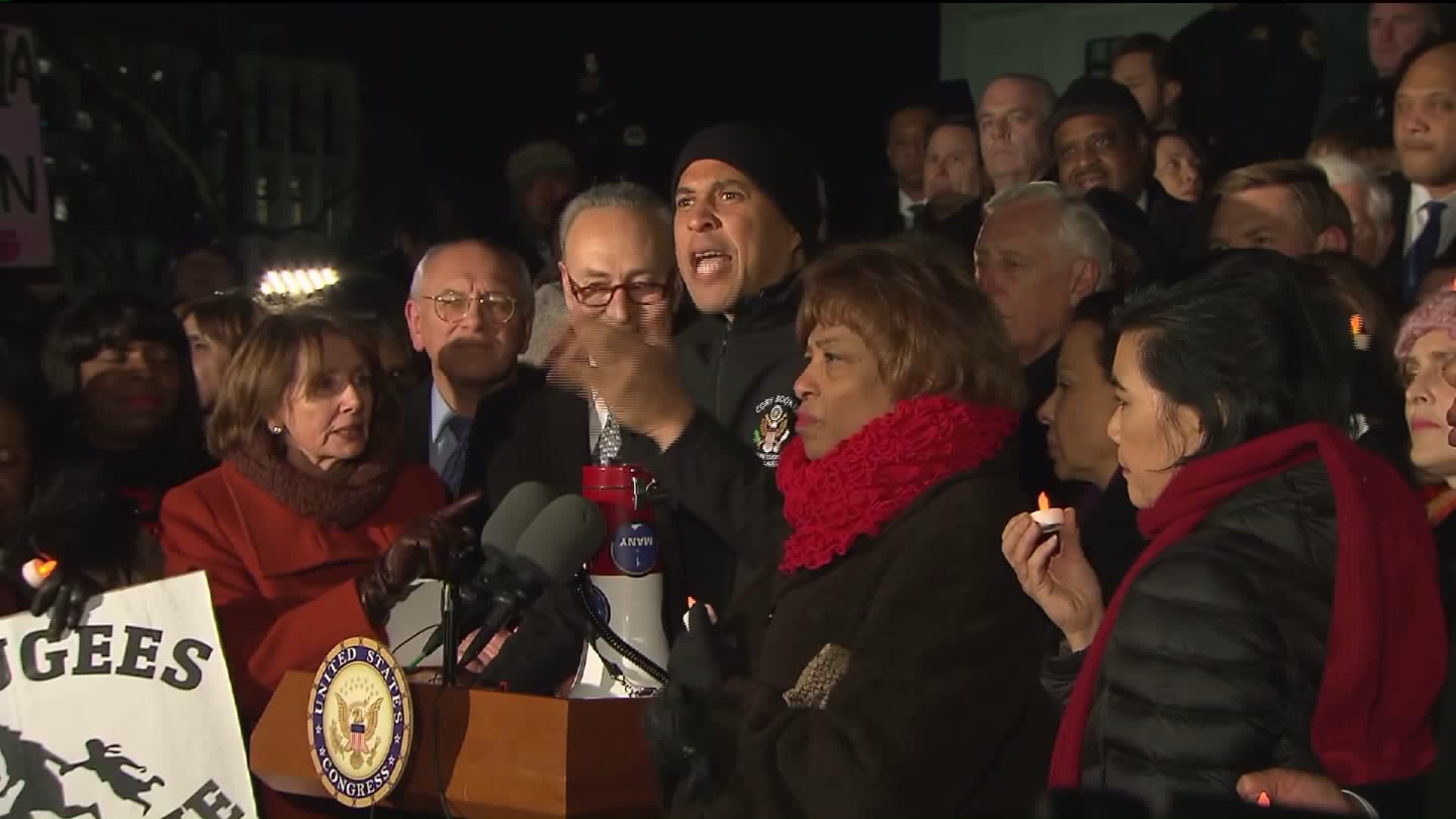 Trump`s ban has received widespread criticism from world leaders as being divisive, illegal, insulting and discriminatory.

"(Yates) has betrayed the Department of Justice," the White House statement said.

Dana Boente, US attorney for the Eastern District of Virginia, the White House said, and was sworn in at 9 p.m. ET, per an administration official. A few hours later, Boente issued a statement rescinding Yates' order, instructing DOJ lawyers to "defend the lawful orders of our President."

Trump didn't call Yates to dismiss her, she was informed by hand-delivered letter, according to a different administration official.

The move set up a clash between the White House and Yates, who was appointed by President Barack Obama and was set to serve until Sen. Jeff Sessions, Trump's nominee for attorney general, if confirmed.

"My responsibility is to ensure that the position of the Department of Justice is not only legally defensible, but is informed by our best view of what the law is after consideration of all the facts," she said in a letter. "In addition, I am responsible for ensuring that the positions we take in court remain consistent with this institution's solemn obligation to always seek justice and stand for what is right."

Trump's executive order, signed Friday, bars citizens of seven Muslim-majority countries from entering the United States for the next 90 days, suspends the admission of all refugees for 120 days and indefinitely suspends the Syrian refugee program. Yates' decision came amid a flood of protests against the executive order nationwide and after four federal judges ruled against Trump's order, staying its impact on people who were detained at US airports over the weekend.

"The Democrats are delaying my cabinet picks for purely political reasons. They have nothing going but to obstruct. Now have an Obama A.G.," he said.

Yates' decision was always likely to be extremely short-lived as Sessions is scheduled for a vote in the Senate Judiciary Committee on Tuesday.

"It's sad that our politics have become so politicized, that you have people refusing to enforce our laws," Miller said Monday night on MSNBC.

Miller also defended the executive order's legality, insisting that the Immigration and Nationality Act gives the President "the ability to exclude any class of would-be visitors or immigrants to our country based on our national security interests."

But the decision didn't face the same criticism from Rep. Pete Sessions, a top House Republican, who said Yates' decision was likely similar "to an evaluation that we made."

Rep. Elijah Cummings, the top Democrat on the House Oversight Committee, praised Yates for standing up "on principle."

Currently, there are cases filed in at least five states including Virginia, New York, Massachusetts, Washington and California that are challenging Trump's order.

The decision effectively grounds the executive order for the next few days until Sessions is sworn in.

"This will be moot. Then we will very much see the Trump Justice Department led by Jeff Sessions defend this executive order pretty vigorously. And then it will be up to the courts," said Steve Vladeck, a CNN contributor and law professor at the University of Texas School of Law.

"When you do something as important as this, it can't be a Twitter-type of activity," Schumer said. "This has to be thoroughly vetted ... and it's a very bad omen for this presidency."

"We took to the court room, people took to the streets and now principled federal officials are drawing a hardline on this shameful and unconstitutional act by President Trump. This is what we rely on the Department of Justice for, to uphold the rule of law no matter how the political wind is blowing," said Karen Tumlin, the National Immigration Law Center's legal director.

Lee Gelernt, the American Civil Liberties Union lawyer who argued against the immigration ban in court in New York, praised Yates' decision and called on the next attorney general to "continue with that policy."

"This ban will do irreparable damage to real people and to American values," he said.