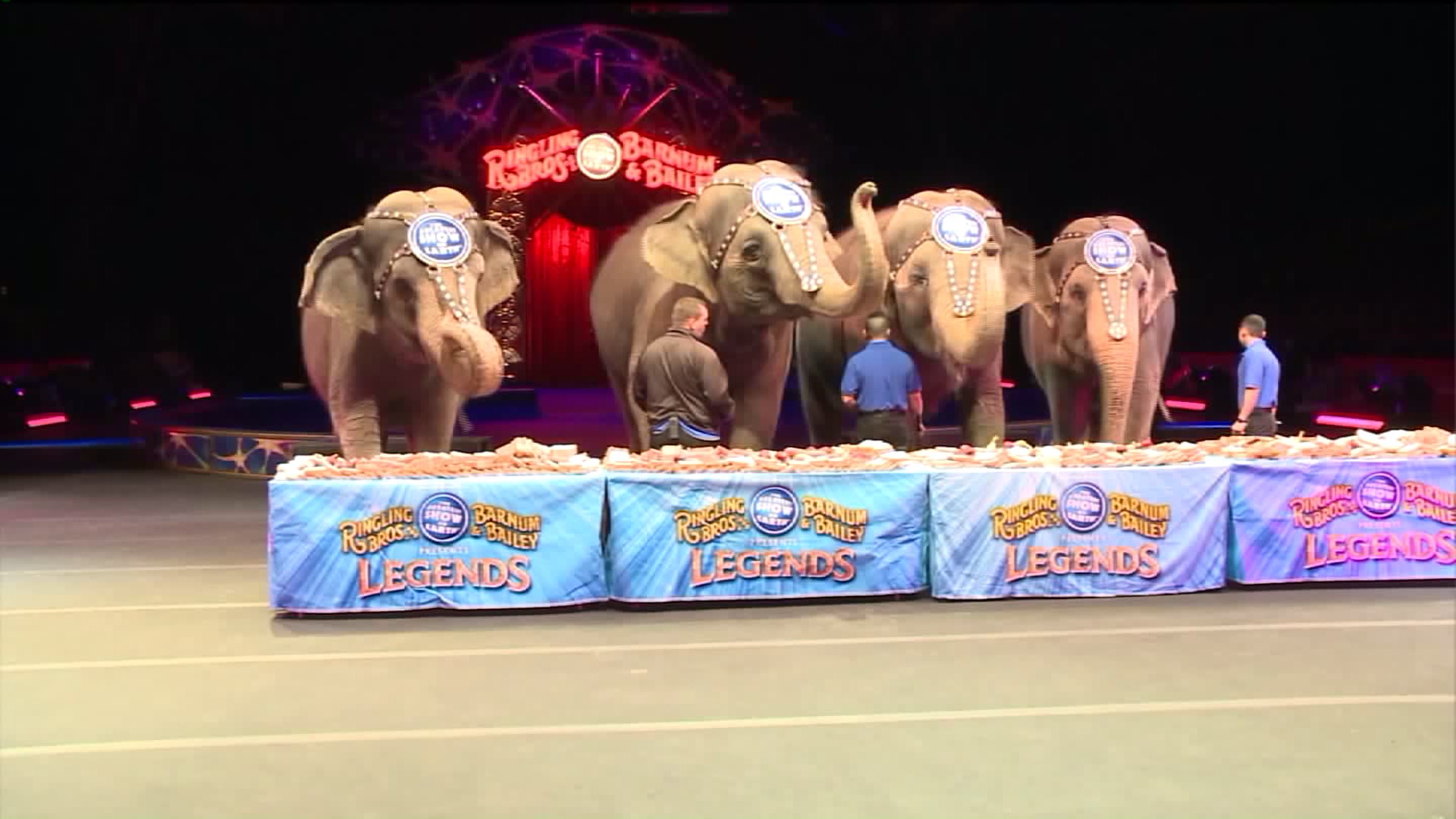 Not everyone is sad to see the circus call it quits.

LONG ISLAND CITY, Queens — After 146 years, for many it's hard to believe that the "greatest show on earth"will be no more after May.

Attendance at Ringling Bros. and Barnum and Bailey Circus has been in a downward spiral for a decade and then when the pachyderms packed it in last May ticket sales took an even bigger nose dive.

"I am heartbroken" said Suzi Winson, the owner of Circus Warehouse, a training facility for professional circus arts performers. "It's a long beautiful history of Ringling Brothers. They were quite modern in their day,150 years ago," Winson added.

Ringling Bros. say they're folding their big tents forever because of high operating costs like transporting the show by train and providing a traveling school for performers' children, a throwback to another era.

But it was the 36 years of animal rights protests that ultimately did them in.

The president of PETA issued this statement: "PETA heralds the end of what has been the saddest show on earth for wild animals and asks all other animal circuses to follow suit as this is a sign of changing times."

When we used to go to Madison Square Garden we would pack 20,000 in one show, three shows a day," Caceres told PIX11. "Those days are gone."

The professional circus artists training at Circus Warehouse say they'll always find a way to live their dream even if they can no longer fantasize about running away to Ringling Bros.

"I'll always be swinging from a bar," Samantha Sweet, circus performer and student, told PIX11. "You'd have to pry the bar out of my hand. I will find work in theater, tv, but it is kind of heartbreaking."