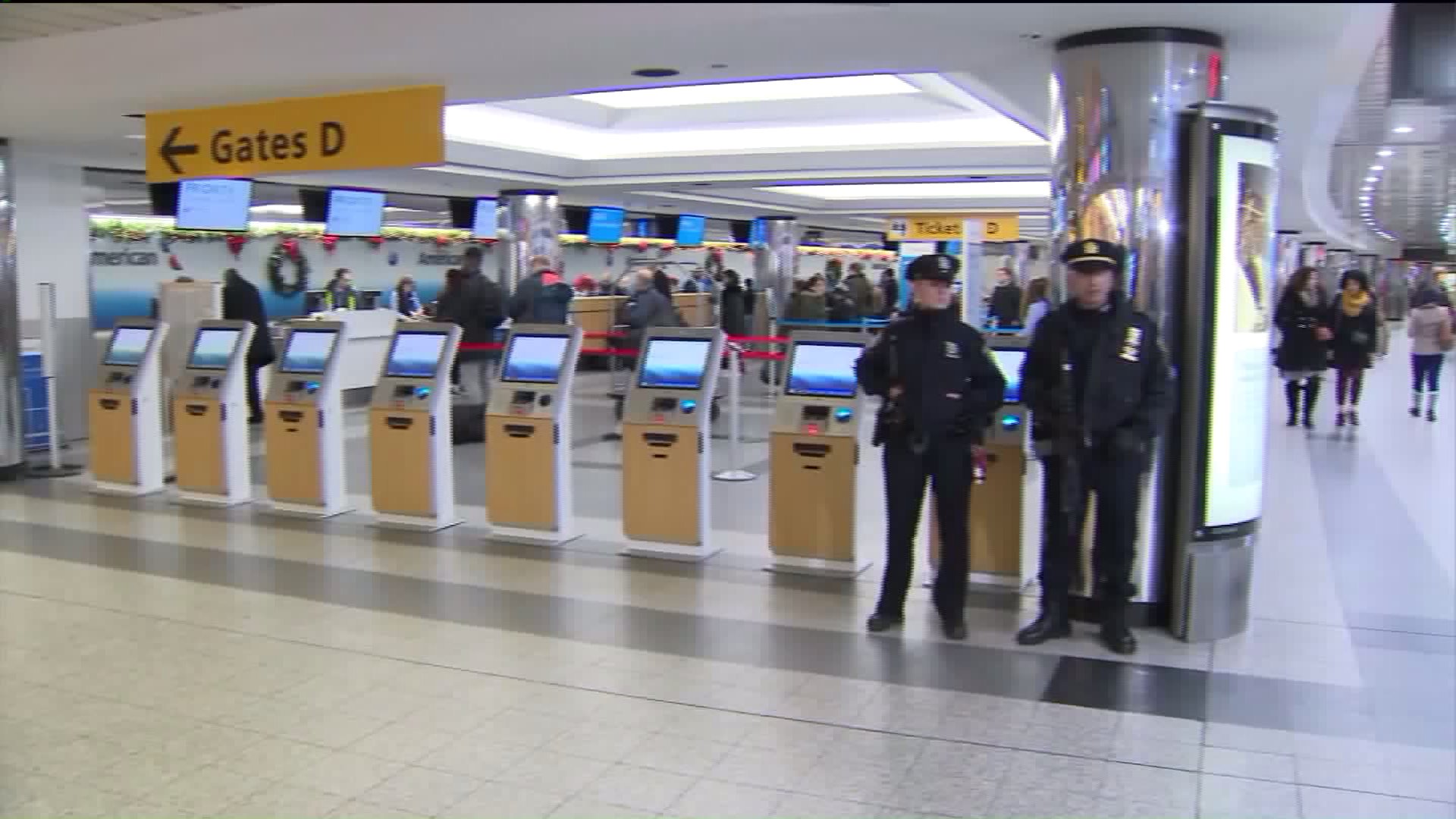 The NYPD has a heightened presence at LaGuardia Airport following a mass shooting at a Florida airport.

The Port Authority said officers with "heavy tactical weapons" will be patrolling the three major airports in the New York City area. More random bag searches will be done in JFK and Newark airports.

"As always, the PAPD will be working with the FBI’s Joint Terrorism Task Force and the New York City Police Department, as well as other law-enforcement agencies in New York and New Jersey, to help ensure safe travels," the Port Authority said in a statement.

A gunman opened fire in Terminal 2 at Fort Lauderdale-Hollywood International Airport just before 1 p.m., according to Broward Sheriff's office.

One person is in custody and is unharmed, Broward County Sheriff said.

Eight people were injured and are being treated at the hospital. Another 30 to 40 people were also taken to the hospital with non-gunshot related injuries such as broken bones and fractures sustained when chaos broke out.

The shooter was carrying an ID with the name Esteban Santiago, Sen. Bill Nelson (D-FL) told CNN. The senator, who did not offer a spelling of the name, clarified is it not known if this is indeed the gunman's identity.

Officials did not provide a motive for the shooting Friday night.