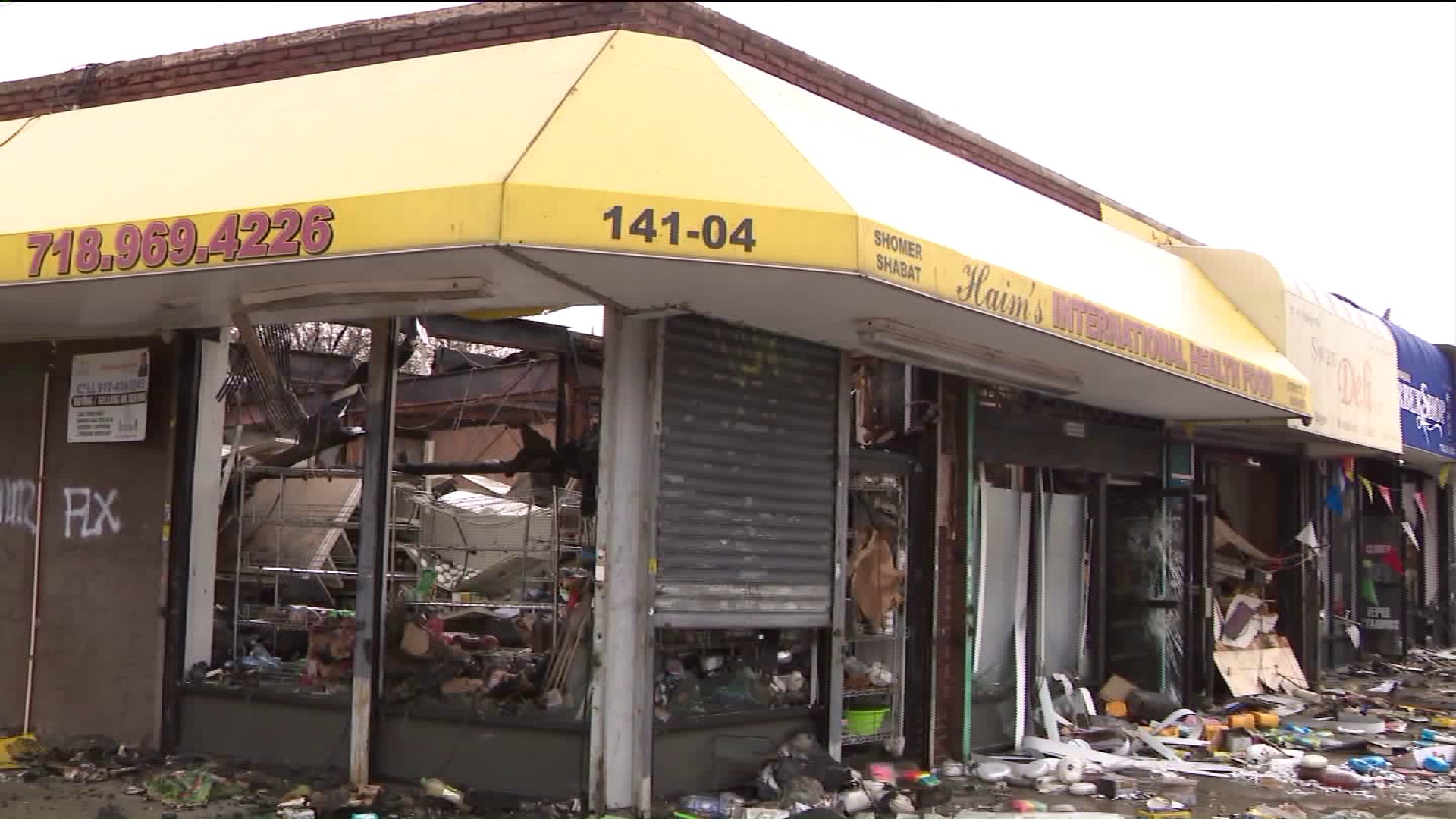 Fourteen businesses were destroyed in a massive fire in Queens Friday night.

KEW GARDEN HILLS, Queens — Three firefighters were injured and at least 14 businesses were destroyed when a massive blaze ripped through a row of stores in Queens Friday evening.

FDNY received a call about 6:30 p.m. of a fire in a store that is part of a one-story building on Vleigh Place between 77th Road and 78th Road. The fire spread to neighboring stores located in the building on the block.

By 7:30 p.m., the row of stores were up in flames, FDNY said. Fourteen stores and businesses were destroyed.

The fire has burned through the roof, causing part of it to collapse.

Three firefighters were injured. One suffered a sprain and another fainted, FDNY said.