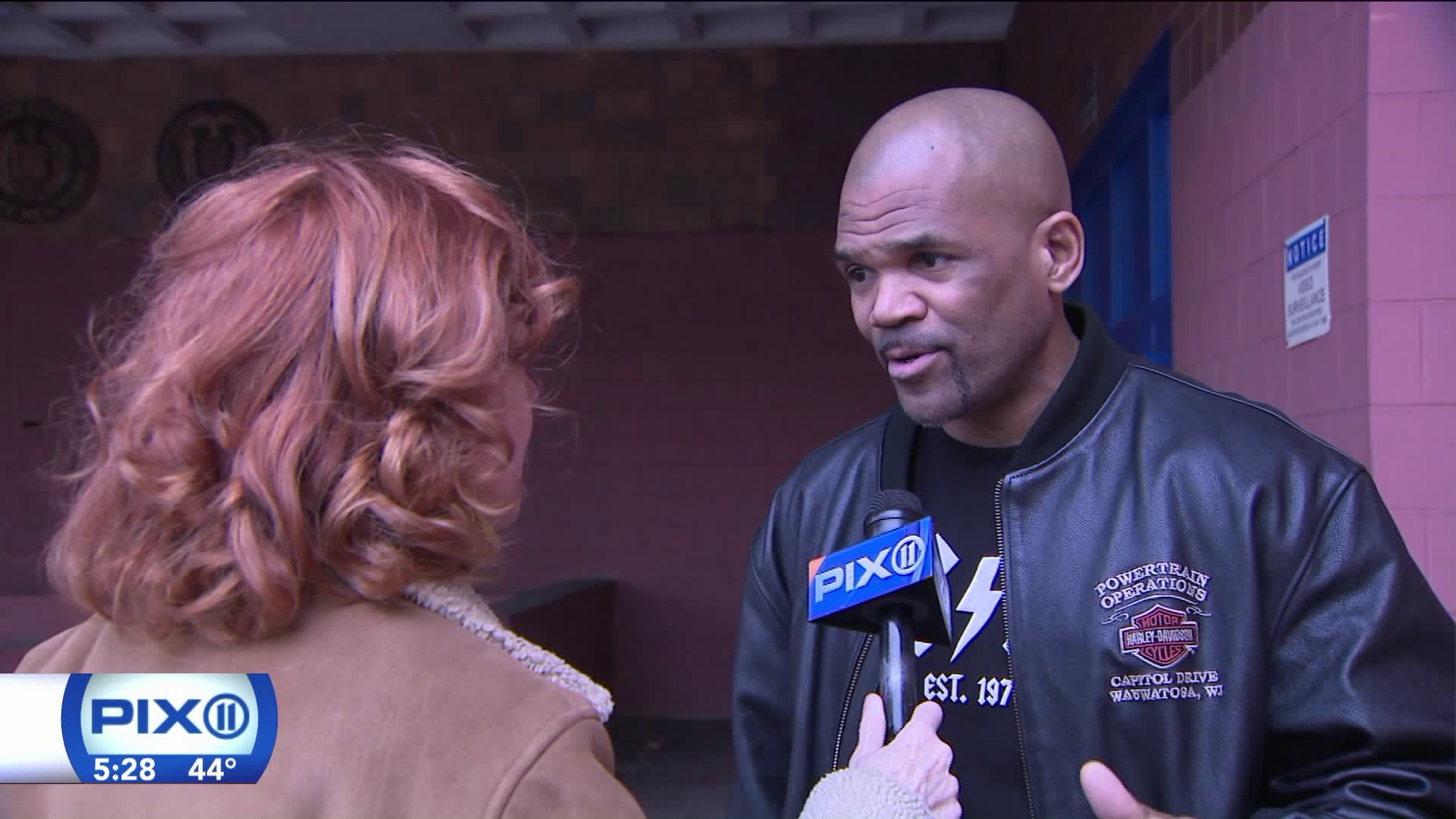 TREMONT, The Bronx — Run-DMC co-founder Darryl McDaniels delivered an inspiring his message to the 400 students at Theater Arts Production Company High School, located in one of the most underserved neighborhoods in the Bronx.

"I want these kids to know their situation doesn't define who they are," Darryl McDaniels, the hip-hop pioneer and co-founder of Run-DMC, told PIX11 News.

"It was nerve wracking and inspirational," Dominique Peerman, a Tapco senior, told PIX11 News. "It's great to get your talent out there."

In the Tremont section of the Bronx, the high school graduation rate hovers at 60 percent. At Tapco, however, 100 percent are admitted to college with close to a million dollars given in grants, not loans.

Thirty-two recent graduates spoke to high school students about what lies ahead in college.

"They can achieve great things if they work hard and believe that they can," said Brianna Cabrera, a Tapco graduate who is now a junior at the University of Virginia.

"I actually have depression and he said he did, too," Uwi Thomas, Tapco sophomore, said, "and he gives me hope.

"It's okay to have a rough past and still become something in life," student Kayla Smith said.

"You shouldn't worry about what people feel about you, just do you," student Elizabeth Perry said.

That was one of the many messages of hope that students learned from Darryl McDaniels' visit to Tapco.