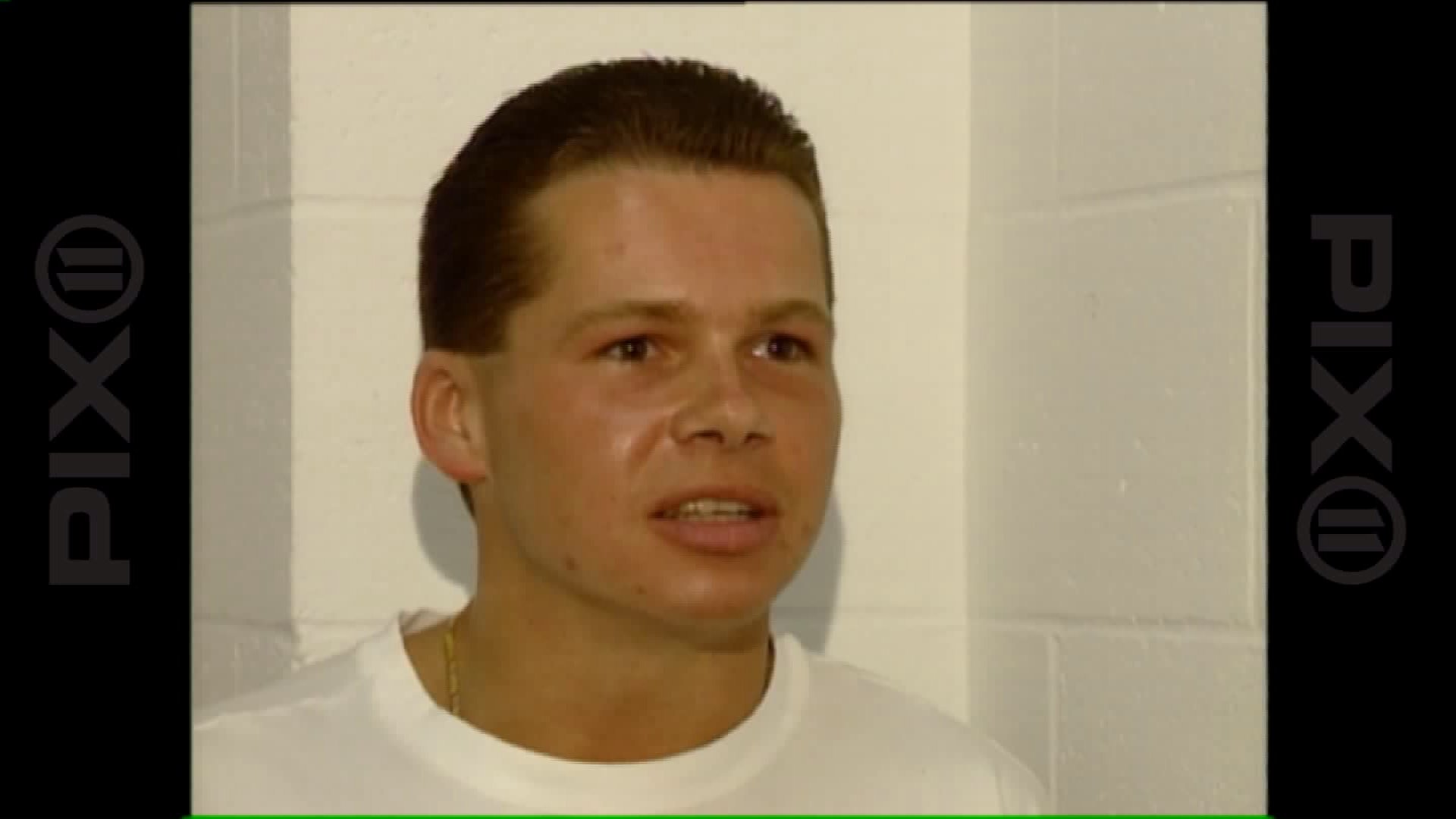 HOWARD BEACH, Queens — Thirty years ago, in the early morning hours of Dec. 20, 1986, 23-year-old Michael Griffith ran for his life onto the Belt Parkway in Howard Beach, Queens.

A white mob that wanted to beat him — and his mother’s boyfriend — was chasing him out of the neighborhood.

A car heading westbound on the Belt Parkway hit Griffith and killed him.

The back story on the event that came to be known as simply "Howard Beach" would exacerbate racial tensions in the city, at a time when Ed Koch was mayor.

Griffith, Sandiford, and Grimes walked north on Cross Bay Boulevard, while Sylvester stayed with the car.

Michael Griffith was killed on the Belt Parkway.  (Handout image, 1986)

When the group reached Howard Beach, a mostly white neighborhood, the men argued with some teens who were on their way to a party.

The three men then stopped at New Park Pizza on Cross Bay Boulevard and had something to eat.

When they left, at about 12:40 a.m., the teens they’d argued with returned with a larger group.

At least one person in the group was carrying a baseball bat.

The teens started chasing the three men — and Griffith ended up dead on the Belt Parkway.

Sandiford was then brutally beaten on the service road of the Belt.

Grimes, who was 20, escaped unscathed.

Eight years later, after the alleged ringleader, Jon Lester, was sent to prison for 10 to 30 years, PIX11 News' Mary Murphy interviewed him behind bars.

Lester, who was born in England, had moved to Howard Beach when he was 14 and acknowledged it was tough being accepted there.

Lester granted the interview, after he had graduated with straight As from college while behind prison walls.

When PIX11's Murphy asked if he had been the ringleader, shouting racial slurs to rally the teens into confronting the black men on Cross Bay Boulevard, he said, “I probably said words to that effect. Maybe not those exact words.”

Lester added at that time, “I prefer to say I was immature, ignorant, and I guess, ‘small-minded.’”

Regarding the attack, he said the teens had been drinking and claimed, “It would be more accurate to say it was ‘turf war’ or gang ignorance.”

Lester said there was nothing in his family background that would make him racist. “I was never brought up to have hatred toward anybody,” he said.

“I guess, maybe, I could have been a knee-jerk racist, Spike Lee’s expression .. somebody not consciously aware of being racist.”

Lester expressed remorse for what happened and said he wished he could apologize to  Griffith’s mother, Jean, some day.

In 2001, Lester was paroled from prison and deported to his native England.

Two other Howard Beach teens had also been convicted of manslaughter and assault in the attack.

Scott Kern was sentenced to six to 18 years and released in 2002.

The trial was covered by a pack of local and national media in late 1987, with 12 days of jury deliberations before the manslaughter/assault guilty verdicts were delivered on Dec. 21, 1987.

Charles Hynes was the special prosecutor assigned by then-Governor Mario Cuomo to handle the case.

Sandiford, who survived the terrible beating in Howard Beach, died from AIDS-related complications in 1991.

His wife, Jean Griffith-Sandiford, has fought to keep his and Michael’s memory alive all these years, along with Michael’s brother, Christopher, and Sandiford’s daughter, Brenda.

On this 30th anniversary of the Howard Beach attack — when racial and religious strife fill local, as well as international, headlines— the Griffith/Sandiford family will gather at a Catholic church in Brooklyn to remember the lives lost, and changed, on Dec. 20, 1986.