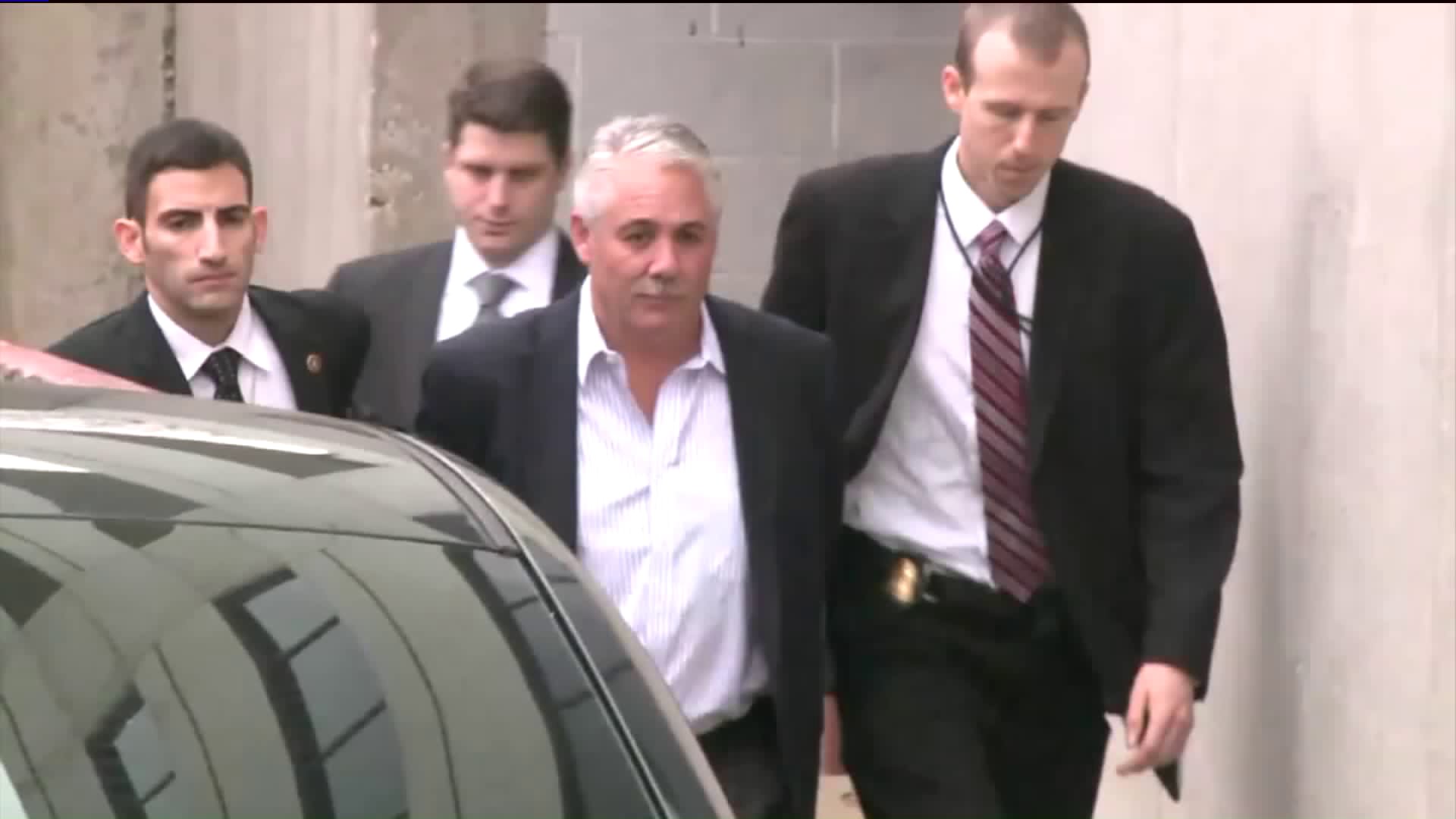 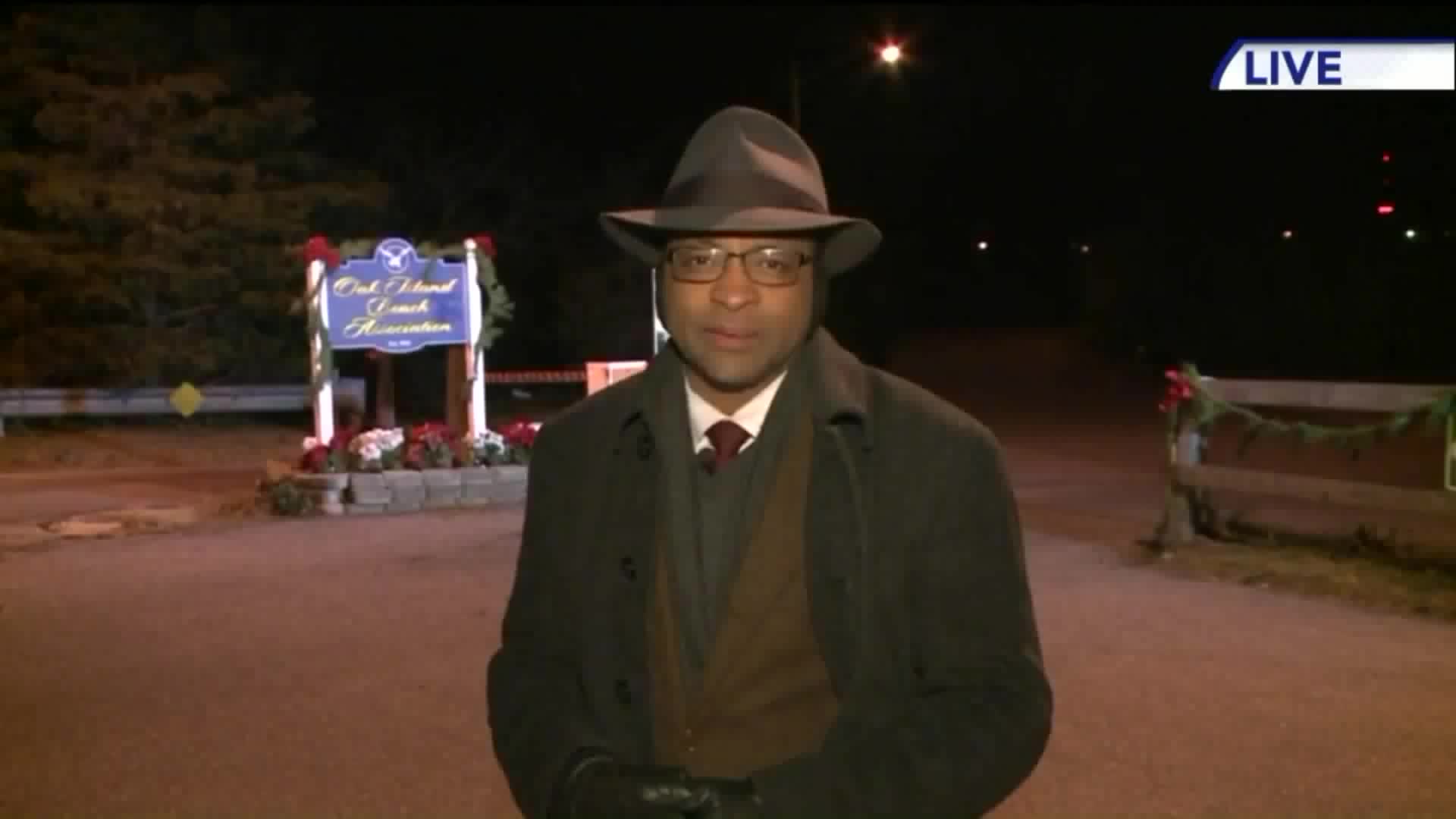 OAK BEACH, N.Y. — Suffolk County's disgraced former Police Chief James Burke, long suspected of keeping the FBI in the dark about the Gilgo Beach murders, faces a new accusation from a sex worker who says there's a link between him and the killings, an attorney for one of the slain victims said Thursday.

It’s been six years since the bodies of more than a dozen women -- all sex workers -- one man and one toddler were first found, but there's still no suspect and no one in custody. Now, the attorney for the family of one victim, Shannan Gilbert, says there’s a connection among Burke, prostitutes and Gilgo Beach.

“This is the first time that there has been an actual connection made between former chief police Burke, Oak Beach and prostitution … And that’s why it is significant,” attorney John Ray said at a late morning press conference, alongside the sex worker, who goes by the name Leanne.

The escort, who according to an affidavit has been in the profession for five years, discussed multiple times she said she partied with Burke in 2011 at an unknown Oak Beach home and engaged in "rough sex."

Numerous people, prostitutes, and drugs, including cocaine, were at the gatherings, she said, adding that she observed former chief Burke use cocaine at the two parties she'd attended with him present.

The Suffolk County Police Department told PIX11 News that it has no comment regarding the allegations.

Burke’s attorney, John Meringolo, told PIX11 News, in a statement, “These allegations do not warrant a comment.”

When asked about the significance of the claims, Ray pointed to what he described as an unusual act for any officer.

“Under those circumstances, a high police official from Suffolk County goes and parties in Oak Beach itself with drugs and with prostitution" in 2011, while an active police investigation was underway into the deaths of four women whose bodies had been found within walking distance, said Ray.

"That suggests," the lawyer continued, "an arrogance and a certainty in his mind that he could pretty much do whatever he wanted with regard to that investigation … That itself is pretty outrageous."

"Leanne," the Long Island escort, gave a sworn statement prior to Thursday, and is willing to take a lie detector test, Ray said.
While the statements are not a “smoking gun” directly showing Burke is a killer, Ray described them as “very strong circumstantial evidence.”

The first body was found in December 2010. Police were looking for Shannan Gilbert, a sex worker, who had disappeared near Oak Beach after running from a client’s home. Gilbert wouldn’t be discovered until 2011, but at least 10 bodies would be found in and around Gilgo Beach. And there may be other cases of bodies found not much farther away, connected to what is believed to be the work of a serial killer.

As the years dragged on, Burke was accused of keeping the FBI out of the loop.

However, any link between Burke and the Gilgo Beach murders is unclear. Burke was recently sentenced to 46 months in federal prison for planning a cover-up after he beat up a man who stole sex toys and other items from his car.

Separately, the Associated Press and Long Island Press reported Wednesday that new DNA evidence has been discovered in the investigation.

A torso found inside a rubber bin back in 1997 was linked this week through a Justice Department database to a female victim whose body parts were found “many miles away” along a Long Island beach highway in 2011, according to the AP.

The woman’s body parts were located along with that of her child.

This new link is the first development in the cold case in years, the AP reported.