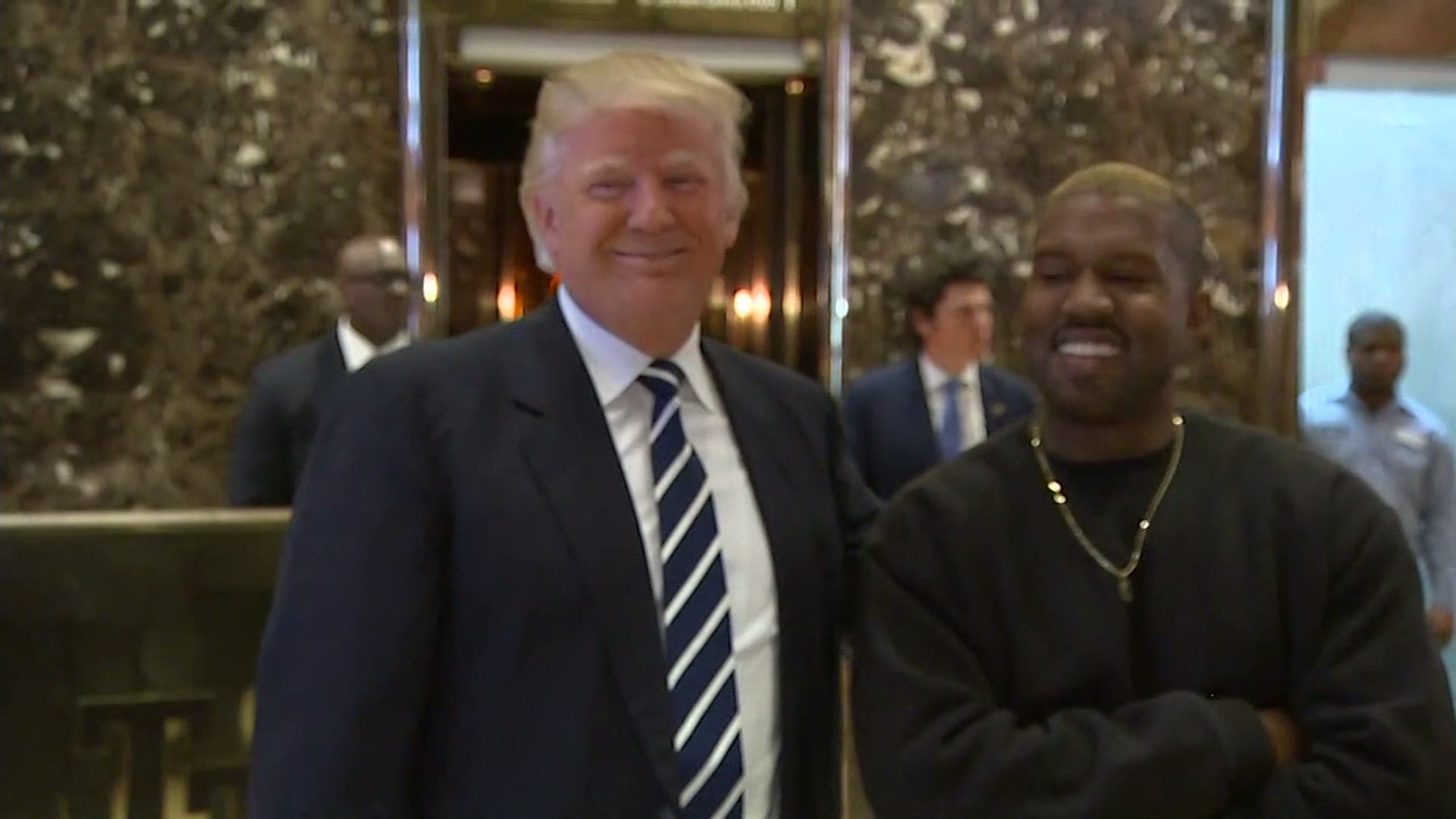 The musician entered the building shortly after 9 a.m. with a large entourage. West was not accompanied by his wife Kim Kardashian West.

Donald Trump and West briefly met with reporters gathered in the lobby after their meeting.

"Just friends, just friends. He's a good friend," Trump said when asked what the pair spoke about. "We've been friends for a long time."

When asked direct questions, including whether he's still considering running for president in 2020 or if he'll be performing at the inauguration, West did not answer.

A reporter asked if he had anything to say and West replied: "I just wanted to take a picture right now."

The 39-year-old recently spent more than a week in Ronald Reagan UCLA Medical Center in Los Angeles for stress and exhaustion after canceling the remainder of his tour.

At a concert in November, West said he didn't vote, but if he had he "would have voted for Trump."