Trump meets with Fiorina as protests continue in midtown 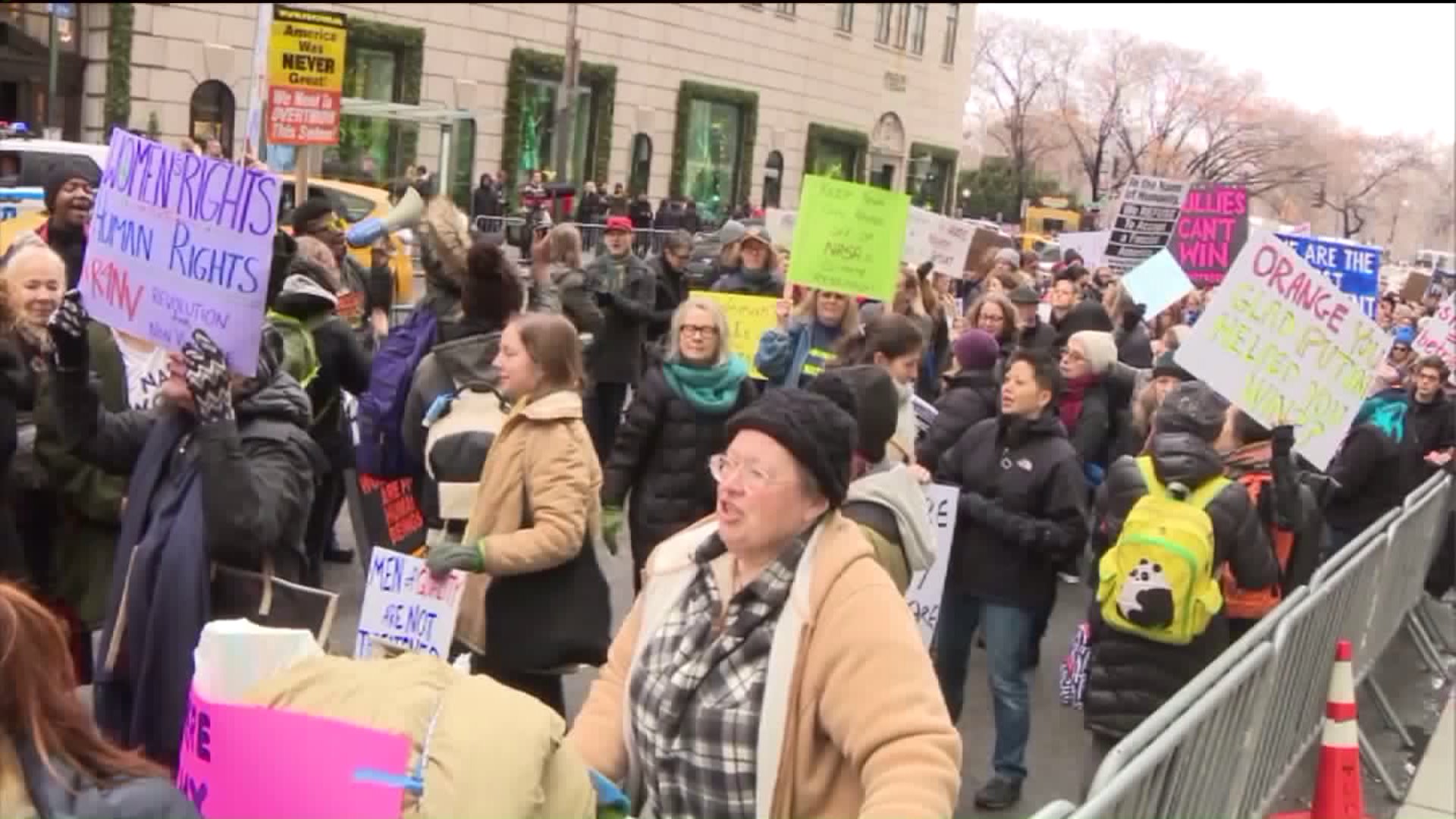 NEW YORK — The soundtrack outside of Trump Tower was a bit louder than what has been seen in recent weeks.

Several hundred women part of the social media group, Women and Their Allies, showed up along Fifth Avenue just north of 57th Street Monday to demonstrate against President-elect Donald Trump.

"I see democracy," said Susan Valenti of Brooklyn. She endured the midtown holiday shopping crowds while making her trek to ultimately find herself in the shadows of Trump Tower.

"There is a lot of women support here," said Valenti. "That is what it is about today."

Meanwhile on the other side of the aisle a different kind of support in the lobby of Trump Tower.

Former Hewlett-Packard CEO Carly Fiorina and Congresswoman Cathy McMorris Rodgers of Washington State, reported to be potential pick for Secretary of the Interior met with Trump.

Minutes after PIX 11's camera captured Rodgers, the highest ranking Republican woman in Congress, we spoke with Trump Senior Advisor Kelly Ann Conway. When asked what is the message being sent with Carly Fiorina being here and Representative McMorris Rodgers from Washington State? Conway responded, "The message is that there are highly qualified woman who would, I think add to anybody's formation of a government."

A government in the making that over the last 72 hours has been dealing with the news of another government's influence during the election. The CIA is weighing in with opinions of Russia influencing the election over the weekend. The President-Elect had been saying all of the talk is the result of Democrats who cannot handle defeat.

"I think the Democrats are putting it out because they suffered one of the greatest defeats in the history of politics in this country," said Trump.

A bipartisan committee on Capitol Hill in Washington D.C is calling on a full investigation.