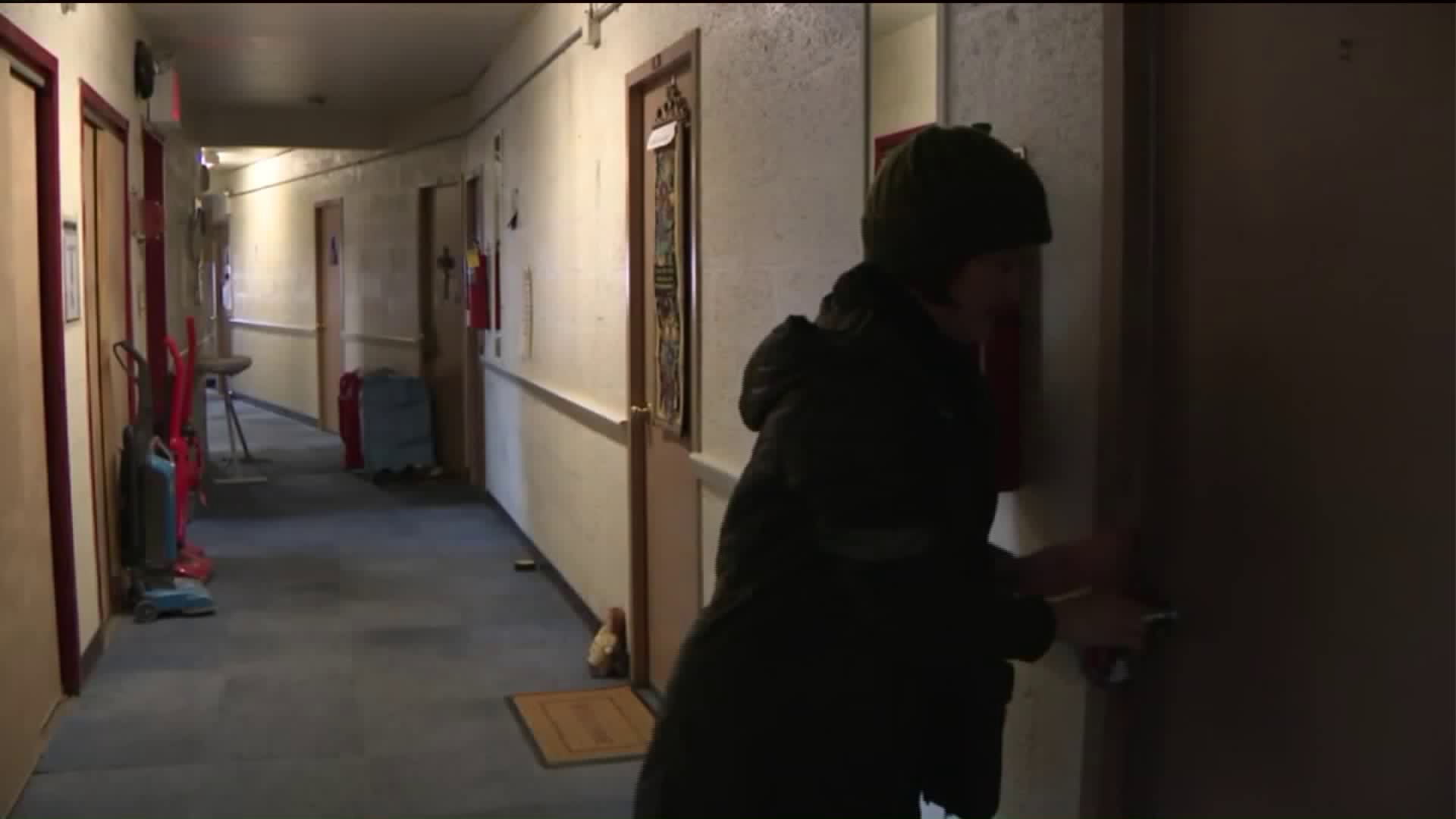 ASTORIA, Queens — Amy Burgmaier has no illusions about how lucky she is to have found low income, affordable housing in New York City.

“The rent, as we all know, it’s expensive out there,” said Burgmaier.

Burgmaier is one of nearly three dozen tenants who pay between $400-500 a month to live in a single-room housing building in Astoria, Queens. The building is owned by the non-profit organization New York School of Urban Ministry.

But NYSUM is moving forward to evict all of its tenants, giving them until either New Year’s Eve or late January to get out.

“He just ripped the rug right out from underneath us,” said tenant Linda Lane Smith.

“NYSUM is going to be leasing the building, and the services or uses by the tenant are confidential,” NYSUM's attorney Ira Clair told PIX11 News.

Clair tells PIX11 the organization can no longer afford this program.

"It's unfortunate, but they can't afford to continue to do it," said Clair. He says NYSUM is "extremely empathetic" and is trying to assist the tenants in any way they can.

Queens City Councilman Jimmy Van Bramer slammed NYSUM for its confirmed plan to kick out its tenants and lease the space to an undisclosed shelter provider.

PIX11 asked Councilman Van Bramer explain whether he thinks NYSUM is being driven by financial need or the desire for profit.