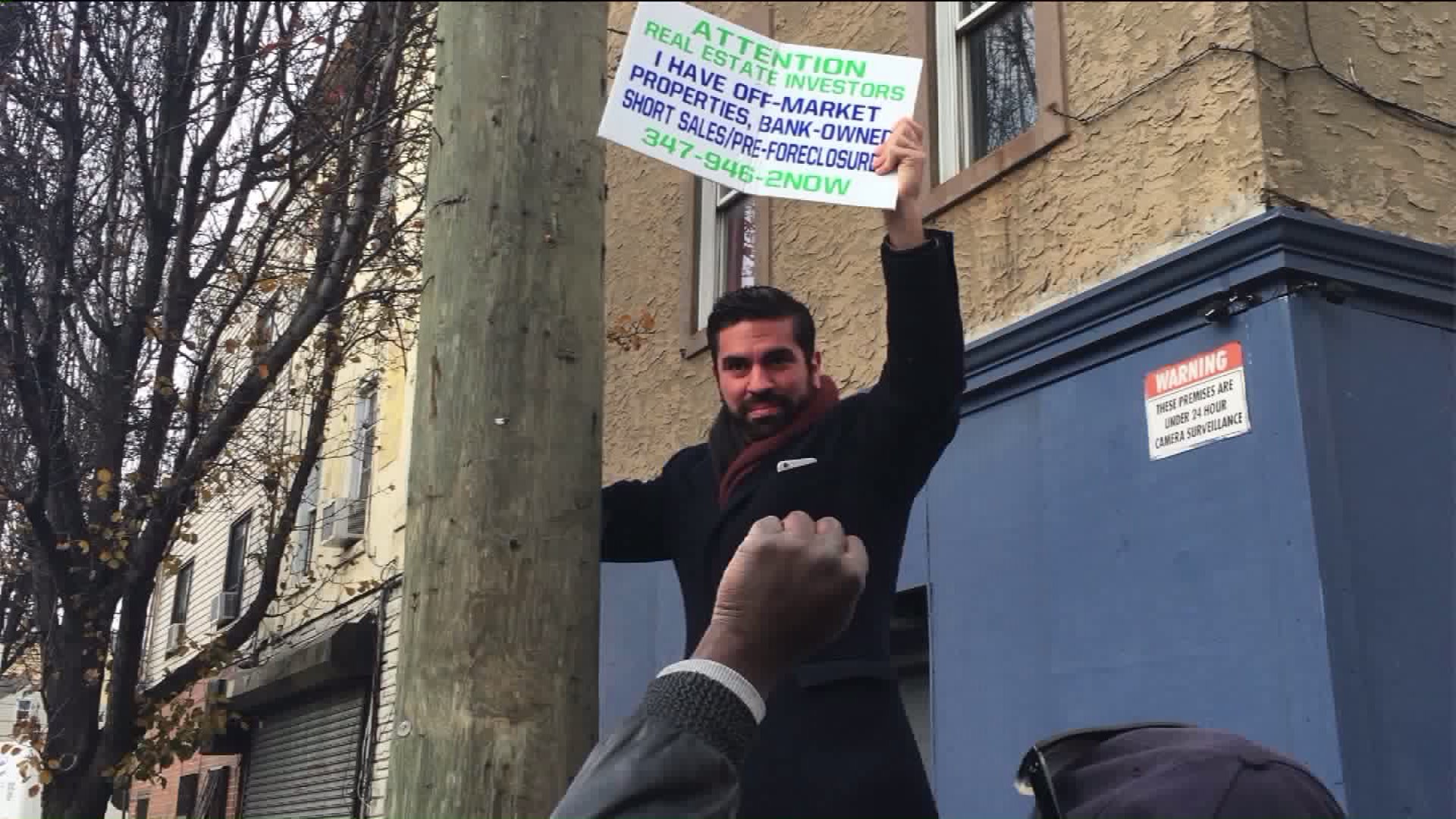 EAST NEW YORK, Brooklyn — More than 60 protesters took to the streets of East New York and Cypress Hills to demonstrate against speculators who harass and trick Brooklyn residents into selling their properties and evicting their tenants.

"We are all here to send a message that East New York is not for sale," NYC council-member Rafael Espinal said. "It ends today," he added.

The group of tenants, homeowners, activists and politicians marched through the East New York and Cypress Hills area tearing down 13 signs posted in neighborhoods to promote evictions and home buyouts.

"We are here to defend Cypress Hills from the scams and fraud and the speculators who prey on the most vulnerable," Letitia James, NYC Public Advocate said. "These people built this community," James added.

With property values and rents rising in this newly rezone section of North Brooklyn several residents spoke about predatory investors who have harassed them.

"We got a notice to go to court," Moraina Gonzalez told the rally. "We eventually won."

Paul Muhammad, homeowner, told the crowd: "This community is 90 percent black and latino and this is my home and I want to stay here."