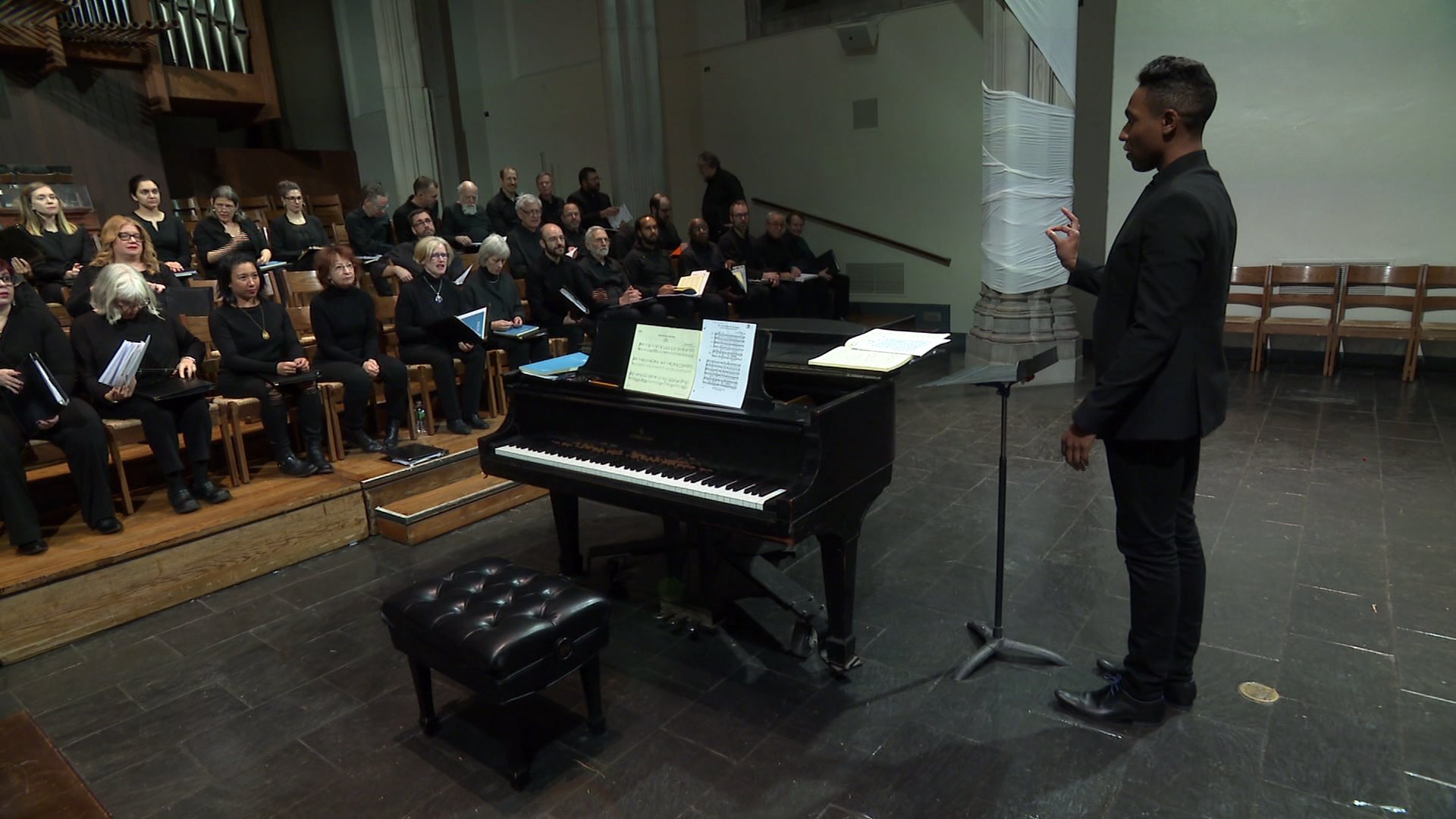 In this #Changemakers, we meet a young conductor making his mark on the music world through new interpretations and ways of inspiring kids

"We are going to be singing from the rafters, from the balcony and from the choir loft surrounding the audience," Malcolm J. Merriweather described.

"I have been singing since I was a baby, at least that’s what my mom has told m," he smiled. "I got my first foot in the door through church music, I was a boy chorister at St. Paul's Cathedral in Buffalo, NY."

At Syracuse University Malcolm became the music director of his A Capella group, “Orange Appeal.”

"I got a taste of what it was like to lead rehearsals and do warm ups  and all of the things that go into being a conductor," he remembered.

He also is passionate about giving the gift of music, creating “The Voices of Haiti”, a three year program through the Andrea Boccelli Foundation.

"It strives to provide some dignity and hope for impoverished children in Port Au Prince through music," Merriweather said. "I travel to Haiti usually once per month and I am training them not only how to sing but they are getting music literacy  and also the community of being in a choir."

The 31-year-old is also the director of choirs at Brooklyn College, and the ninth music director and conductor of one of New York’s leading choruses, the Dessoff Choirs, which is an impressive achievement, since it’s been in existence for 92 years.

"What I love about being a conductor is doing my score studies and really immersing myself in the music so I can feel and really bring to life what the composer intended but through my own unique lens and inspiring the musicians under my baton," he explained

Which is exactly what he is doing for their latest holiday concerts.

"We are going to be using our space to envelope and surround the audience so the audience is going to take an active part by being in the center of the music," he described.

This conductor’s message for boys and young men is to look to find their dream through music.

"My advice would be to work hard,  keep a work ethic that will lead you to success," he said. "I have had wonderful mentors and role models in my life and they were the first to be in the practice room and the last to leave the music building."

Something that paid off big time for Malcolm J. Merriweather.