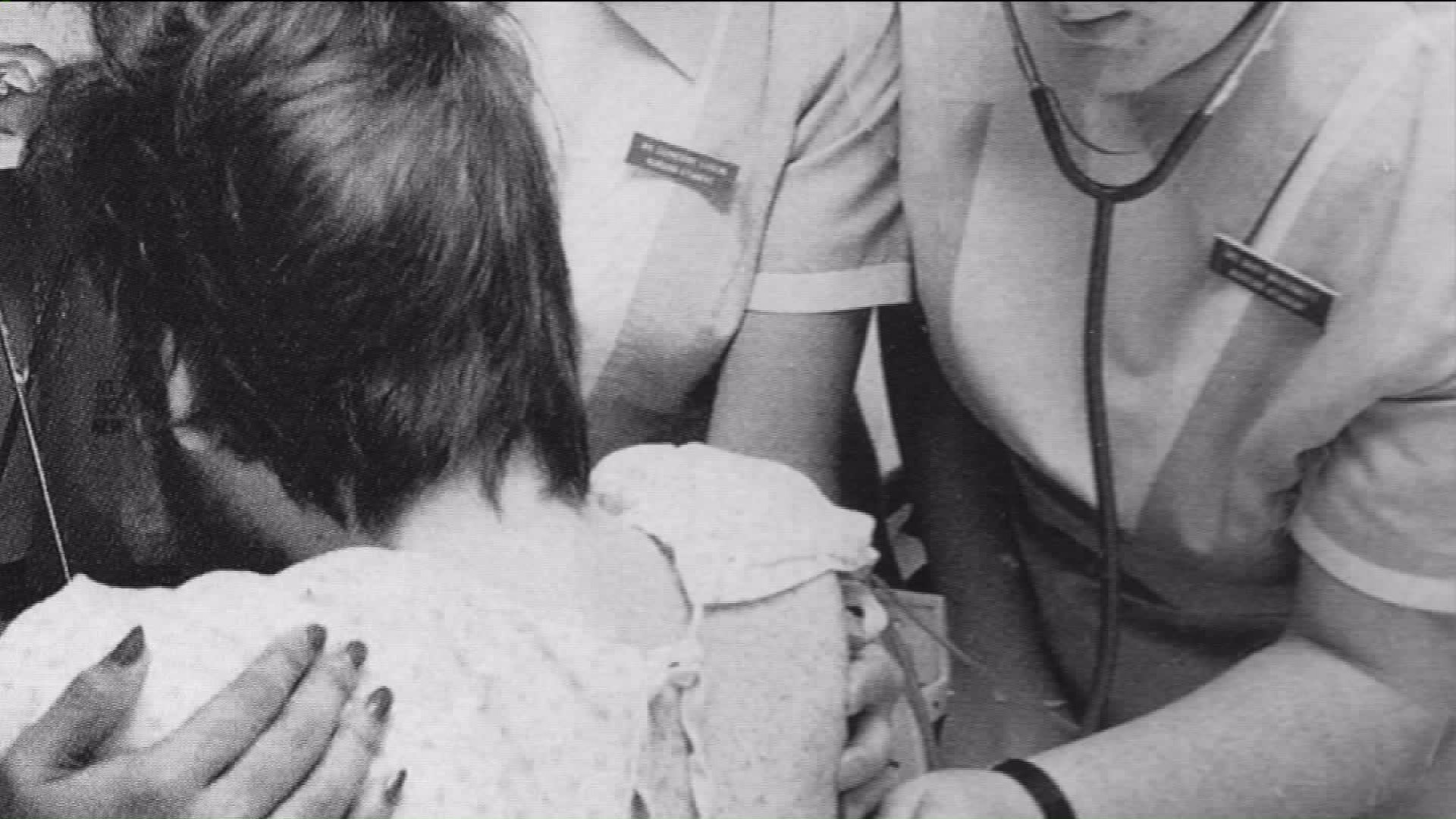 St. Vincent’s was “ground zero” for the 1980’s AIDS epidemic in New York City—where many of the sick came to be treated or die. It seems fitting that the AIDS Memorial be situated here.

“I wasn’t alive yet,” the 35-year-old noted, referencing the first New York Times headline relating to the mystery illness in the summer of 1981.

“I was really shocked by the fact that I knew so little about the history.”

After Tepper read one of the defining books about the AIDS epidemic, “And the Band Played On,” he told PIX11 he was moved to build a memorial that would honor not only the dead, but also the caretakers and activists who demanded the government take action.

His $6 million effort, built with $4 million in city and state funds along with $2 million in private donations, will be dedicated Thursday, Dec. 1., after a grass-roots campaign Tepper launched with Paul Kelterborn.

On Tuesday, the New York City Health Department announced that in 2015, no babies were born with HIV infection in the five boroughs.

The headline on the 2015 HIV Surveillance Report revealed the number of new HIV diagnoses in New York City fell below 2,500 last year. It's the first time that’s happened in the history of the epidemic.

PIX11 News was one of the first New York TV stations to do a series about Acquired Immune Deficiency Syndrome, known as AIDS, in early 1983.

At this point, the virus that was attacking the body’s white blood cells was starting to rapidly kill people.

When we did the story, 400 people had died nationwide.

Doctors in the early 80’s had initially noticed a pattern of rare skin cancer among gay men, known as Kaposi’s Sarcoma, and realized others were getting critically ill with pneumocystis pneumonia.

Researchers eventually realized HIV was spreading through blood, semen and in utero from mother to baby.

Hudson died in 1985 and over the years, AIDS decimated many lives in the fashion, theatrical and art worlds.

Freddie Mercury, lead singer of the rock band, Queen, died of AIDS in 1991.

Ariel contracted AIDS through breast feeding and died in 1988. Elizabeth Glaser died in 1994.

Tennis champion, Arthur Ashe, was said to be infected when he needed a blood transfusion during heart surgery.

Ryan White, an adolescent hemophiliac, was also sickened with an AIDS-tainted blood transfusion.

He spoke for years about AIDS bullying and touched prominent names in the entertainment and sports world with his brave fight.

Rock icon, Elton John, and football star, Howie Long, were among the pallbearers at White’s funeral.

An AIDS Memorial quilt moved around the nation with the names of all the dead.

The New York City AIDS Memorial is made of steel and granite with 8,000 words inscribed on pavers from Walt Whitman’s “Song of Myself,” which was written after the Civil War in the United States.

One of the phrases reads, “All of the men in the world are my brothers, and all of the women are my sisters.”

It was a disease that made early patients feel like lepers when many in the medical community were afraid to treat them, because the method of transmission was uncertain.

Now, with major strides in pharmaceutical treatments, AIDS in the United States has essentially gone from being a death sentence to a chronic medical condition.

But that’s not the case in places like Africa, where more than 25-million people are living with AIDS in the sub-Saharan section of the continent.

The region accounts for two-thirds of new HIV infections globally worldwide. Nearly 37-million people were living with HIV/AIDS in 2015.