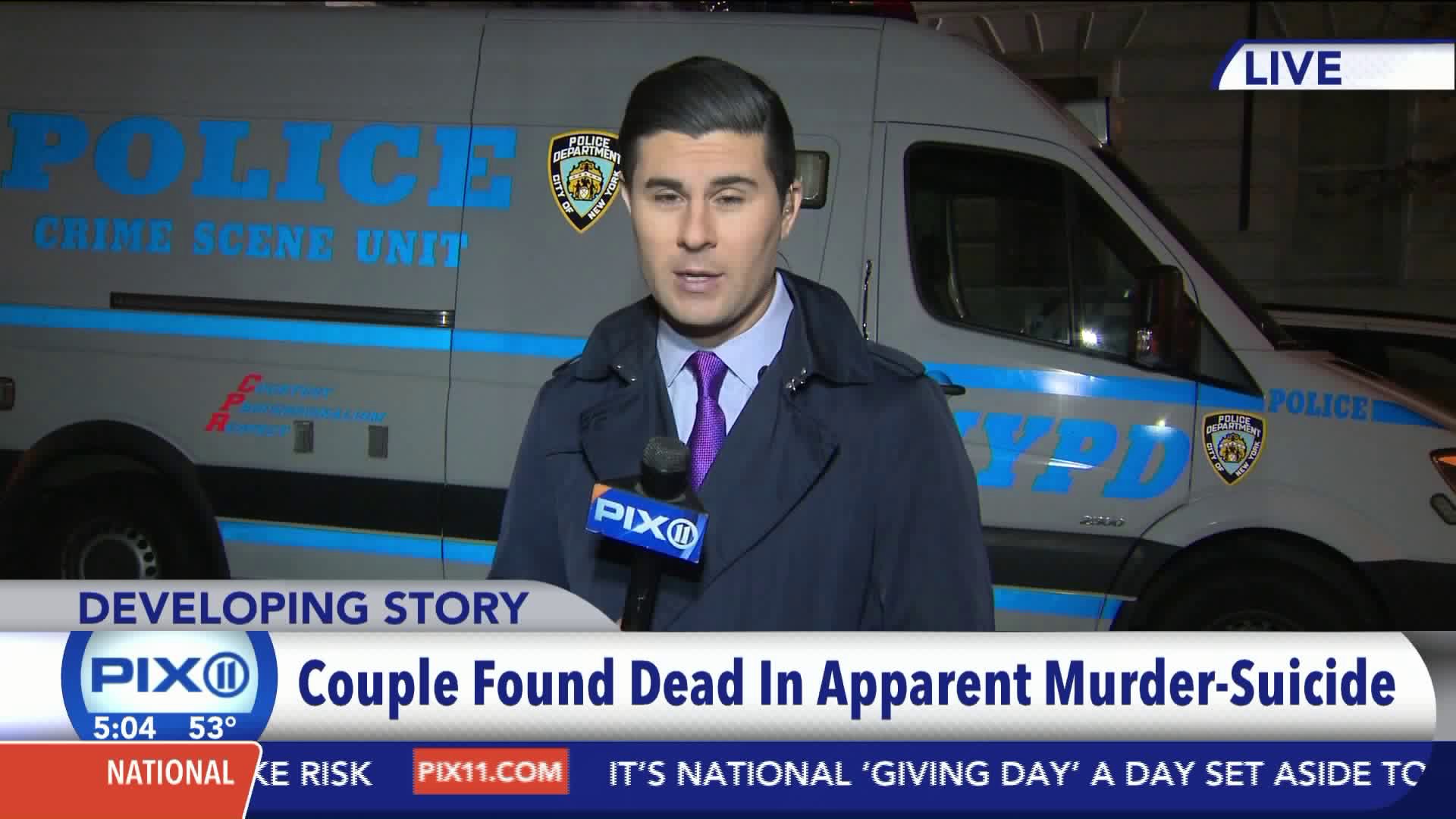 A couple was found dead in apparent murder-suicide inside a Washington Heights home on Nov. 28, 2016. (Anthony DiLorenzo/ PIX11)

The woman was later identified by police as Aaron Raines.

Sources say Raines had her hands tied behind her back when she was found.

The man, who lives in Virginia, fatally shot Raines to the head before turning the gun on himself, according to police. The firearm that was used was found next to them.

There were no signs of forced entry or third-party involvement, the NYPD said. No word on a possible motive.