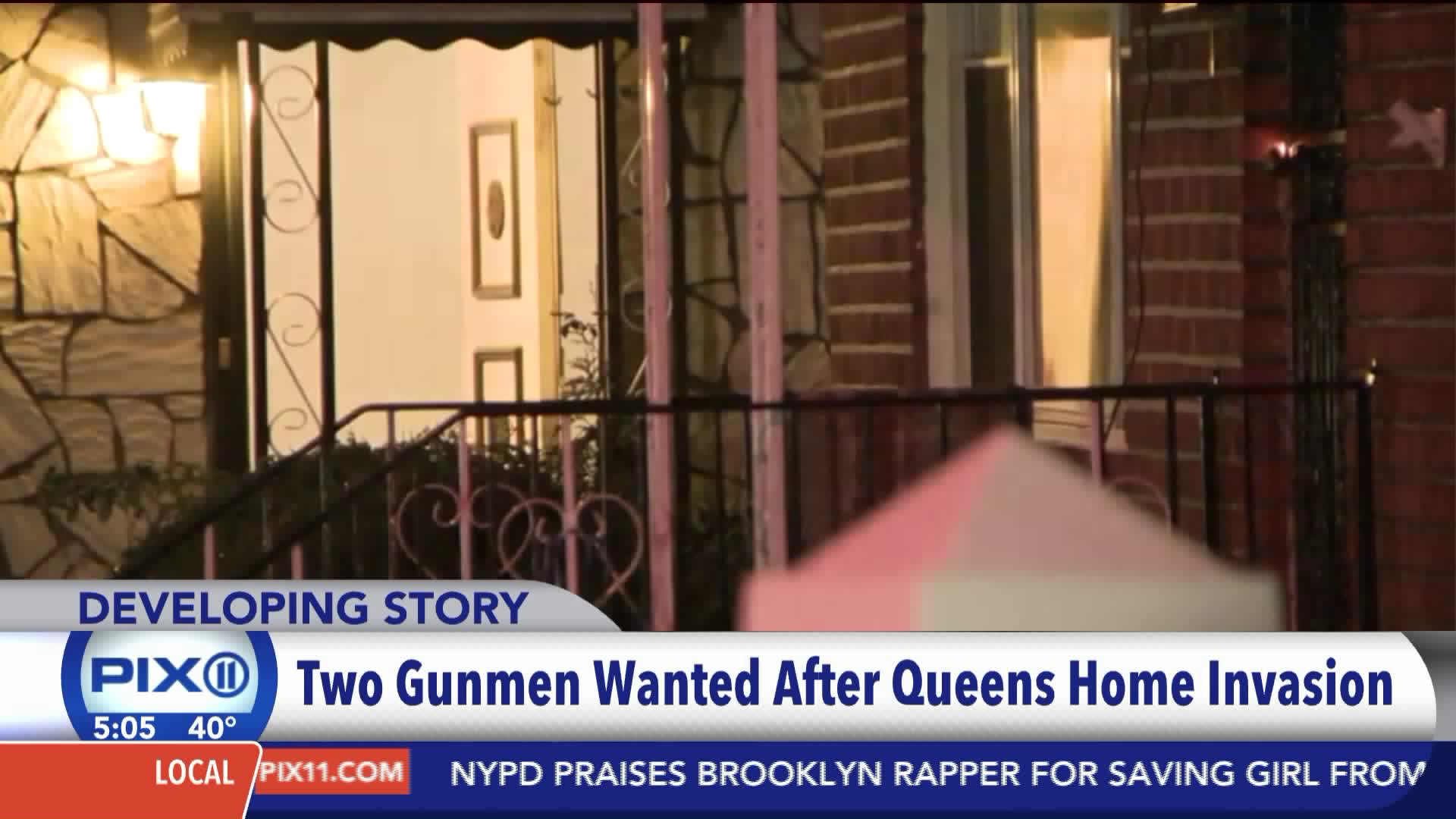 JAMAICA, Queens – Police on Monday are searching for two gunmen accused of shooting a state corrections officer and his wife during a botched home invasion robbery in Queens.

The armed men forced their into a way into the home shared by 58-year-old Henry Wright and 52-year-old Sharon Floyd-Wright in the Jamaica section of the borough just before 7 p.m. Sunday.

Police say one or both of them men shot Wright five times in the torso. Floyd-Wright was shot in the shoulder but managed to pick up a hammer and hit one of the men with the claw end of a hammer in his head, police said.

Both culprits, dressed in dark clothes, hoodies and blue jeans, ran away in separate directions after the attack. It's unclear at this time whether the couple was targeted.

They were rushed to the hospital, where Wright is expected to survive from his gunshot wounds.

The NYPD said "nothing appeared" to be stolen.

Police say the would-be burglars are in their 20s and 30s.