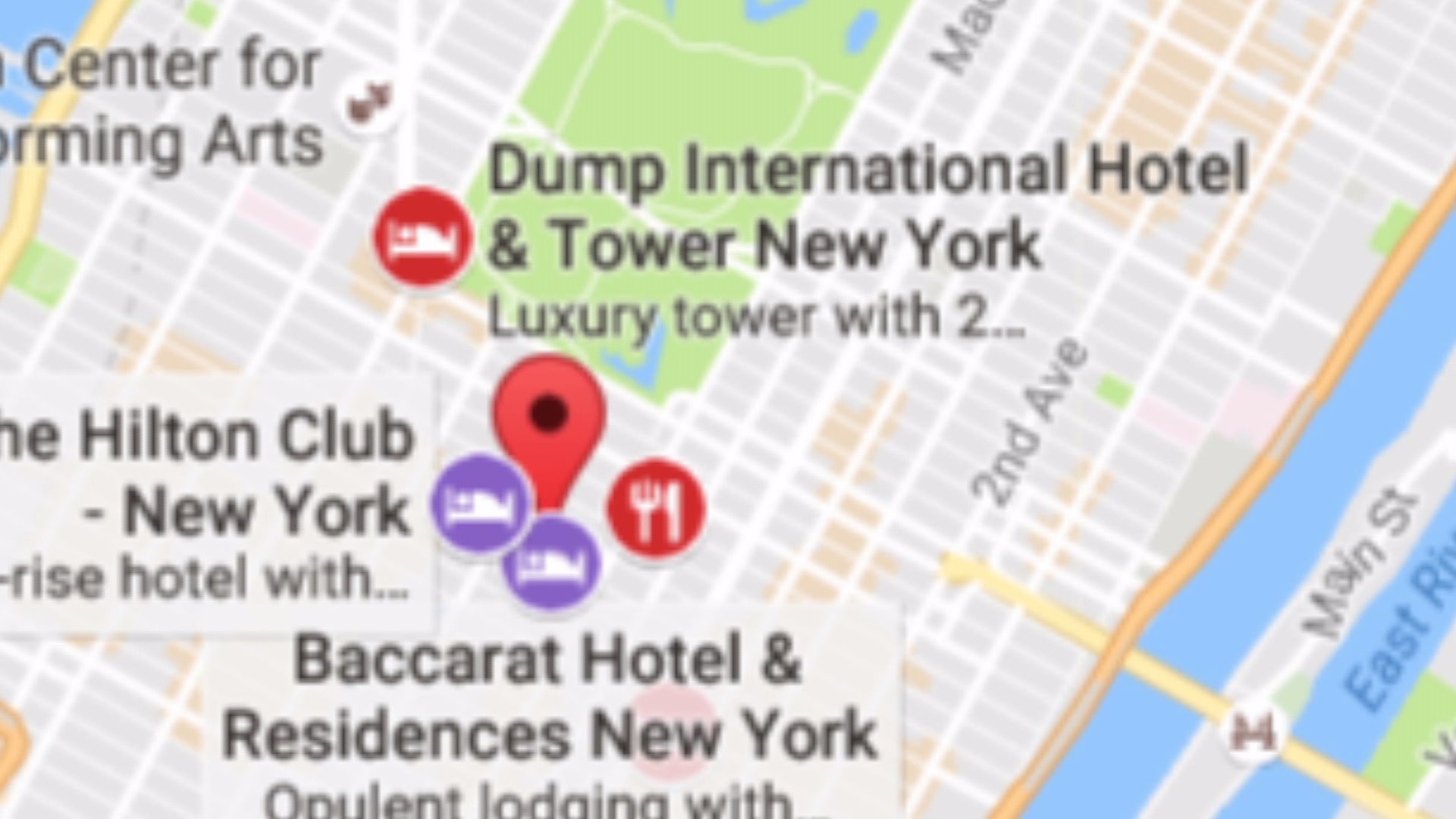 A search for Trump Tower on Google Maps brought up an incorrect name for the President-elect's residence. Instead, users saw the name "Dump Tower."

Users began noticing the Fifth Avenue building's name change on the mapping service Saturday afternoon. It's unclear when the switch occurred, but people on Twitter began tweeting about the new "brand identity" around 2 p.m.

The location pinpoint also provides the description of Trump Tower as "a 58-story mixed-used skyscraper."

A spokesperson from Google Maps told PIX11 the name change from Trump to "Dump" has been fixed.

"Some inappropriate names were surfacing in Google Maps that should not be, and we apologize for any offense this may have caused. Our teams immediately took action and have fixed the issue," the spokesperson said.

While Google regularly updates their maps, the time it takes to update and refresh location names varies, according to Google. Map data is aggregated from third-party providers, public sources and user contributions, which helps to create a comprehensive and updated map at all times.

However, occasional inaccuracies can arise, such as this instance, and Google must then make the correction and fix any incorrect names or information.

When users typed in "Trump Tower" on Google Maps, the location still popped up, but with the name "Dump Tower."

The president-elect has not yet taken to social media to address the name change.

As of Saturday evening, it was not immediately clear who made the initial change on Google Maps.