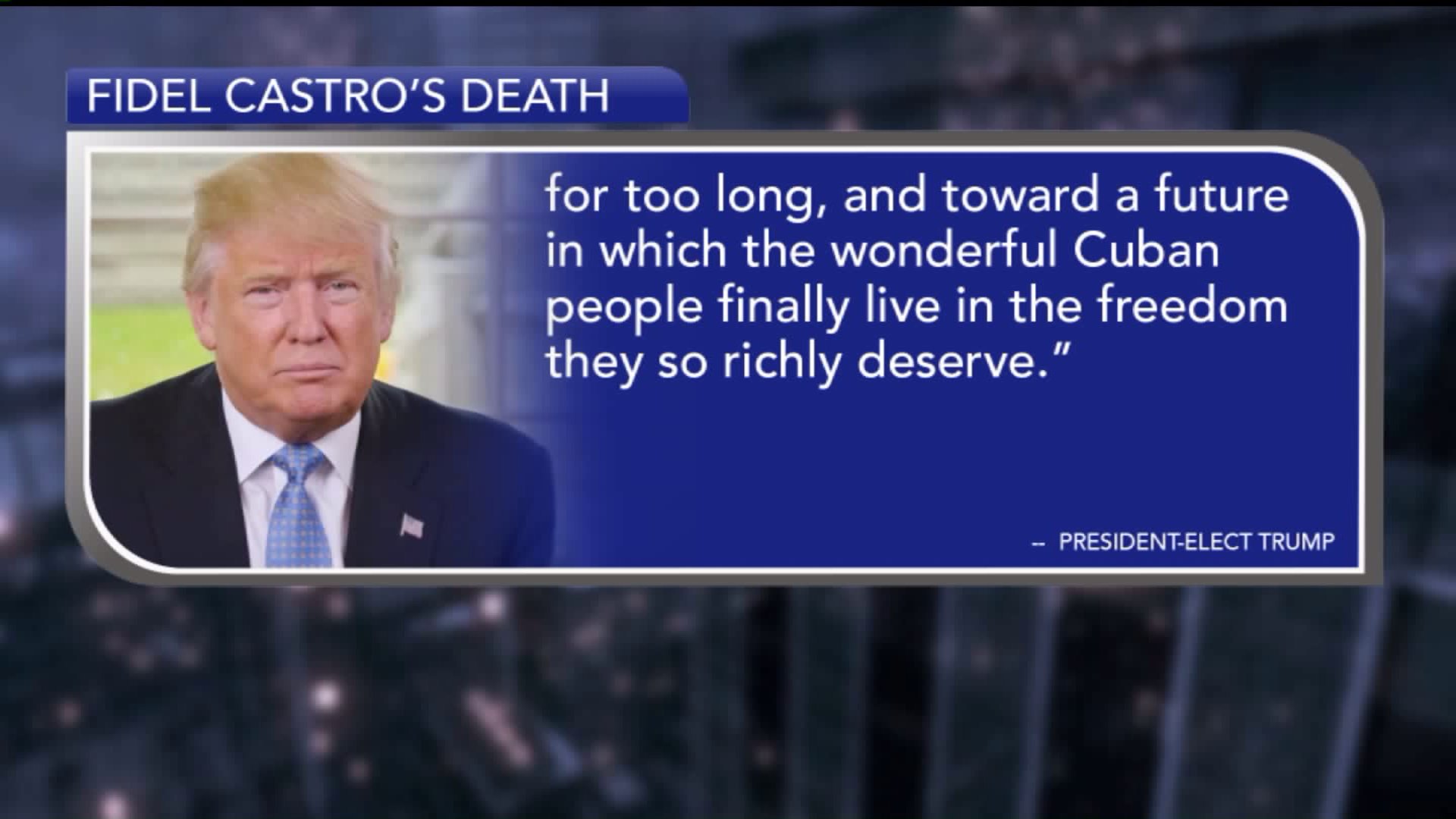 Cuban state media announced early Saturday morning that Fidel Castro died. He was a Marxist firebrand who shaped world history with his policies and involvement in the Cold War.

President Barack Obama, who, with Raul Castro, helped to thaw Cuba-U.S. relations after decades of Cold War tension, released a statement Saturday, as did President-elect Donald Trump who in the past has vowed to reverse Obama's efforts.

Obama released the following statement, emphasizing the U.S. would remain a "friend and partner" to Cuba in the coming days:

"At this time of Fidel Castro’s passing, we extend a hand of friendship to the Cuban people. We know that this moment fills Cubans - in Cuba and in the United States - with powerful emotions, recalling the countless ways in which Fidel Castro altered the course of individual lives, families, and of the Cuban nation. History will record and judge the enormous impact of this singular figure on the people and world around him.
‎
"For nearly six decades, the relationship between the United States and Cuba was marked by discord and profound political disagreements. During my presidency, we have worked hard to put the past behind us, pursuing a future in which the relationship between our two countries is defined not by our differences but by the many things that we share as neighbors and friends - bonds of family, culture, commerce, and common humanity. This engagement includes the contributions of Cuban Americans, who have done so much for our country and who care deeply about their loved ones in Cuba.

Today, we offer condolences to Fidel Castro's family, and our thoughts and prayers are with the Cuban people. In the days ahead, they will recall the past and also look to the future. As they do, the Cuban people must know that they have a friend and partner in the United States of America."

President-elect Donald Trump, who will be inaugurated on Jan. 20, also released a statement. Trump said his administration would work to lay the foundation for a free Cuba:

"Today, the world marks the passing of a brutal dictator who oppressed his own people for nearly six decades. Fidel Castro’s legacy is one of firing squads, theft, unimaginable suffering, poverty and the denial of fundamental human rights.

"While Cuba remains a totalitarian island, it is my hope that today marks a move away from the horrors endured for too long, and toward a future in which the wonderful Cuban people finally live in the freedom they so richly deserve.

"Though the tragedies, deaths and pain caused by Fidel Castro cannot be erased, our administration will do all it can to ensure the Cuban people can finally begin their journey toward prosperity and liberty. I join the many Cuban Americans who supported me so greatly in the presidential campaign, including the Brigade 2506 Veterans Association that endorsed me, with the hope of one day soon seeing a free Cuba."