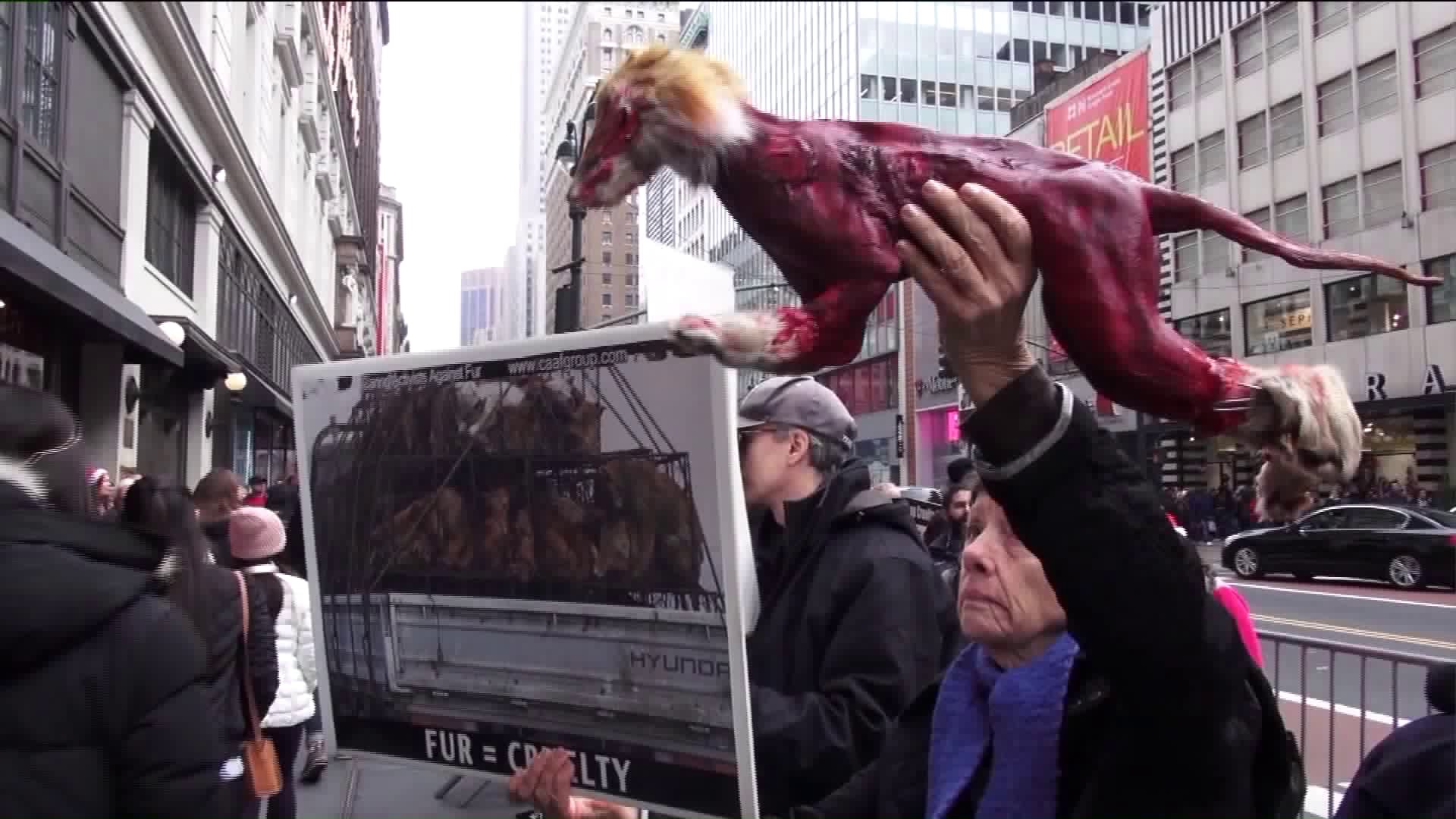 NEW YORK, N.Y. — While thousands of shoppers were out scouring for Black Friday deals, anti-fur advocates marched and chanted outside the front door of Macy’s in Herald Square to encourage people to shop cruelty-free this holiday season.

The protesters hoisted graphic photos of skinned animals, sold buttons and distributed pamphlets on what they call the "death trade."

“The animals are skinned alive,” said one protestor.

“It’s just so unnecessary,” added another.

The advocates are trying to get people to shop cruelty-free this holiday by avoiding angora, leather, wool, down, fur and other products that cause harm to animals.

“This is absolute abuse for these animals. Billions of animals die miserable deaths,” Alexis Kurjin of Caring Activists Against Fur said. “You are buying animal abuse."

Protests were planned for locations across North America, from Alaska to Canada to California. The several dozen protestors outside Macy’s Herald Square drew glares from some shoppers streaming down the sidewalk on Friday.

“I think people should really have the right to choose, actually,” said one woman who did not want to share her full name.

Many major retailers do have a fur-free policy. A spokeswoman for Macy’s said on Friday: “We respect consumer choices to not buy fur products or to shop in stores that sell them.”

But the spokeswoman added that Macy’s serves a broad customer base, many who choose to buy fur.

"If customer demand wanes, we will then re-evaluate our decision to carry fur products,” the retailer stated.