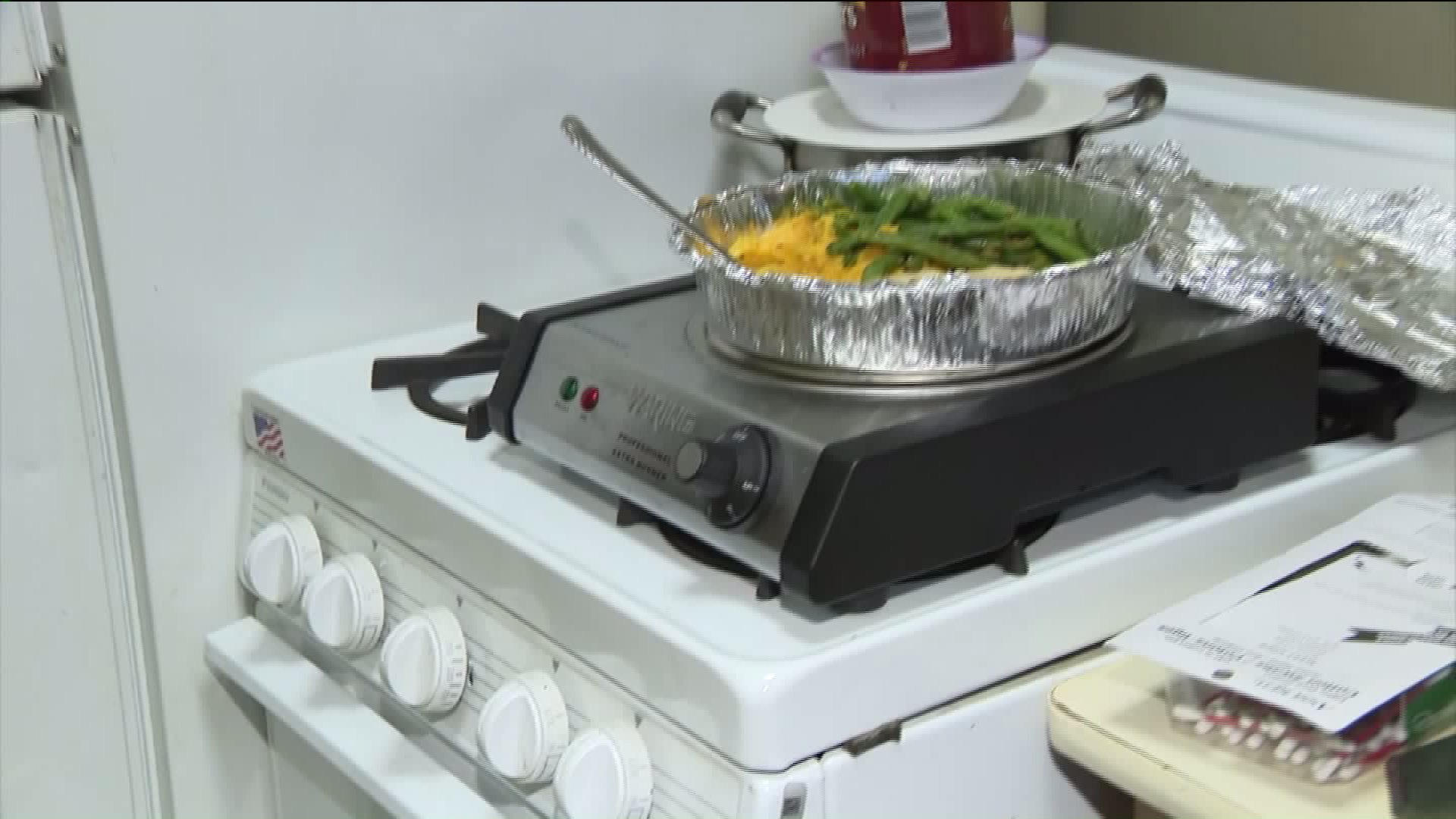 HARLEM, Manhattan -- For 15 years Elia Pagan has been cooking with gas for her big Thanksgiving feast in her General Grant Houses apartment for her elderly mother and son.

But not this year after the gas was abruptly shut off last Friday with no word from New York City Housing Authority on when it will be turned back on.

"I am annoyed and mad I can't cook on Thanksgiving," Pagan told PIX11 News. "I just turned on the oven and it didn't work."

Pagan and residents from 41 other apartments at 1305 Amsterdam Avenue in the General Grant Houses were given hot plates and free turkey dinners to make up for the lack of gas to cook with.

But to the head of the tenants association said there has been so little communication, he is still fighting get answers.

"We are trying to find out why it was shut off," Carlton Davis, president of the Grant Houses Tenants Association told PIX11. "We try to stay fighting."

As other residents also try to cope with the on again off again gas problems in the grant houses, resident organizers are planning a December 1st meeting of all tenant groups.

"It is shameful that on Thanksgiving, people cannot be grateful for a home cooked meal," Carmen Quinones, a tenant organizer said.

A NYCHA spokesman made this statement:

"Safety is NYCHA’s top priority. When a gas leak is detected, service must be shut off to protect resident safety. NYCHA, along with the utility company and the Department of Buildings, must perform comprehensive investigations of all lines feeding the development to pinpoint the source of the leak and make necessary repairs. NYCHA is working with utility companies to restore service to these buildings as quickly as possible. We apologize for the impact this is having on our residents, particularly on the holiday, but we cannot rush this work and put residents at risk. We appreciate their patience as we resolve the issues.”

It was previously stated that residents also did not have hot water, but it was later clarified that only the gas was shut off.