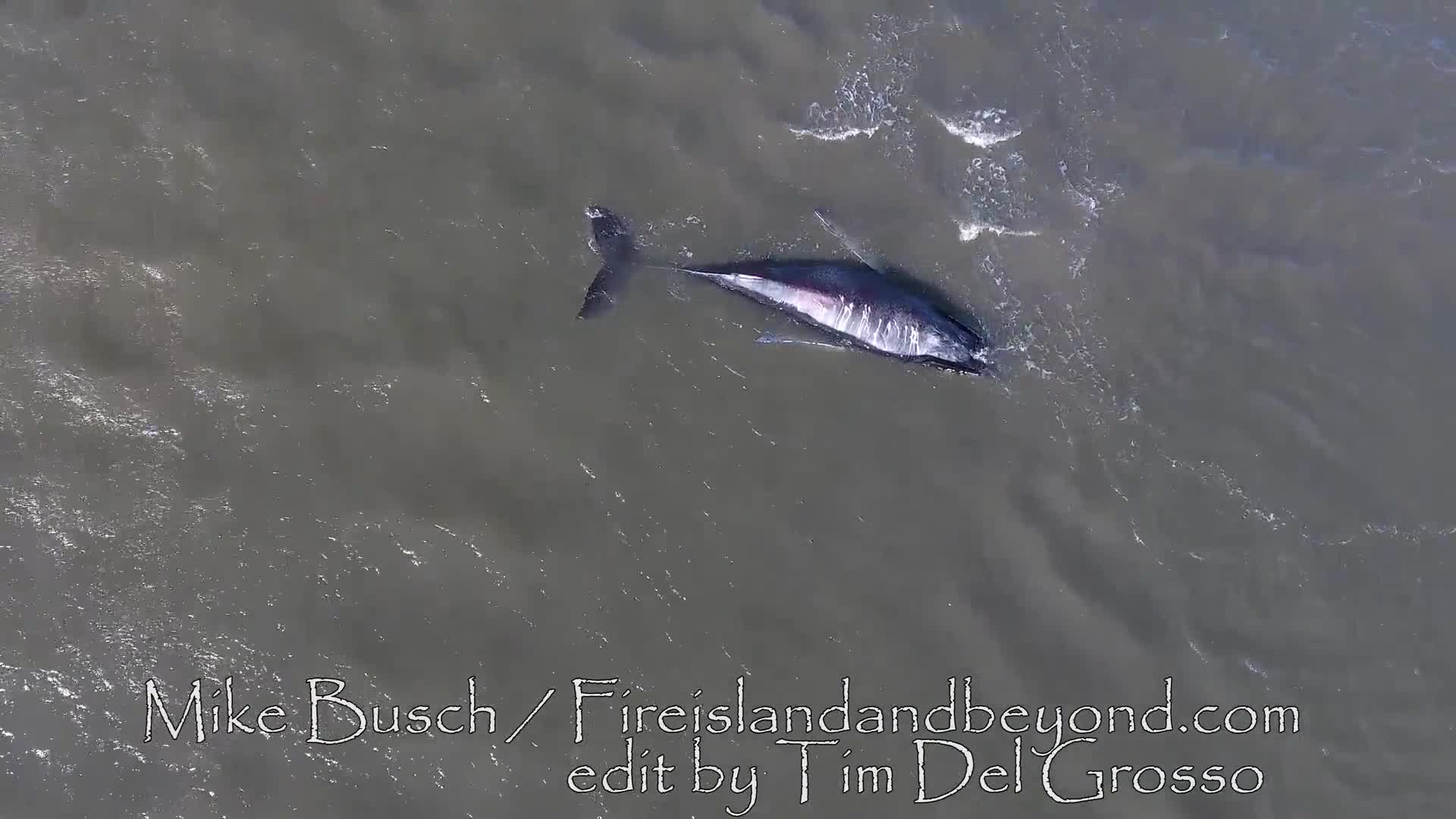 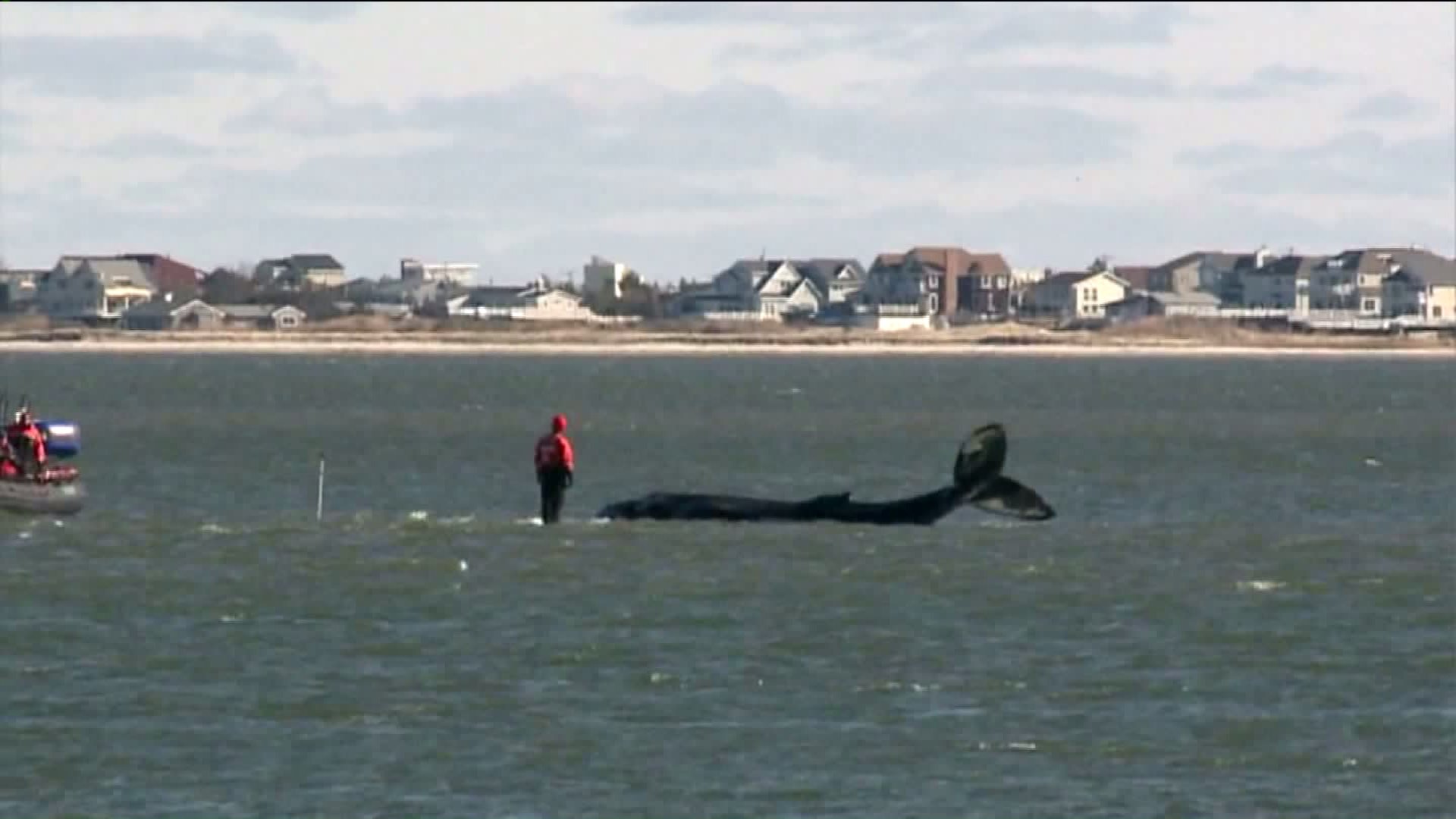 EAST MORICHES, N.Y. — A humpback whale that became grounded on a sandbar off the coast of Long Island was euthanized Wednesday, authorities said.

The 25-foot-long cetacean entered Moriches Bay about a week ago but became stuck over the weekend. Weighing up to 20 tons, the animal appeared to be sick and its condition looked as though it was worsening.

The Riverhead Foundation of Marine Research and Preservation and the National Oceanic and Atmospheric Administration tried several efforts to dislodge the whale but couldn't.

Gov. Andrew Cuomo directed state conservation officials to coordinate with the NOAA to help save the whale.

But on Wednesday, federal officials arrived and made the decision to euthanize the whale, giving it a "euthanizing solution," according to an official with the Riverhead Foundation.

Crowds of onlookers were watching as the whale was put down, with many of them openly crying over the animal's fate.

Now, its the Riverhead Foundation that must move the whale's body and perform a necropsy to determine what happened.