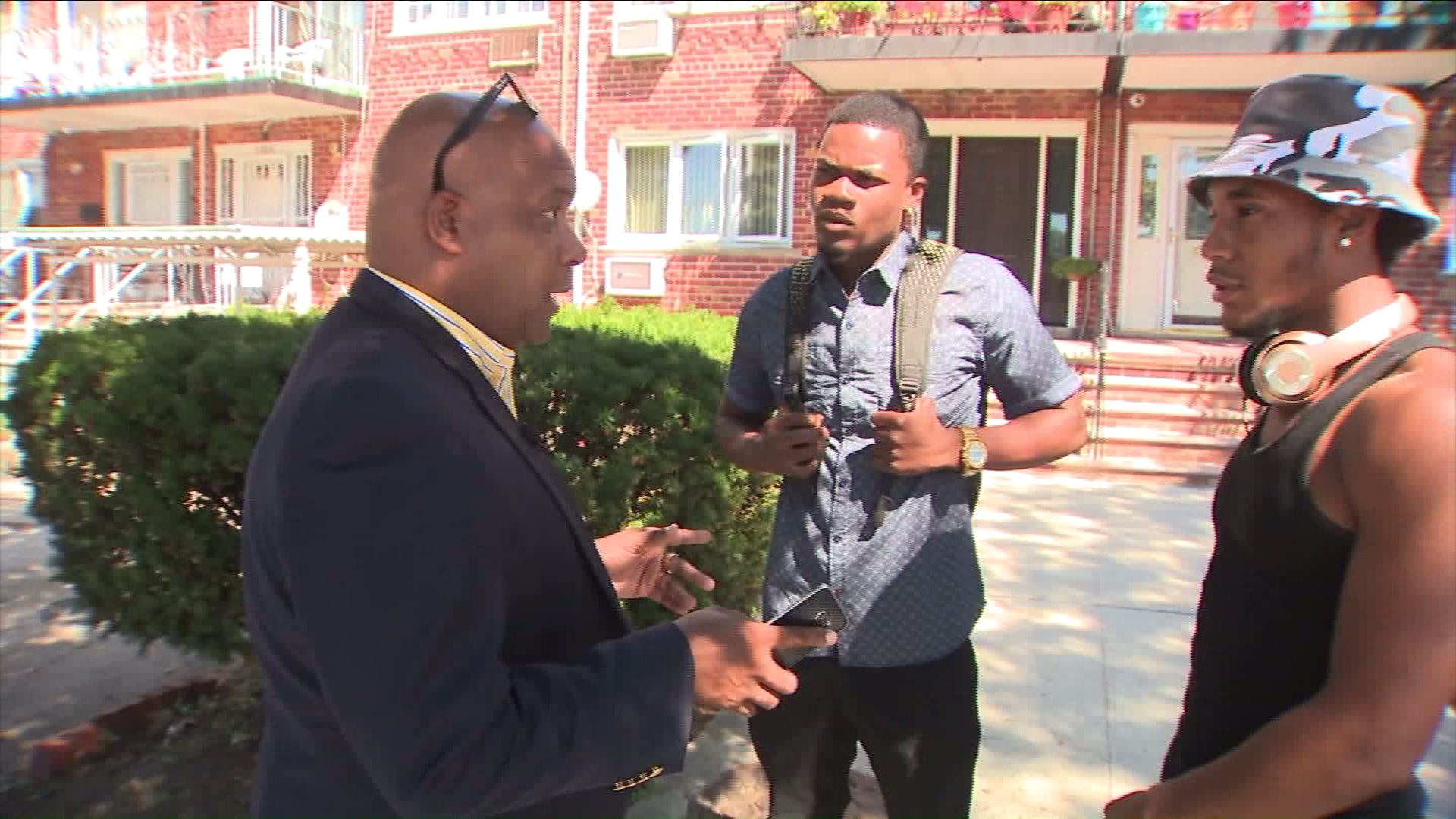 We met in a Brooklyn courthouse.  Why did I want to meet him, you ask?  Because he seems to be the Squatter-in-Chief in Beverly Daniel’s Brooklyn home.

Actually I guess it’s not her “home.” It’s her house.  She owns it.  But she can’t live there because squatters occupy it and Beverly can’t even get inside.

She bought it months ago and had to hurry through closing to retain her financing.  She made the mistake of not doing an inspection.  But she says she was assured the place would be empty for her.  It didn’t happen.

So Beverly is now on her third lawyer trying to get these squatters out.

And this court hearing didn’t help much because the other squatters didn’t show up.  That’s our legal system.  It takes its sweet time while Beverly – the rightful owner – is forced to live with her sister.  And Ethiel or Kelvin or whatever his name is along with the other squatters get to live – illegally -rent free.

But the day of reckoning is coming.  The squatters will get the boot.