Families call for help as bullying, harassment of immigrants at schools is on the rise 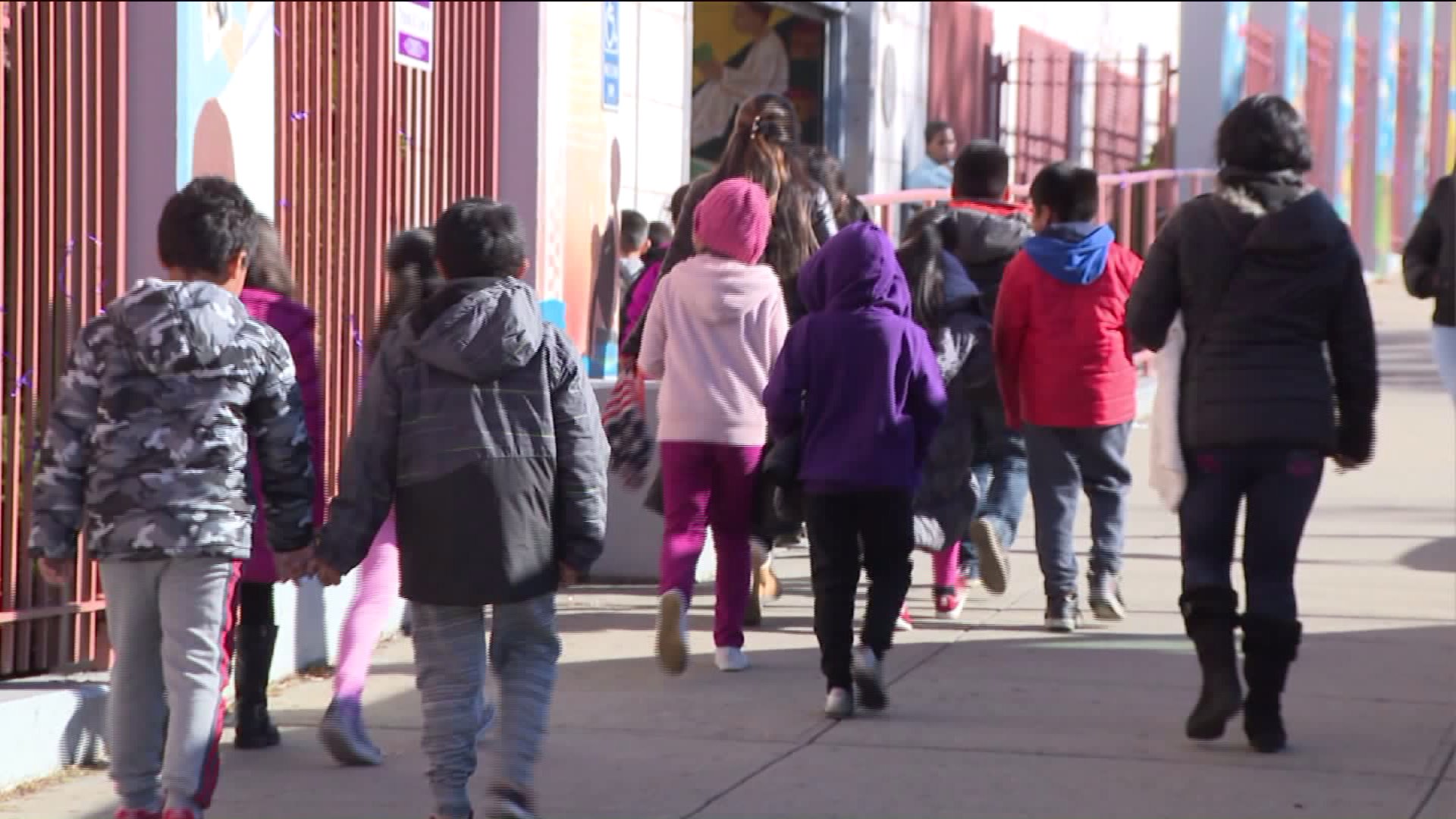 SUNSET PARK, Brooklyn —Bullying and harassment are becoming ugly problems that many immigrant families in Sunset Park say their children are being subjected to increasingly since Donald Trump won last week's election.

It's not only coming from the children's fellow students; some school workers are allegedly making threatening comments too.

The families are seeking help from their local city councilman Carlos Menchaca. He, in turn, is calling on the Department of Education to help the families and bring the problem to a halt.

Sanchez is a mother of five and wife of an immigrant and spoke about the concerns and fears she says her children have brought home with them in the wake of the election of Donald Trump.

"Children know what's going on in this world, and they do hear on television," said Diane Williams, whose grandchildren attend school nearby.

Specifically, many families in Sunset Park say, children have heard President-elect Trump's campaign themes calling for deportations of some immigrants, particularly Latinos, as well as restricting others groups, notably Muslims, from immigrating to the U.S.

It's a source of great anxiety among children whose parents immigrated here, as one religious education teacher, who did not want to be identified, told PIX11 News. She said that one of her students was very clear about her concern.

"The child came up to me and told me how worried she is of her parents being deported," the teacher said, "and what's going to happen to her family and her. She's only seven years old, [and] they're from Mexico."

Robert Figuereo is a social worker in Sunset Park.

He's among many local residents who confirm what was described in letter sent this week by their local council member, Carlos Menchaca, to Department of Education Chancellor Carmen Fariña.

Menchaca wrote that since last week's election, he'd been getting reports from local families of "student bullying, harmful language, hostile treatment by non-teacher employees." The letter said that teachers had been supportive of students.

However, it continued, and the same could not be said for some other staff members at schools in Sunset Park and Red Hook.

Phrases like, "'They'd better start packing their bags' isn't something young children should be forced to confront in a school setting," Menchaca wrote.

For her part, Chancellor Fariña, herself the child of immigrants, did not comment for this story, as PIX11 News had requested. Instead, DOE deputy press secretary Toya Holness issued a statement on Friday afternoon:

"Schools are safe havens for communities and we are dedicated to providing all students with a safe, supportive and inclusive learning environment. We have explicit protocols and robust training programs in place to ensure any incidents of harassment, discrimination or bullying are swiftly addressed."

A source at a school told PIX11 News that the specific instances of harassment and intimidation to which Menchaca referred are being investigated.