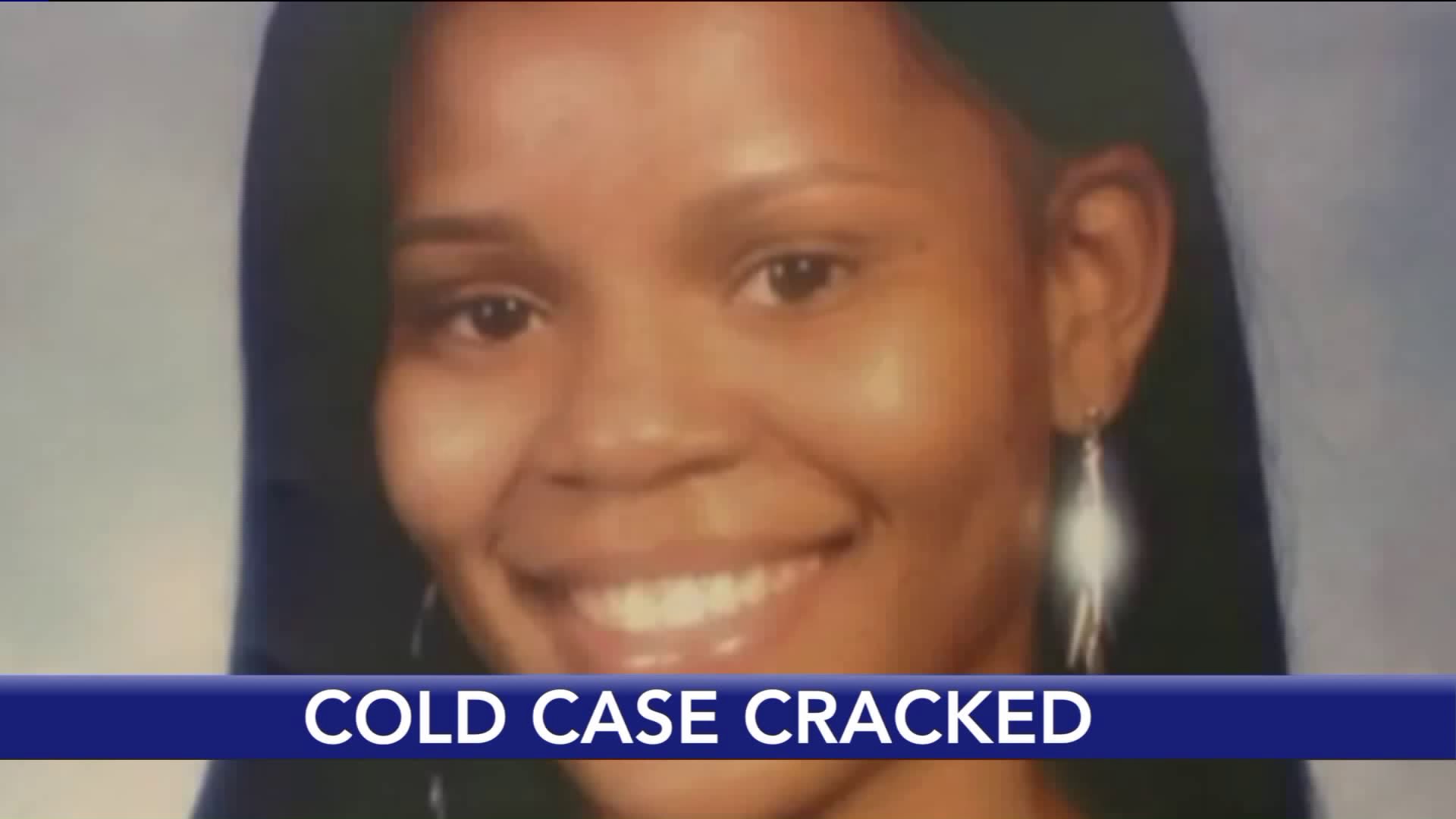 BEDFORD-STUYVESANT, Brooklyn – Sharabia Thomas, 17, lived down the block from Ralph Avenue's 81st Precinct in Bedford-Stuyvesant, and when she left for EBC Bushwick High School at 8  one morning in February 2004, she was heading for a field trip.

She never got there.

Hours later, in the confines of the adjacent 83rd Precinct, the nude body of a teenage girl was discovered in an alley on Palmetto Street. The body had been put inside two laundry bags.

Kwauhuru Govan, left, is accused in the 2004 slaying of Brooklyn teen Sharabia Thomas, whose case had gone cold for years until PIX11 News became involved.

When Thomas' family first tried reporting the teen missing in the 81st Precinct, there was a miscommunication that they had to wait 24 hours to file a missing-person report.

It took a few days to figure out that Thomas was the victim found in the laundry bags in the next precinct. She was discovered dead within five hours of leaving for school.

Now, the NYPD's Cold Case Squad has arrested a suspect in Thomas’ 2004 slaying. It was a mystery that PIX11 brought to the squad in May 2016, after we received a tip about the case from a woman who said she was a former neighbor of the Thomas family.

The suspect, Kwauhuru Govan, 38, was stopped at the door of Northwest Florida Reception Center in Chipley this week, as he was about to get released after serving time on a 2014 robbery conviction.

Washington County sheriffs were waiting to take Govan into custody, with an NYPD warrant for Govan's arrest.

Mid-week, NYPD Cold Case detectives, Evelin Gutierrez and Jason Palamara, flew to Florida to pick up Govan and take him back to Brooklyn. Govan landed in New York early Thursday and was taken to Brooklyn's 84th Precinct for
processing.

A source told PIX11 News that Govan "denies knowing her, denies ever seeing her."

PIX11 was at the 84th Precinct Thursday when Govan was moved to court, and when asked if he'd killed Sharabia, Govan responded, "No, ma'am, I'm innocent."

The Brooklyn resident who brought PIX11 the Sharabia Thomas case thought there might have been some connection to the killing of honors student Chanel Petro Nixon, who was found in a garbage bag on a Bedford-Stuyvesant sidewalk in June of 2006.

Govan was living in the Bushwick area when Thomas was killed. He was 9 years older than the teen.

There were hairs found on Sharabia's hand, but the microscopic analysis done in 2004 was not advanced.

It turns out there was valuable DNA evidence under Sharabia's fingernails.

The scrapings were kept at the medical examiner's office and when they were tested again this year, the DNA profile was entered into the national CODIS database.

The DNA profile matched a sample from Govan in Florida.

Govan yelled back to the relatives that police had the wrong man.
Sharabia's uncle retorted, "DNA doesn't lie."

Detective Gutierrez thanked PIX11 News for responding to the tip
in May 2016 and said, "Without you, we wouldn't have solved this
case."