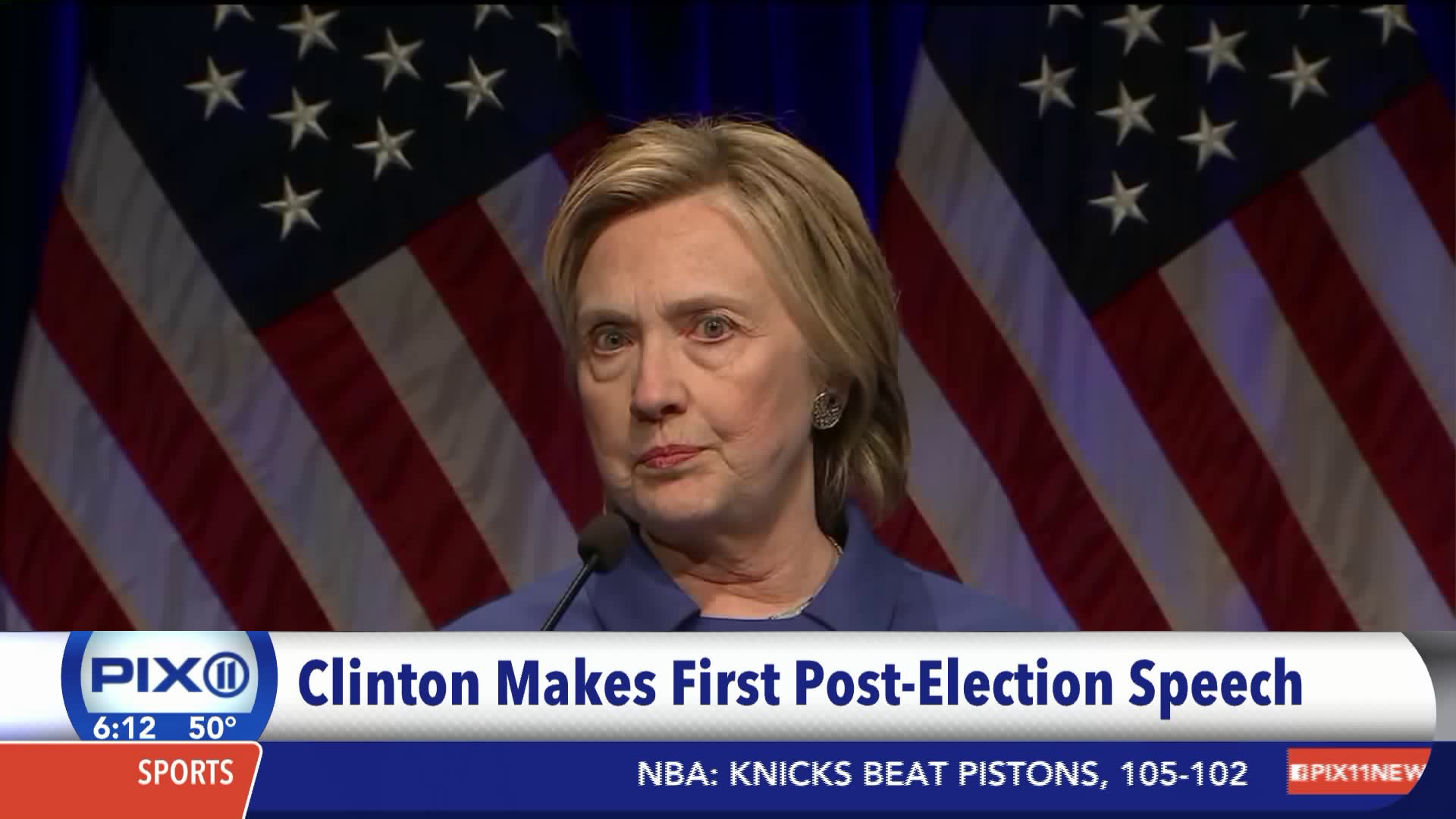 But speaking at the Children's Defense Fund's "Beat The Odds" Gala on Wednesday night, Clinton emotionally reflected about the 2016 loss and how she wished she could tell her mother -- who decades ago was abandoned as a child -- that her struggles were worth it because of what her daughter had accomplished.

"I will admit, coming here tonight wasn't the easiest thing for me," Clinton said. "There have been a few times this past week where all I wanted to do was curl up with a good book and our dogs and never leave the house again."

But Clinton did not wallow in defeat during the speech, instead turned to what she will focus on going forward, and the impact her mother had on her life.

Dorothy Rodham was put on a train to California with her younger sister to live with her grandparents. Those grandparents abused the children, and Rodham moved back to her hometown of Chicago, Illinois, to establish her life.

On Wednesday, Clinton said she wished she could talk to her mother as she sat on that train to California.

"I dream of going up to her, and sitting next to her and taking her in my arms and saying, 'Look, look at me and listen. You will survive. You will have a family of your own: three children,'" Clinton said, choking up. "And as hard as it might be to imagine, your daughter will grow up to be a United States senator, represent our country as secretary of state, and win more than 62 million votes for president of the United States."

The speech was part reflection, part pledge to remain strong in the face of a Trump administration.

"We have work to do, and for the sake of our children and our families and our country, I ask you to stay engaged, stay engaged on every level," Clinton said. "We need you. America needs you, your energy, your ambition, your talent. That is how we get through this."

Clinton started her career as an intern at the organization, which advocates on behalf of kids. She also regularly spoke about the group on the trail. In the final weeks of the campaign, Clinton pledged to close her race against President-elect Donald Trump the way she started her career, by working on behalf of children and families.

Wednesday night's appearance was scheduled before her campaign ended, an aide said, adding that there "is no more fitting place for her first formal remarks following last week."

The Democratic Party is scrambling to finds its balance after last week's demoralizing loss and the prospect of at least four years with Trump in the White House.

Clinton is also looking to chart what she does now that her time in elected office likely over. Wednesday's speech was a signal that her focus will likely be children and families.