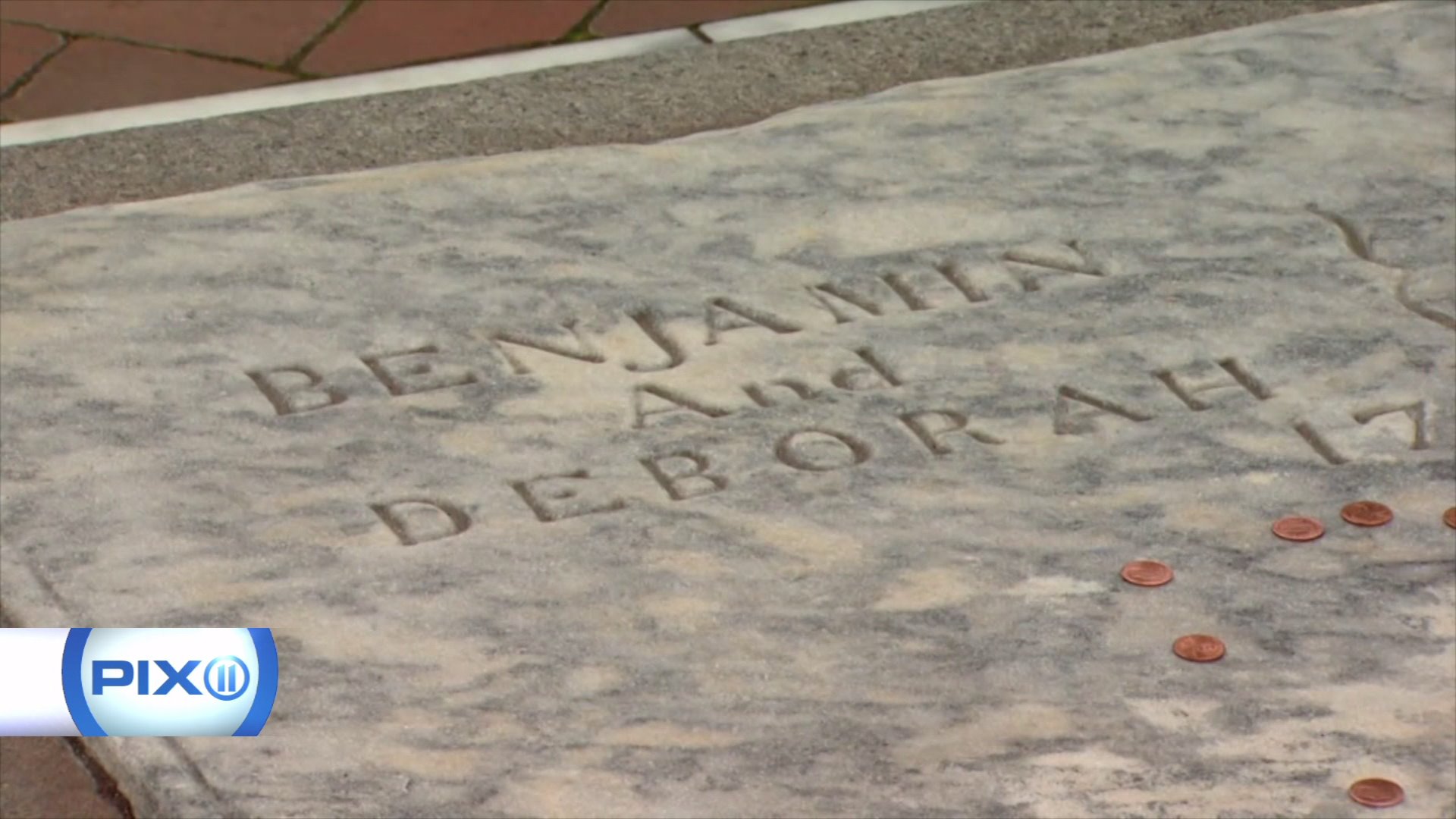 PHILADELPHIA — Jon Bon Jovi has told one of America's Founding Fathers: "I'll be there for you."

After Benjamin Franklin's grave in Philadelphia developed a giant crack, the Christ Church Preservation Trust launched a fundraising campaign to help save the grave at the church burial ground.

The marble developed the crack from the thousands of coins thrown onto the grave each year in a tribute to Franklin's famous phrase, "a penny saved, is a penny earned."

A GoFundMe page was set up with a goal of $10,000 to help cover the costs of preservation. And in an effort to never say goodbye to history, Bon Jovi and his wife Dorthea donated $5,000 to quickly push the page past its goal.

The trust says on its page it had hoped to have the grave preserved in time for the anniversary of Franklin's death in April, and were shocked they reached their goal so quickly.

Additional donations will be set aside for future preservation efforts at the grave site.