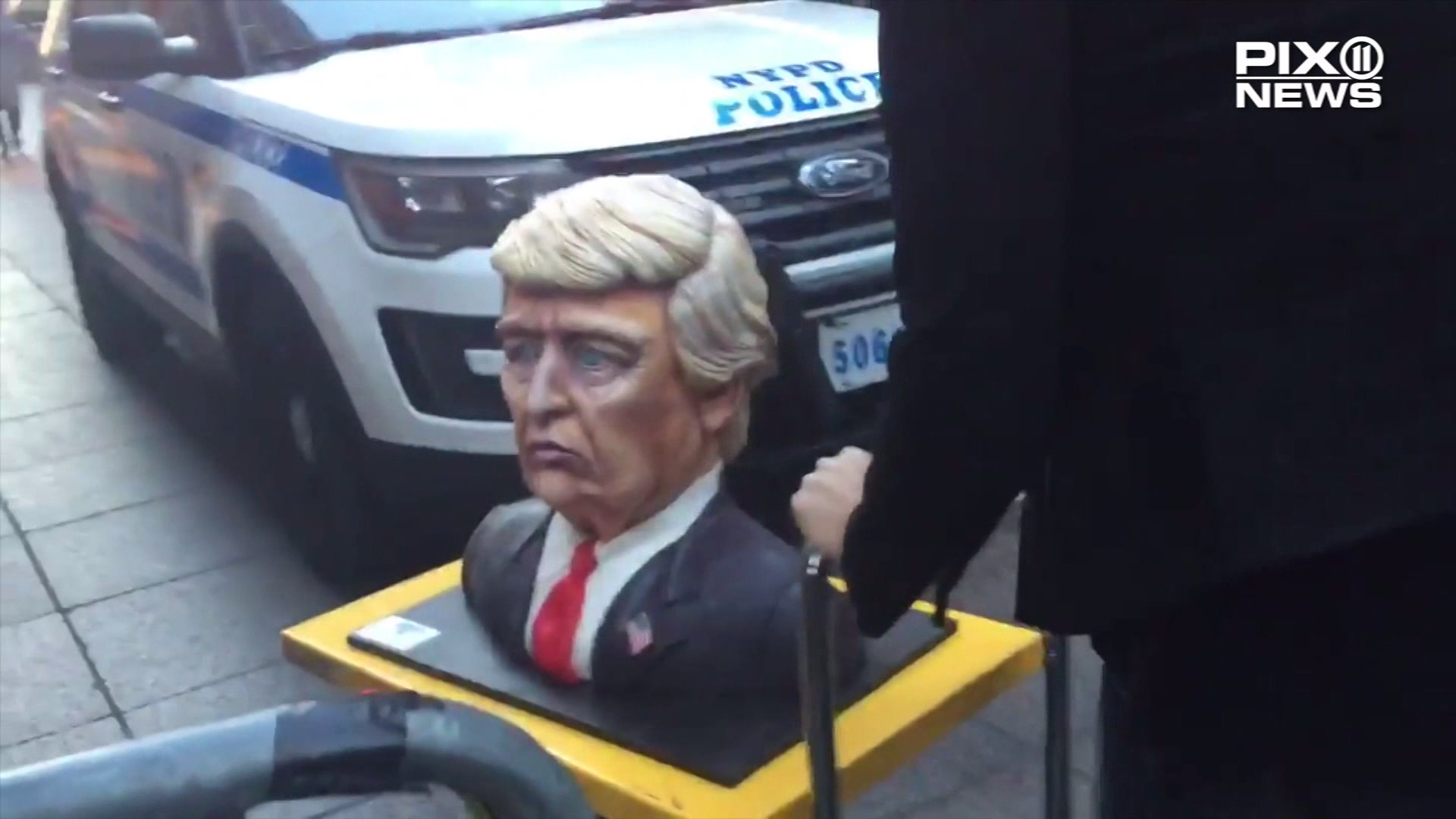 UPPER WEST SIDE, Manhattan — A Donald Trump cake bust made a surprise appearance outside of Trump Tower in midtown Tuesday evening.

The sweet bust of the GOP candidate was delivered to the Fifth Avenue building as a "victory cake" for Trump made with chocolate cake and frosting.

It was brought to Trump Tower for photographs and whisked away by several security guards within 20 minutes. But a crowd of supporters and photographers were able to grab a picture of it, where people were heard saying, "It's going to taste like victory."

After the bizarre dessert was spotted on Fifth Avenue, #TrumpCake began trending on Twitter and inspired many memes. Some commented on the cake detail, saying it looked a bit "sad" and compared it to gollum from "Lord of the Rings." The Trump Cake head was photoshopped into multiple scenarios.

These #TrumpCake memes are going to help us all get through the night: https://t.co/oiuXDIrSf9 #electionday pic.twitter.com/4eEjWxxUfo

"never talk to me or my son ever again" pic.twitter.com/dUIMDLFIVc

It was not immediately clear who sent the dessert to the building.

Trump has not remarked on social media about the cake.