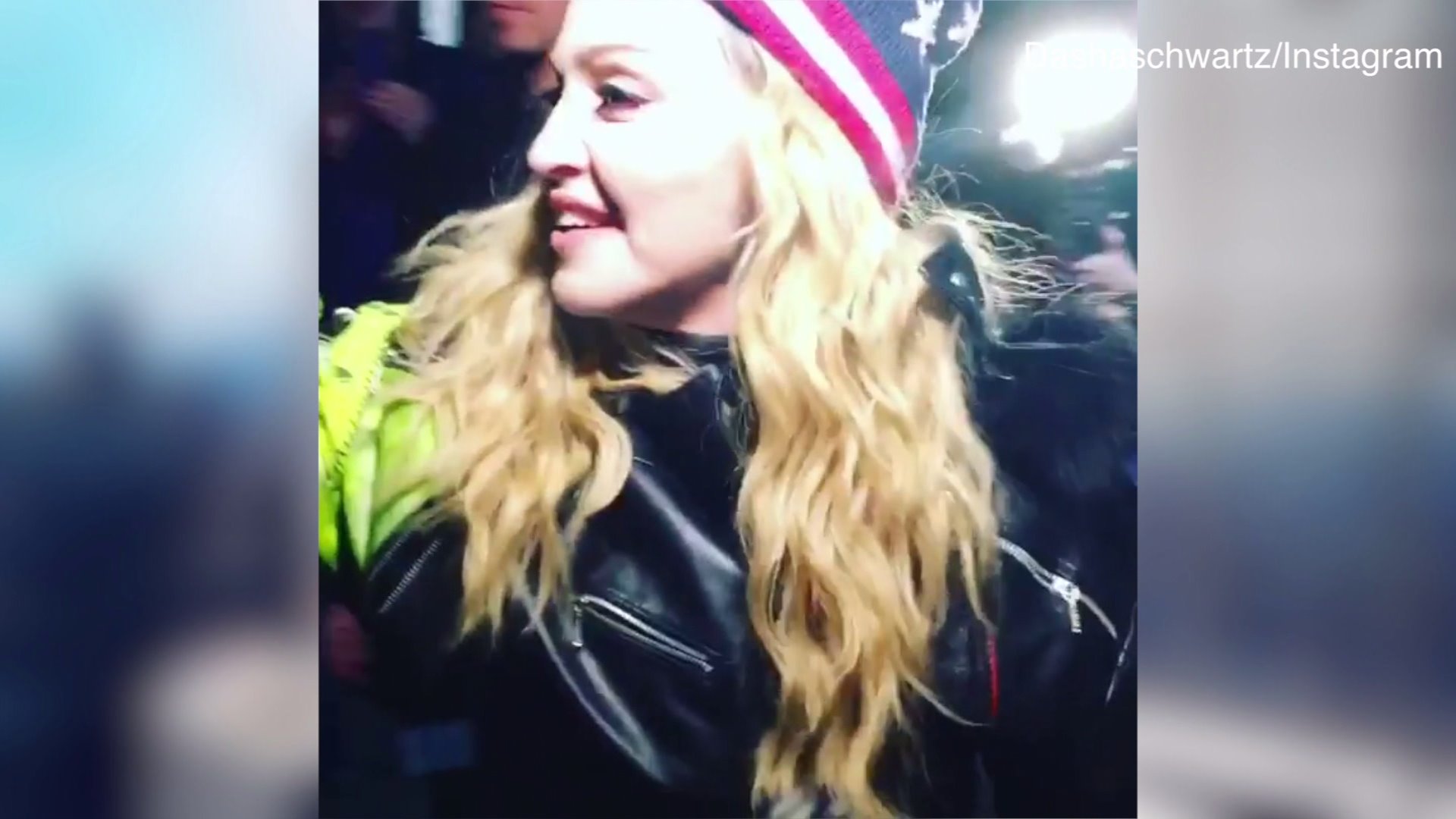 The pop star took to Twitter to let fans know she'd be in Washington Square Park at 7:30 p.m.

Wearing a red, white and blue hat, Madonna played an acoustic guitar and sang "Like A Prayer."

Madonna has been a strong supporter of Clinton and officially endorsed her in September.

Clinton spent Monday evening at a star-studded rally in Philadelphia alongside Bon Jovi and Bruce Springsteen.

Donald Trump rallied in Manchester, New Hampshire on the eve of Election Day.