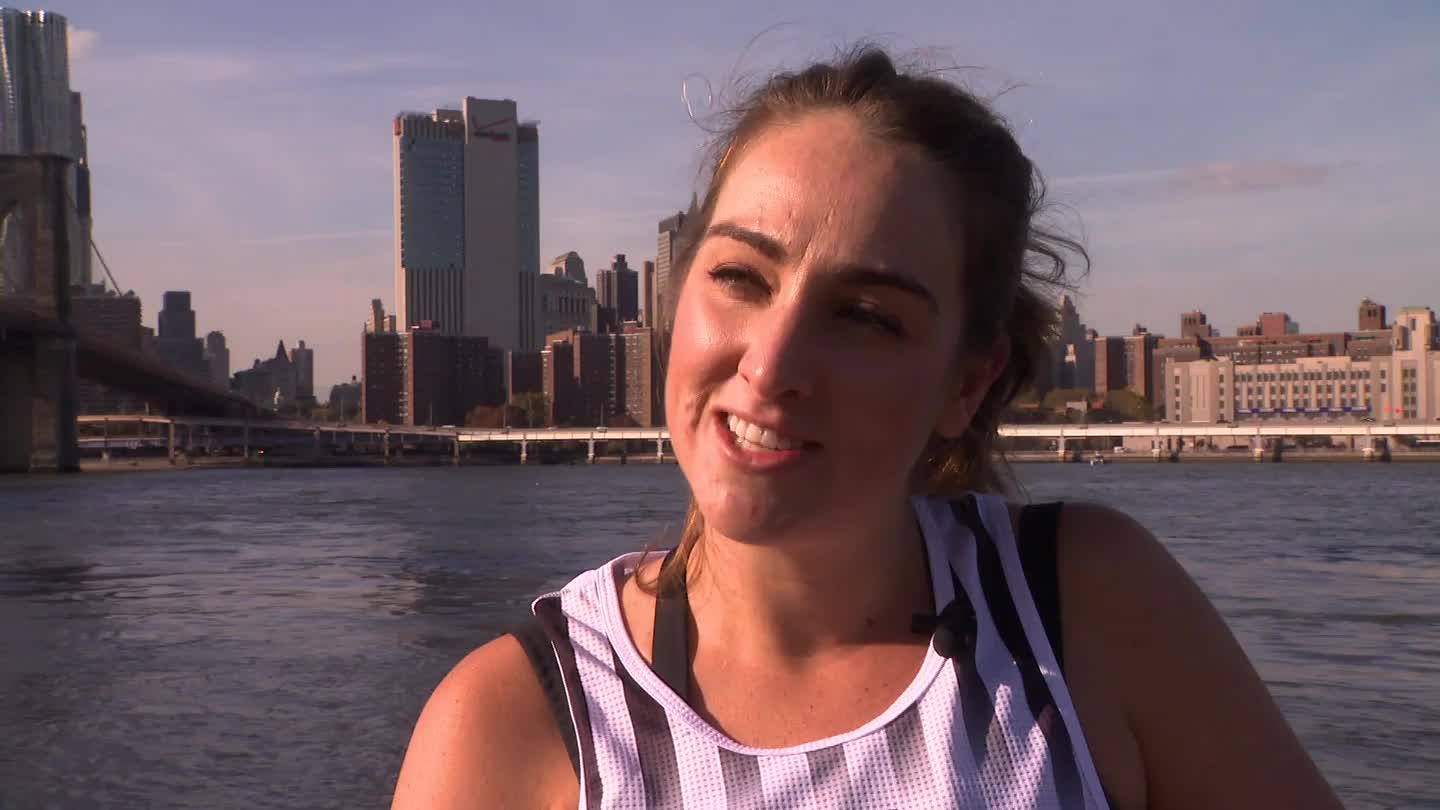 Kirstin Cole introduces us to Kelly Roberts who changed her life after starting to run, now shes helping others gain self confidence

“Do I look natural?”

She’s a runner. She’s a blogger. And she’s making a difference.

“This year Women’s Running magazine actually featured me as like one of the people changing the running game, I’m a game changer!”

The 27-year-old first stepped into the spotlight back in 2014.

“I was about to run the NYC Half Marathon and I knew my sister was there waiting in the 20 degree weather," she remembered. "I wanted to make her laugh so I took a selfie with a hot guy behind me because if there’s one thing you can find at a race it’s hot guys."

She decided to do that, the whole race, posting on Instagram. After Buzzfeed caught on, it blew up. Soon after, she started a blog, 'Run, Selfie, Repeat.'

"When I first started running there was no one talking about how awful it was, how hard it is, how the struggle doesn’t go away, how running never really gets easier and no one was talking about the funnier parts of it," she explained of why she decided to to do it.

Kelly didn’t always enjoy running though, in fact,  she’s the self-titled, former "President of the I Hate Running Club."

“I’m not kidding, I missed 76 days of PE senior year of high school because I hated physical activity that much," she laughed. "Once, I sprained my ankle on purpose to get out of the state mile."

She struggled with body issues since she was a kid and in 2009, after her brother suddenly passed away, her world collapsed.

“I didn’t know how to keep going,” she described. "And when somebody passes away, people just feed you.”

The scale eventually reached more than 200 pounds and on Thanksgiving night in 2012, the then recent college grad decided it was time to make a change.

“So I put on my shoes and said I’m going to go for a run and it was awful," she said. "But for some reason, the next day I was like I want to do that again!”

Within a few months, Kelly signed up for her first marathon.

“I’ve done six marathons and I can’t even tell you how many half marathons I've done," she added.

She’s learned you don’t have to look a certain way to be a runner, it’s all about how you feel.

"It’s one of the reasons why I launched the #SportsBraSquad initiative, to encourage women to just run in their sports bra,” Roberts explained. "Just being confident in your skin takes time, taking your shirt off, taking pictures of yourself and posting them and showing them I can run a 6:30 min mile and this is what I look like."

She’s also been sharing her journey, training for this year's TCS New York City Marathon, as a member of the Foot Locker 5 Borough Challenge.

“I’d normally start and end my runs right over there so that I could get ice cream," she smirked.

And as excited as she may be about being called a Game Changer, her biggest joy comes from helping women find their confidence.

"To me, if like one person emails me and tells me that I’ve made their life easier or that they’ve decided they want to run a half marathon, it’s a win!" she said.