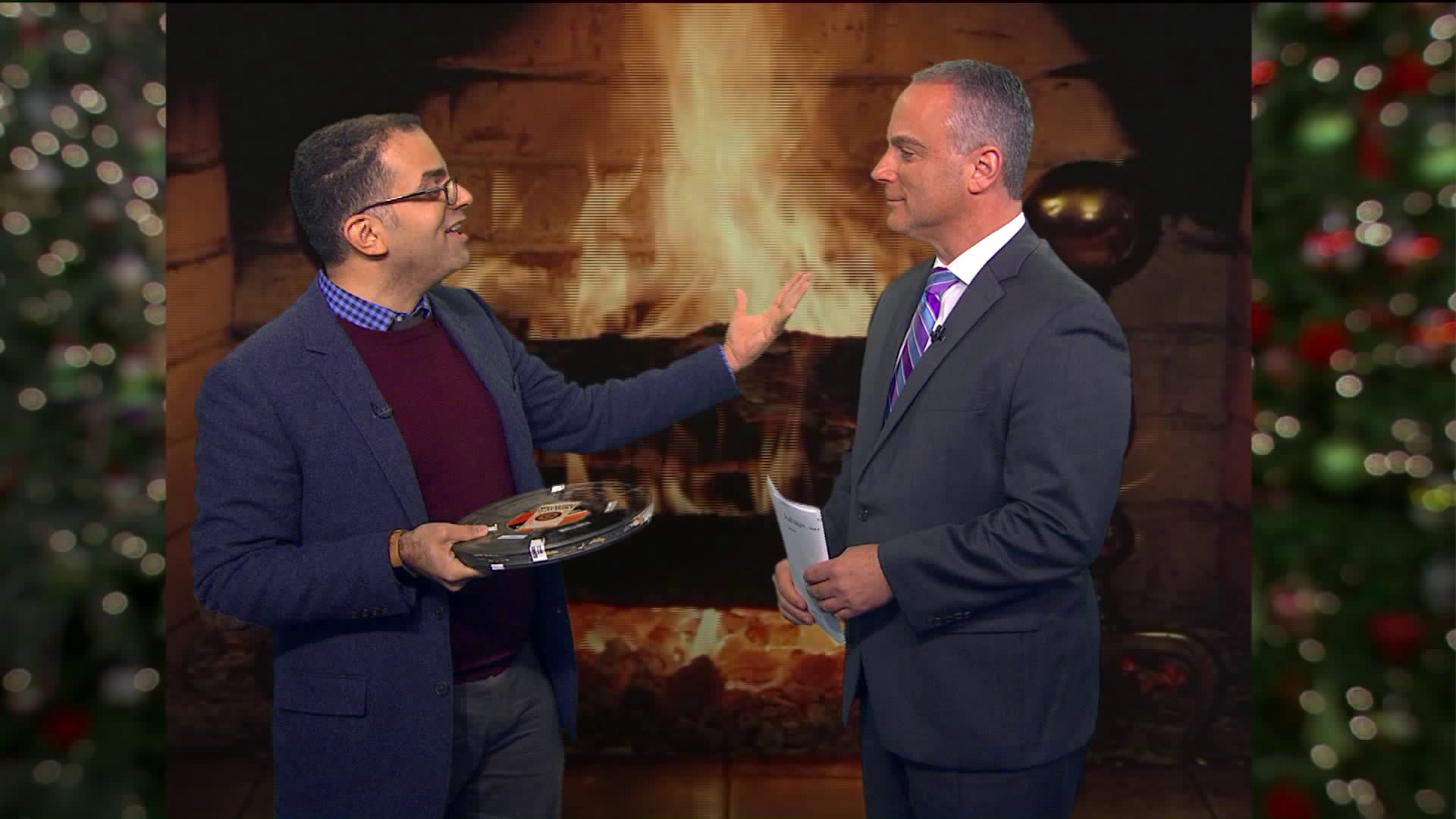 NEW YORK — PIX11, Tribune Broadcasting’s New York flagship station, is thrilled to announce the station will air the original 1966 version of the Yule Log, which has not been seen on air since 1969. The 1966 Yule Log, long assumed to be permanently lost, was found and restored. It will air as a one-hour presentation exclusively on PIX11 on Christmas Eve 2016, exactly 50 years after its debut and again on Christmas morning.

The 1966 version of the Yule Log, filmed at Gracie Mansion, aired each Christmas Eve through 1969 until the film degraded. A new Yule Log was filmed in 1970 as a replacement, and has aired ever since.

In July of this year, PIX11’s digital director and archivist, Rolando Pujol, discovered the original 1966 Yule Log in the WPIX archives. It was part of a vast WPIX film collection donated by the estate of former PIX11 executive Bill Cooper and his wife, Kay Arnold. Cooper, who died in the 1980s, had produced the 1966 and 1970 versions of The Log. After Arnold's passing in 2014, PIX was invited to retrieve dozens of tapes and film reels from their home in New Jersey.

As Pujol was exploring the film cans from the Cooper/Arnold collection, he happened upon a 16mm film titled “Original WPIX Fireplace." Stunned and hopeful this might be a Christmas miracle, PIX immediately had the film digitally transferred at Technicolor-Postworks in Manhattan. A few days later, the station had confirmation; it was indeed the lost 1966 Yule Log.

The master film contains two minutes of color footage, and the fireplace itself loops every seven seconds. PIX11 is thrilled the 1966 Yule Log has been found and restored, and will air as a one-hour presentation exclusively on PIX11 on Christmas Eve from 11pm to midnight, 50 years after its debut.

After the 50th Anniversary airing of the Yule Log, PIX11 will air Midnight Mass at St. Patrick’s Cathedral in New York City. PIX11 will also air the 1966 Yule Log on Christmas morning from 7-8am followed by the traditional 1970 version of the Yule Log from 8a-12p.

12-1:30am MIDNIGHT MASS AT ST. PATRICK'S CATHEDRAL (LIVE)
• A PIX11 holiday tradition, the station will broadcast the Catholic Christmas Mass live from Saint Patrick’s Cathedral in New York.
• The Mass will also be live streamed on PIX11.com and also on PIX11’s Facebook page PIX11 News

1:30-2am THE HONEYMOONERS “Twas the Night Before Christmas” episode

8am-12pm THE YULE LOG (1970 Edition )
• The 1970 Yule Log will feature a new hour of music produced by Lawrence F. “Chip” Arcuri, the creator of theyulelog.com fansite. Will also stream on PIX11.com from 8am-5pm
• Will air on Facebook Live 8am -12pm (on PIX11 News, PIXYuleLog and WPIXArchives Facebook pages)
• The Log will be live tweeting @PIXYULELOG on twitter during the broadcast
• Log merchandise http://www.cafepress.com/wpix/

12-2pm MARCH OF THE WOODEN SOLDIERS (1934) The Laurel and Hardy classic has been a PIX11 Christmas tradition for decades.

2-3pm THE MAGIC GARDEN CHRISTMAS SPECIAL (1981)
• Beloved performers Carole Demas and Paula Janis prepare for Christmas in The Magic Garden in this PIX11 holiday special, rediscovered in a tape vault at WPIX in 2013. Will also be live streamed on PIX11.com